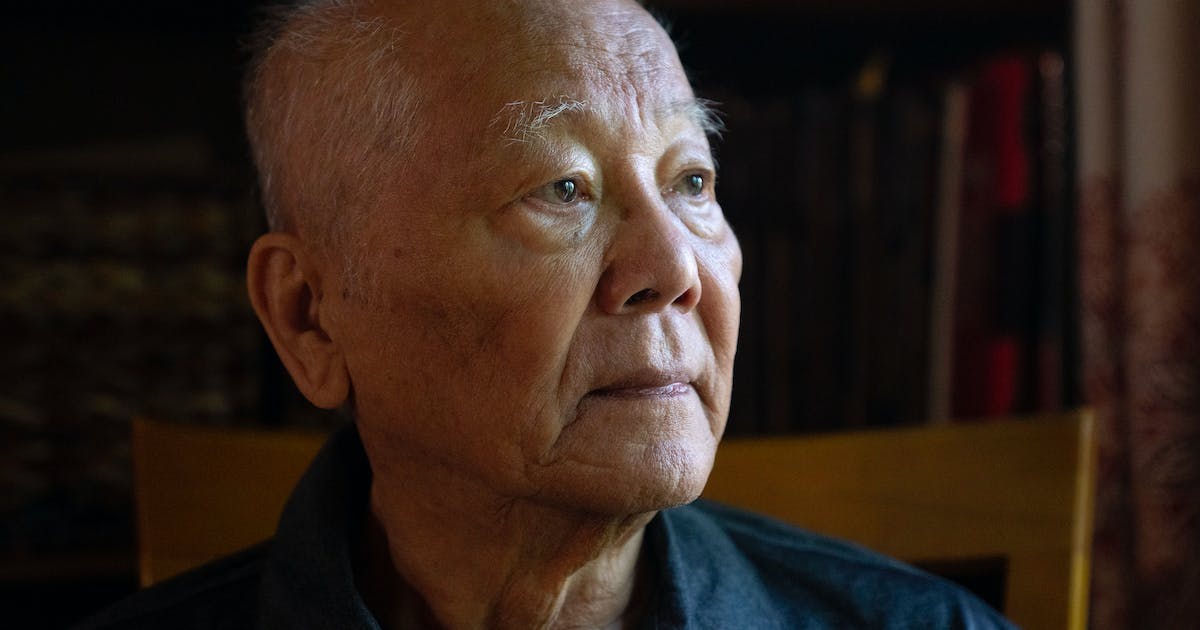 They were considered America’s secret weapon in the war against Japan.

But decades later, their secrets – and the stories of their sacrifice – must be shouted from our rooftops.

Eighty years ago this month, the first of 6,000 soldiers came to the Twin Cities during World War II to be trained at a secret military intelligence language school. Most were Nisei, born in the United States to Japanese immigrant parents. They would later be dispatched to the Pacific theater to intercept radio signal communications, translate captured battle plans, interrogate POWs, and even crawl to enemy lines to spy on Japanese commanders.

Yet their contributions are unknown to most Minnesotans.

From his daughter’s home in Savage, a few miles from the site of the former Camp Savage language school, 94-year-old Seiki Oshiro has been trying to preserve this piece of history. He helped create a database of more than 8,000 names of those who, like him, served in the Military Intelligence Service (MIS).

The irony is that many of these men and women, or their families, were incarcerated because the US government considered them a national security threat because of their Japanese ancestry.

“I think about this all the time: why fight for a country that put you in a prison camp?” said Kimmy Tanaka, program supervisor at Historic Fort Snelling. who educated visitors on this often missed chapter.

She said many of these soldiers, who were told they “looked like the enemy”, were motivated to prove that they should be treated like any other American citizen.

“They shouldn’t have had to prove that,” she said. “But it’s a form of resistance or resilience, in the face of so much racism and prejudice, to say ‘I’m going to give it my all because I believe in constitutional democracy’ and to have faith in the system even when the system let you down.”

Oshiro began delving into Japanese American history after finishing his career as a computer programmer at Control Data Corp. in 1990.

He was rummaging through the records of the Minnesota Historical Society library when he came across a 1946 yearbook-like yearbook for graduates of the MIS language school.

But the list of graduates only identified soldiers by their first initial and last name. Think of “H. Nakamura” as the equivalent of “J. Smith” in the Japanese-American community, and you can begin to grasp the columns of anonymity that populated these pages.

“I felt it was a real slap in the face for the Niseis,” Oshiro said. “That’s what pushed us to work, to do to make them more visible to the community.”

In 2000, Oshiro began compiling a more comprehensive list with Grant Ichikawa and Paul Tani, both MIS veterans who have since died.

Oshiro was not naturally equipped to be the guardian of this vast wealth of information. Despite his old-school computer training, he didn’t even know Excel. But he kept the project going for decades, plugging in the missing pieces. He and his late wife, Vici, even spent three weeks at the National Archives in St. Louis photocopying 6,000 pages of microfilm.

He also cold-called family members of veterans. Oshiro asked for discharge papers or other documents that would offer confirmation of the veterans’ deployment.

“Some people were insulted. They immediately silenced me,” he recalls. “They didn’t want me to probe that deep.”

The language school – which operated at Camp Savage from 1942 to 1944 before moving to Fort Snelling – was, after all, a classified military enterprise. Students were instructed not to talk about what they had learned or were simply reluctant to pass on stories of their wartime experiences. Many details were not known to the public until government records, albeit spotty and incomplete, were released under the Freedom of Information Act in the early 1970s.

When Karen Tanaka Lucas moved to the Twin Cities in 1970 to attend the University of Minnesota, she had no idea her father had been educated in the state at a secret language school. While his siblings and parents in California were arrested and incarcerated, Walter Tanaka was being trained at Camp Savage. In 1942, he was part of his first class.

“He didn’t tell me anything,” Tanaka Lucas said. “It seeped in, bit by bit, over the years. Even now, I’m still learning.”

She learned that these soldiers, even in the face of racial hostility, were considered assets by the government because of their familiarity with Japanese language and culture. They memorized 50 characters a day, some of them reviewing flashcards at night in the latrine, the only place where the lights were still on. Many of them spoke poor Japanese before taking their crash course in Minnesota.

After graduating from Camp Savage, Walter Tanaka served in Australia and the Philippines, specializing in prisoner interviews. They were injured, sick and dying – and stunned to be greeted by a Japanese face speaking their language and treating them humanely, Tanaka Lucas said.

Her father offered them medical care, chocolates and cigarettes, and asked about their families back in Japan.

“A captured Japanese soldier had no psychological defenses,” Tanaka Lucas said. “Once you brought them there, they would tell you nonsense. There was almost never any information they couldn’t get.”

The first language school opened in San Francisco in November 1941. A month later, after the attack on Pearl Harbor, President Franklin Roosevelt’s Order 9066 forced people of Japanese descent from their homes and their livelihoods all along the west coast. It also forced the language school to move.

Military commanders searched for a new site that would have the least resistance to an influx of Japanese Americans. Popular opinion across the country was in favor of keeping them behind barbed wire, according to surveys conducted at the time. Colonel Kai Rasmussen explored various sites, but only one governor, Harold Stassen of Minnesota, said yes.

“The area chosen had to not only have a place physically, but also in people’s hearts,” Rasmussen told the Minneapolis Morning Tribune in October 1945, several weeks after Japan’s surrender.

Some Japanese-American recruits ended up putting down roots in Minnesota after the war. The late Toshio William Abe, who also trained at Camp Savage, recalled in an oral history interview that Minnesotans were generally friendly, as opposed to people on the West Coast who looked at him like he was “a kind of sub-human animal walking on the street.”

“You consider us loyal Americans, nothing more, nothing less,” Abe told a Minnesota audience in 1993. “And in that spirit, I think a lot of us went out there and does our job, hoping not to let you down.”

The script for a speech given by Abe is in the Savage Public Library, where artifacts related to Camp Savage’s history have been meticulously documented.

Over the years, journalists, filmmakers, local officials and community members have attempted to bring this little-known story to life. Oshiro and his list became the subject of an independently produced documentary, “The Registry”, and TPT launched a separate documentary about the language school called “Armed With Language”. Members of the Twin Cities Japanese American Citizens League have created a school curriculum so students can learn about this Made in Minnesota history.

In 2011, the Congressional Gold Medal was awarded to members of the military intelligence service and two Nisei military units. Oshiro received a bronze replica of the medal, which he passed on to Savage’s library. He wanted to give his medal to the community, he told me, because “that’s where it all started.”

So few of these heroes are still alive to tell their stories. But it’s not too late for the rest of us to start learning.

If you are going to

A panel discussion, “Minnesota Connections: The WWII Military Intelligence Service Language School and the Building of a Japanese American Community,” will take place at 1:30 p.m. on June 18 at the Minnesota History Center in St. Paul.