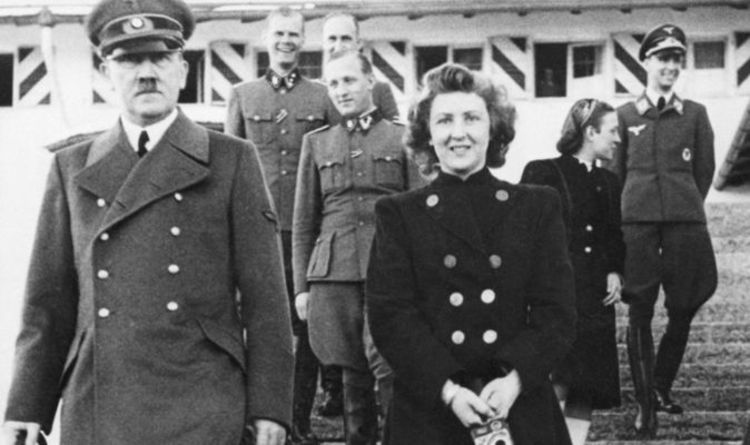 The legendary investigator claimed in 1981 that he discovered a sunk Nazi submarine off the Turks and Caicos Islands, near the Bahamas. The crew of 20 were looking for the Pinta, one of three ships that sailed with Columbus to the “New World” in 1492. However, when Mr. Miklos dove below the surface of the ocean to search wreck, he would have found a German submarine – or a German submarine.

The explorer claimed the ship was part of a fleet of modified German submarines used to smuggle art, gold and senior Nazi officials out of Germany at the end of World War II .

Such theories have been put forward before, but Mr. Miklos also made the additional extraordinary claim that Hitler, his wife and Eva Braun were on board the submarine.

The allegations were examined in an episode of the new “Greatest Mysteries in History” series on the History Channel US.

The docuseries, which are presented and produced by Laurence Fishburne, follow a team of experts as they attempt to retrace Mr. Miklos’ footsteps and find the submarine.

As the documentary explains, there are certain facts that lend credibility to some of Mr. Miklos’ arguments.

JUST IN: Tragedy as missing toddler of British expatriate mother, 3, is found dead in burnt out car

Nazi submarines sailed the Caribbean, and at the end of World War II many Nazis managed to flee Germany to live in South America.

However, experts have questioned his most controversial claim about Hitler’s flight from Germany.

Diver and explorer Mike Fletcher, who is leading the search for the submarine, is among those to appear in “History’s Greatest Mysteries.”

Speaking about Mr Miklos’ claims, he said: “There is one thing he claims to be on the sub and I just said ‘wow!’.”

After Mr Miklos’ death in 2018, Mr Fletcher received the treasure hunter’s supply of documents on the possible location of the submarine.

The couple had retreated to the secret underground bunker at Hitler’s headquarters in the German capital, where they took cyanide capsules and Hitler also killed himself.

However, Mr Miklos said he spoke to Nazi hunters and retired German officers who convinced him Hitler faked his suicide and escaped on a modified submarine.

Mr Fletcher poured cold water on the theory that Hitler faked his own suicide and fled Germany aboard a submarine.

He said, “Do I believe Roger found a submarine?” Absoutely. Am I to believe the submarine was carrying gold and paintings looted in Europe after the war? It’s possible.

“But, do I think Hitler was on his submarine?” No.

“It’s obvious to me that Roger liked a good title. He loved being in front of the press camera.

“He needed attention. He needed to garner support for his idea. He needed the money from the investors.

“But more importantly, he needed a permit to return to the Turks and Caicos Islands to prove to the world that he had actually found a submarine.”

‘History’s Greatest Mysteries’ is available on the History Channel US.