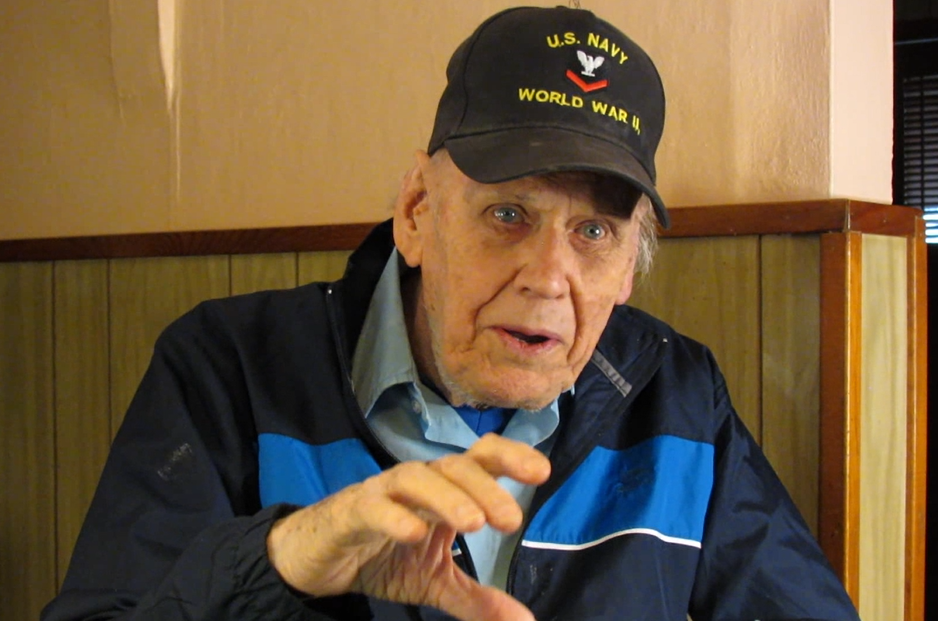 He started out in air transport, but he wanted to do something with submarines.
And even though his mother was against it, he was assigned to a submarine tender which is a
ship that supports submarines. He spent a lot of time in Guam, building a submarine base and he also performed deck duties on the USS Sperry and the USS Proteus.

It was dangerousâ€¦ because the Japanese and the Americans fought a long and brutal battle in the Pacific.
now I wasn’t so sure I would live … but sure the US would win the war, yes
He says that as a member of the Sub Tender crew … he could … at any time be ordered to serve on a
under. But her young age, 17, prevented that from happening.

â€œThere isn’t a submarine commander in the fleet who will be a 17-year-old kid on a first tour of duty with a submarine,â€ Tabor said.

When the war ended, he was asked to be part of an elite combat force called the Amphibious Scouts and Raiders, later known as the Navy SEAL. He spent several weeks training but when asked to sign up for 5 years he refused.

The reason, he had married a pretty Irishwoman from Connecticut named Catherine.

“She said I won’t marry a regular, if you stay in the Navy the answer is no,” Tabor recalled.

Gus served two more years in the North Atlantic as the United States monitored Soviet activity for
the Cold War.

After the service he worked for a while in Connecticut and then they returned to Terre Haute. Later in his career he worked for Union Carbide and then spent 20 years as a federal law enforcement officer at
the US federal prison in Terre Haute.

Thirty years after the end of the Cold War, the UK must support post-Soviet success