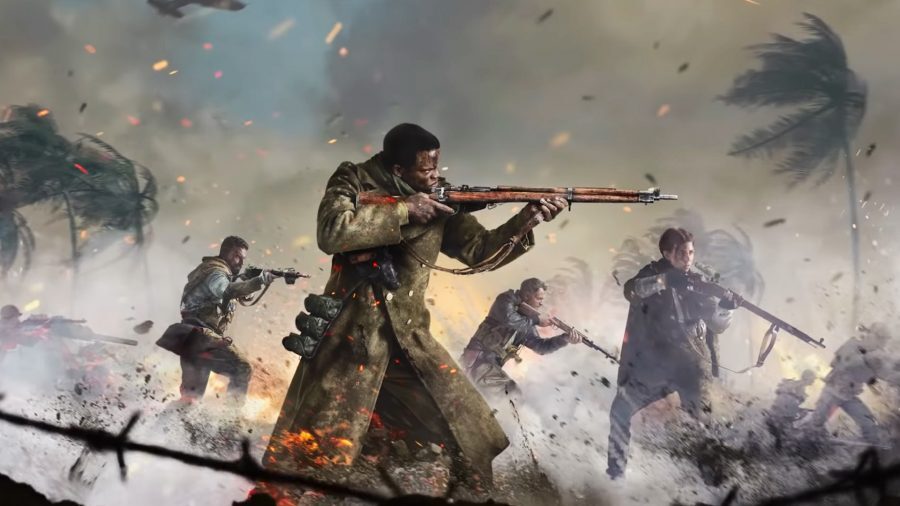 
I understand. The drama, the tension, the hatred, the widespread violence, the technology, the fanaticism. The Second World War is interesting, it is undeniable. It’s sad and hard and everything is terrible in this world. But there are stories of triumph, of glory, of redemption. Of revenge.

Do FPS games use WWII as a kickstand? (Image via Activision Blizzard)

So why aren’t many gamers excited about WWII based games? It’s done too much.

I never thought I would characterize WWII as unimaginable or boring, especially as a Jewish person. But I’m starting to get the feeling that WWII is being exploited for easy interest in otherwise generic and uninspired FPS games. Maybe leave WWII to the open-world cinematic games that take the time to delve deep into the people behind WWII, the intricate stories and struggles. Let’s think about another topic for FPS games in the future.

Call of Duty: Vanguard is the new WWII based shooter. The campaign follows Lieutenant Lucas Riggs, who is stationed in Libya as part of the Australian garrison of the Tobruk Rats. If I continued it would sound like one of those videos where time goes by and the person keeps churning out lines of gibberish. The second battle of El Alamein. Major Henry Jamms receives a punch. Riggs goes to jail. Lt. Wade Jackson is a combat pilot in the Battle of Midway. The plane is shot down by soldiers of the Imperial Japanese Army. But he is saved. Polina Petrova is a nurse. She attempts an assassination. This goes on and on until all of these people (and more) collide. Secret Nazi program. Form. Global Nazi covert operations uncovered. Bunkers.

But it all comes down to that in multiplayer – you’re a person holding a WWII weapon on a map based on a war-torn country during that time period and there are WWII bunkers and vehicles. global.

I remember when Vanguard was revealed part of the gaming community immediately thought, “World War II again? Are they out of ideas? Well, seeing as Call of Duty comes out every year, I’m going to say “Probably”. But honestly, I don’t think the game is really terrible or anything, especially not to include references to WWII. It’s just disappointing.

Call of Duty already fought WWII. In fact, the first eight games (excluding Modern Warfare) are about WWII. This means that from 2003 to 2008 it was all about WWII. Then Battlefield went to WWII in Battlefield 1942. Then again in Battlefield V, which EA declared to be “WWII as you’ve never seen it before,” which sounds oddly exhilarating and exciting. while it is supposed to relate to the death camps. Good game anyway. Then there’s Battalion 1944, Medal of Honor (four times), Hour of Victory, Days of War, and a bunch of other FPS games.

Like what more to say? Yes. The Nazis are bad. I like to film them in video games.

But if we want to have more WWII games, I don’t want them to be FPS titles anymore. They should be strategy games or story-driven games, or RPGs. Anything that explores another side of WWII other than killing Germans and having maps set in the 1940s.

In an interview, Marco Minoli, Marketing Director of Slitherine, said: “World War II saw a very rapid technological advance in a very short period of time… It went from horses to nuclear weapons. There are many types of WWII games spanning all levels of command. That is to say, operational, strategic and tactical.

WWII has everything people want (which is weird to say). There are so many countries involved. There is brainwashing and evil governments. He has pain, fear and anguish. He has torture. He clearly has people to hate. It has awesome technology. It has very stressful scenarios and choices that will make your heart beat faster. There is espionage and assassinations and secret groups are rising up.

But does any of this really matter in an FPS set during WWII? Not really.

Not everyone is bored of shooting an M1 Garand?

I want FPS titles to bring something new to the table. It seems there are only two options at the moment: WWII and the future. And Vietnam? What about the war in Iraq? What about the cold war? What about the Korean War? The Crusades? First World War? The French Revolution? Civil war? Revolutionary war? American-Mexican War? Godzilla vs. Kong? Aren’t these wars GOOD ENOUGH for you, Activision Blizzard?

I think it’s safe to say that FPS titles get boring. Overwatch understood this and invented its own war, the Omnic War, and people cared about Overwatch until Blizzard was wrong. Halo Infinite has a war of its own and this game is dominating the FPS scene right now even though it was only released a day before its release.