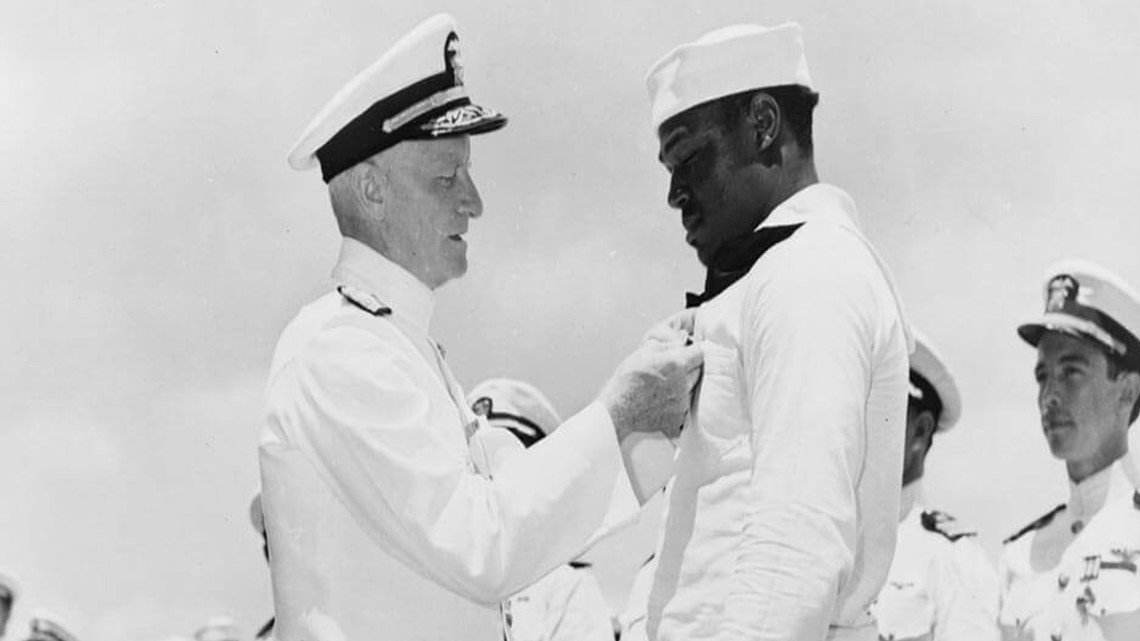 Doris Miller was the first African American to receive a Navy Cross. He will be the first black to have an aircraft carrier named in his honor.

â€œThere is a lot of work, tens of millions of man-hours, a lot of effort on our part and on the part of the Navy,â€ said Brian Fields, vice president of shipbuilding at Newport News for CVN-80 and CVN-81.

Newport News Shipbuilding President Jennifer Boykin said this step was very important for the more than 25,000 employees who work at the shipyard.

“And I like that shipbuilders really feel the pride that, ‘Hey, I did this, I built this, I’m part of this,'” she said.

Master Chief Petty Officer of the Navy said the ship’s namesake is an important figure in naval history.

“The name Doris Miller really inspires confidence and courage, the ability to do something that you are not trained for because it is what needs to be done is the essence of what it means to be an American sailor,” said the captain. Chief Russell Smith.

Doris Miller was an enlisted Navy cook aboard the battleship West Virginia, which was sunk by Japanese torpedo bombers in the surprise attack on Pearl Harbor.

Miller assisted the fatally injured captain and several sailors who were injured. And he was maneuvering a 50 caliber anti-aircraft machine gun that he had no training for – until it ran out of ammunition.

Miller was the first black American to receive the Navy Cross, the second highest decoration for bravery in combat.

And he will now be the first African-American to have an aircraft carrier named in his honor.

His descendants are very proud.

â€œWith our family, that means his name can still live on and continue to push for the Congressional Medal of Honor,â€ said Thomas Bledsoe, Miller’s grandnephew.

The Doris Miller will be the fourth in the USS Gerald R. Ford-class aircraft carrier, all built at Newport News.

The ship is expected to be commissioned in 2032.