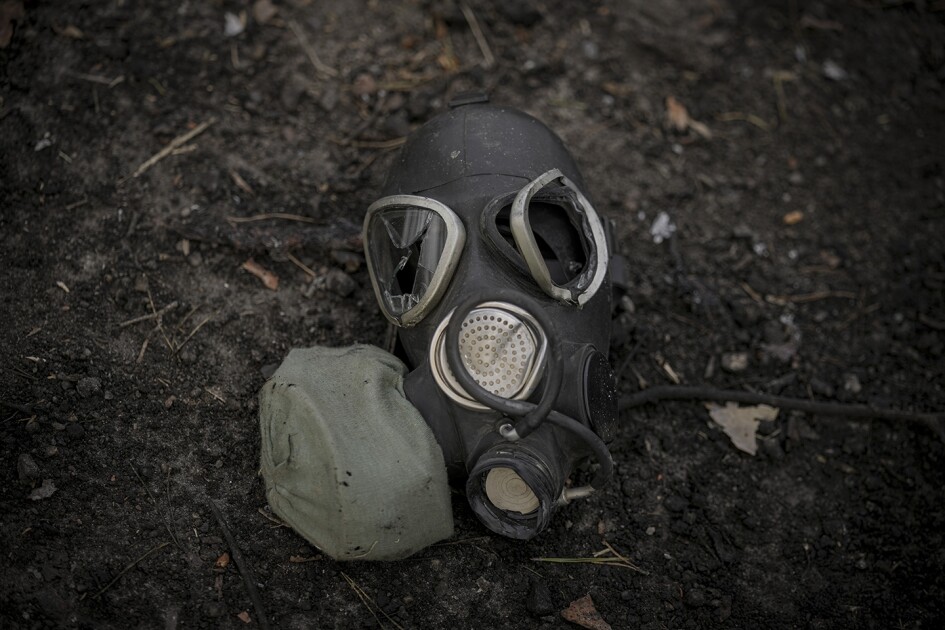 In recent years, teachers have had to deal with a wide range of frightening or upsetting news in the classroom. The last? The possibility of nuclear war.

The war in Ukraine has sparked massive fear and anxiety among Americans, according to a survey by the American Psychological Association and the Harris Poll in early March. Eighty percent of respondents said potential retaliation from Russia, such as cyberattacks or nuclear threats, is a significant source of stress. And 69% of adults said they fear the invasion of Ukraine will lead to nuclear war and fear that we are at the start of World War III.

This fear and anxiety also carries over to children. Teachers say they overheard students of varying ages discussing the possibility of nuclear war. After all, while Russian Foreign Minister Sergey Lavrov said in an April 18 interview that Russia was committed to avoiding nuclear war, the threat of nuclear attacks has been in the headlines for weeks. Western officials have warned that Russian President Vladimir Putin may turn to tactical nukes or other limited nuclear weapons.

Still, educators are somewhat divided on how teachers should respond if a student brings up the possibility of nuclear war with Russia, according to a recent nationally representative EdWeek Research Center survey of district leaders, principals and teachers.

“That would be dishonest, I think, as an educator,” said Donna Shrum, a 9th-grade social studies teacher at Central High School in Woodstock, Va.

Here are some ways teachers deal with students’ concerns about nuclear war.

Be available to answer questions

Social studies teachers should encourage students to come to them with questions or concerns, said Anton Schulzki, president of the National Council for Social Studies.

“We hope to have established this really good relationship with our students, where they feel comfortable coming to see us,” said Schulzki, who is a social studies teacher at Palmer High School in Colorado Springs, Colorado. He added that at this point in the school year, teachers probably also know whether their students are anxious about the news or just curious.

When Russia first attacked Ukraine, an 8th grader approached her teacher, Joe Harmon, with a question weighing heavily on her mind: “Should we be worried about World War III or nuclear war?

Harmon, who teaches history and civics at Redbank Valley High School in New Bethlehem, Pennsylvania, tried to reassure her without completely dismissing the concerns.

“I try to ease his fears without saying, ‘Heck no, that can’t happen,'” Harmon said. “But [I told her] there is no need to worry about it.

Around the same time, Jordan Boom, a 5th grade English teacher at McMurray Middle School in Nashville, Tennessee, overheard her students talking about the war and whether Russia would drop bombs on the United States. After lunch, she took a break from her regular teaching and asked the students to share their concerns.

“I was just trying to be a good listener for them,” she said. “It’s hard to say, ‘Everyone put their thoughts aside, I’m going to teach you now.'”

The students were afraid that the United States would go to war or be attacked. Boom told them that for the moment the conflict was only between Russia and Ukraine, and that they need not worry about the involvement of the United States. Later, she asked the class to read an article by Newsela about the war and write a response.

In open responses to the EdWeek research center survey, several educators also said they would make sure to let parents know that their child was feeling worried or anxious.

It’s important for teachers to be honest, in an age-appropriate way, about what they know and what they don’t know, Schulzki said.

Of course, it’s a fine line: “I don’t want to water down, but I don’t want to traumatize students either,” said Chris Dier, a United States history teacher at New Orleans High School. “They should know the seriousness of what is happening. … I speak the genuine truth as best I can, or as best I know, while comforting students.

Dier said he tried to comfort his students, who were particularly alarmed by headlines that the Doomsday Clockwhich carries threats to humanity and the planet, is 100 seconds to midnight, the closest he’s ever been – reminding them there’s not much they can do about the situation. Additionally, teachers said they try to remind their students that this war is taking place far away.

Madeline Baker, a 5th grade teacher at McMurray Middle School in Nashville, pulled out a map of the world in response to her students’ questions and showed them the distance between Ukraine and Tennessee.

“We’re way off in a place that doesn’t show up on their radar,” she told the students. “Unless they’re targeting Taylor Swift, it’s fine.”

Schulzki of the NCSS also recommended that teachers ask students about the sources of what they hear and teach them to identify reliable sources.. Some students get their news from TikTok or other social media, which is full of misinformation.

Teachers said some of their history lessons resonated a bit more these days. For example, Dier said that during his Cold War unit, his class discussed instances where society was afraid of nuclear war.

“I used to teach those lessons, and it was hard to make it relate to today because the students don’t have that fear, but this year was very different – the students this fear, which is not irrational to have,” he said.

Even ancient history can teach us lessons about modern events, said Virginia history professor Shrum. She asked her students to lead group discussions, in which the students read articles and then posed questions to their peers. Students made connections between Ivan III, the Russian ruler in the late 1400s who extended Moscow’s control over a wide area, and Putin, as well as between Ancient Rome’s siege of Carthage and the Russo War. -Ukrainian.

“As we were walking [during the discussion], we kept hearing students say, “I’m not so worried anymore because I get it,” Shrum said. “Watching the news, they got the impression that Russia would bomb Ukraine one day and the United States the next.”

Some teachers avoid the subject

Part of that may be because this topic doesn’t fit within the scope and sequence of their program, or because they just don’t have the time, Schulzki said. But also, “some teachers might be afraid to walk on thin ice because of [the risk of] complaints from parents,” he said.

The NCSS and other professional teachers’ organizations have warned that the wave of legislation to limit how teachers can discuss race, racism and sexuality will have a chilling effect on all classroom discussions.because teachers can avoid anything that could be considered controversial.

In any event, navigating these discussions “shows the complexity of teaching at that time,” Dier said. “We have a lot to do as teachers.”