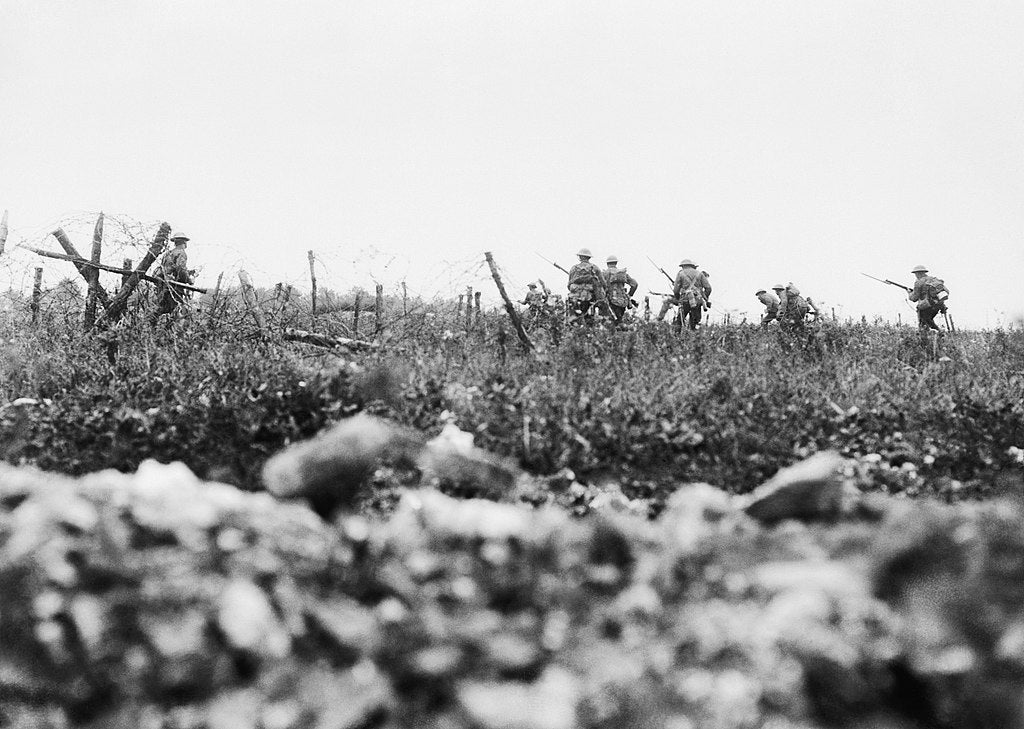 The First World War was a much more fascinating time than is often believed. It was a war where the old world of maneuver warfare first encountered industrial-age killing machines, and the results of that encounter were so unexpected that millions died around the world. It should have been a war to end all wars, but humans being what they are, that was never a likely outcome.

Yet humans are resourceful and competitive, especially when it comes to gaining an edge over an enemy in the midst of potentially existential warfare. Since the technological developments of the time began to affect nearly every aspect of warfare, from weapons to training and tactics to logistics, it was unclear what could give one side the edge over the other.

There was a stalemate stretching across Western Europe in the form of trenches and barbed wire. Nothing was out of place when it came to learning what the other side was up to. This even extended to secret underwear technology.

These days, Royal Commandos and Royal Marines are notorious for not wearing underwear to bed, lest they fill with all the skin, fluids and other glitter that the body gives off at night. For them, it’s just not sanitary. At the start of World War I, however, underwear was not just something everyone wanted, they wanted more and better underwear.

Sure, the war started in July 1914, but it wasn’t long before both sides were stuck in a snowy, icy trench in the middle of nowhere. For some reason, the German troops seemed to withstand the cold much better than the French or the British, and the British leadership was determined to find out why. The conditions were wet and the friction was a constant source of annoyance for the Allied troops.

Rumor mills are a constant presence in the lives of troops of all eras, and World War I was no different. Among the many rumors that circulated in the trenches of Western Europe, there was that according to which the Germans had a non-negligible advantage which enabled them to better face the harsh conditions of the front: their underwear.

To anyone who did not serve in wartime, this may seem trivial knowledge, but knowing that the enemy could be better supplied and were certainly more comfortable was not only a thorn in the side of Allied planners. , it could also have had a very detrimental effect on the morale of the troops of the Entente Powers in the field.

In the eyes of the British government, this was not only important for morale on the front lines, it was also important to find out exactly what the German army was wearing under their clothes. They also had to keep their men warm in the cold and avoid chaffing in wet areas, which were almost everywhere.

In order to determine how much better the enemy’s underwear technology was, the British government not only called in its intelligence, but also gave the British military some rather unorthodox orders. The order to collect samples of enemy underwear from Germans killed in the trenches probably came as a shock to British commanders, but they obeyed the order anyway.

A British officer recorded his thoughts during the freezing winter of 1914 that hit Western Europe:

“We have been asked to return specimens of German army underwear. Paige and Babbage, the sweetest of garden-loving men, have to cut clothes with knives. The frost made the task particularly difficult.

Whether captured underwear technology made a difference in combat is unknown, but trench warfare brought a number of changes to men’s fashion, including the wristwatch, which was much more practical on the battlefields of France than a pocket watch.