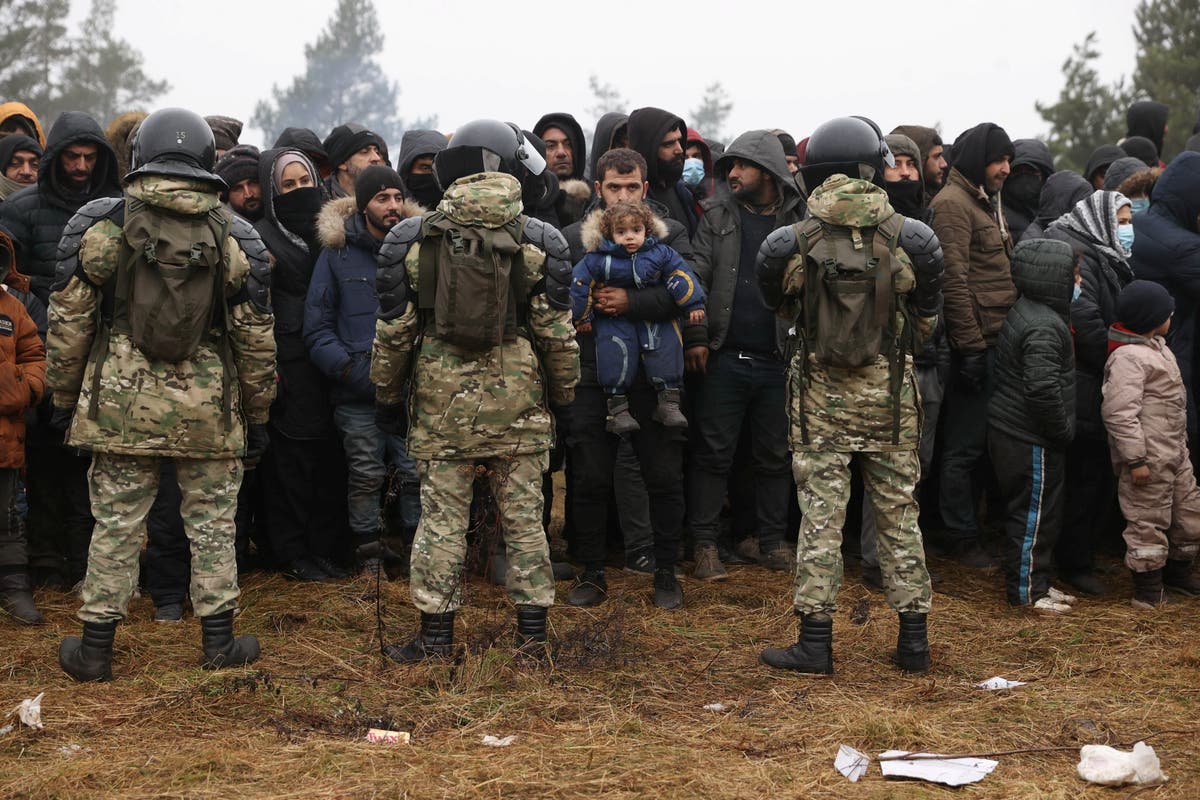 The outgoing Chief of Staff expressed concern over the situation on the Belarus-Poland border, warning that there is a greater risk of an accidental outbreak of conflict with Russia than at any other moment since the cold war.

General Sir Nick Carter, who resigns at the end of the month, said migrants were being pushed by Minsk “to the borders of the European Union” in an attempt to destabilize the region.

He said the action came straight out of the “Russian playbook” amid mounting tensions after the EU alleged Belarus started bringing in migrants to trigger a humanitarian crisis on its border with Poland.

Large numbers of migrants, many from the Middle East, are in a makeshift camp on the Belarusian side of the border, with Polish authorities reporting new attempts by migrants to bridge the divide on a daily basis.

The Belarusian Defense Ministry accused Poland of an “unprecedented” military build-up at the border, saying migration control did not justify the concentration of 15,000 troops supported by tanks, air defense means and weapons. ‘other weapons.

Sir Nick, interviewed on the BBC Andrew Marr Show if he was concerned that the situation would quickly escalate into “something really serious”, replied: “Yes, I think I am. I think this is a classic case of the hybrid playbook genre where you link misinformation to destabilization and the idea of â€‹â€‹pushing migrants to the borders of the European Union is a classic example of that sort of thing.

The Defense Ministry announced on Friday that it would send a small team of members of the British armed forces to Poland to provide “technical support”.

Sir Nick pointed out that those sent are there to help build fences along the border, rather than to fight forces.

“What it shows is our unity with Poland and the fact that we stand by Poland’s side against these kinds of threats,” he added.

The EU has accused authoritarian Belarusian President Alexander Lukashenko of encouraging illegal border crossings as a retaliatory attack on the bloc’s sanctions against his government for its crackdown on national protests after his disputed re-election in 2020.

Belarus denies the allegations but says it will no longer prevent refugees and migrants from trying to enter the EU, a move that has seen migrants from Syria, Libya and others heading to the region in the hope to get through.

The outgoing chief of the armed forces said he could not predict whether the situation would turn into a “war by bullets”, but stressed that the UK and NATO “must be on our guard”.

Sir Nick described the Belarusian tension and unrest around Ukraine as a “classic example of a little distraction”.

â€œIf you look at the Russian playbook over the years, the idea of â€‹â€‹Maskirovka, as they call it – that kind of drama that they do – that’s pretty typical of some things that have been going on for years and years and years, â€he told the BBC.

Since the end of the Cold War, diplomats are now faced with a more complex multipolar world, he said, adding that “traditional diplomatic tools and mechanisms” were no longer available.

â€œWithout these tools and mechanisms, there is a greater risk that these escalations or escalation could lead to miscalculations,â€ he said. “So I think that’s the real challenge we have to face.”

Additional reports by the PA