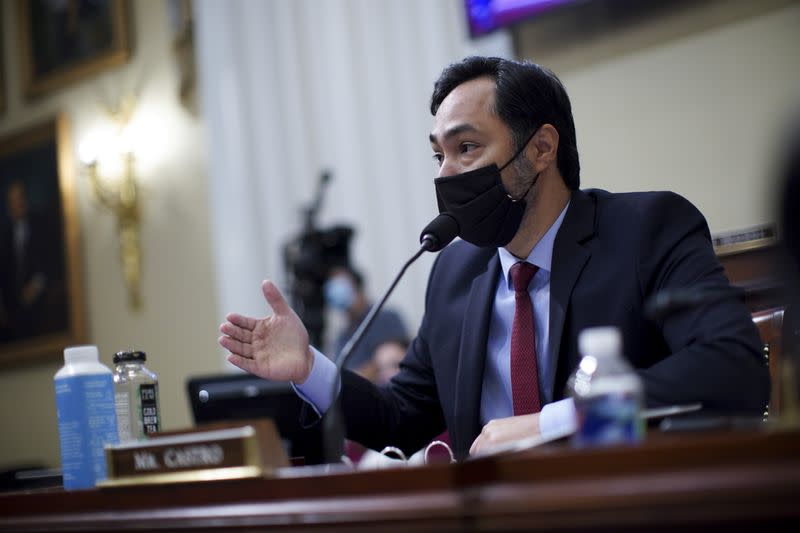 WASHINGTON (Reuters) – Democratic and Republican members of Congress on Wednesday introduced a bill to revive an arm of America’s former Cold War arsenal to improve understanding of China and potentially other strategic rivals the United States.

The House bill introduced by Democratic Representatives Joaquin Castro and Bill Keating and Republicans Mike Gallagher and Brian Fitzpatrick would provide for the creation of a federally funded Open Center for Translation and Analysis (OTAC) focused on China.

It would be based on the Foreign Broadcast Information Service (FBIS), which provided translation and analysis of the Soviet bloc and other foreign government media during the Cold War.

The bill provides for funding of $ 80 million for fiscal year 2022 and the same amount each year for each fiscal year until 2026 as well as “the amounts that may be required for each subsequent fiscal year.”

A congressional aide said the goal was essentially to “recreate FBIS for at least” China, as well as other countries, depending on funding.

Like the FBIS, it would provide “crucial analysis on CPM / CCP / PLA and annotations to help non-experts understand slogans, phrases, etc.”

Castro said that for the United States to â€œcompete and cooperate effectively withâ€ countries like China and Russia, it needs to understand them better.

“A nuanced understanding of foreign countries is impossible without reading how they communicate in their own language,” he told Reuters.

The Biden administration called China the “biggest geopolitical test” of this century and stressed the need to build expertise on the country.

The media landscape in China has changed dramatically since the height of the FBIS Cold War, and a huge expansion of news sources would make the surveillance envisioned by the bill a huge and expensive task.

A huge volume of translated documents from China is already available for free online, but the OTAC bill plans to provide access to them through a single website.

Sponsors of the bill see the proposed center as a resource for U.S. and allied governments, as well as academics, analysts and journalists.