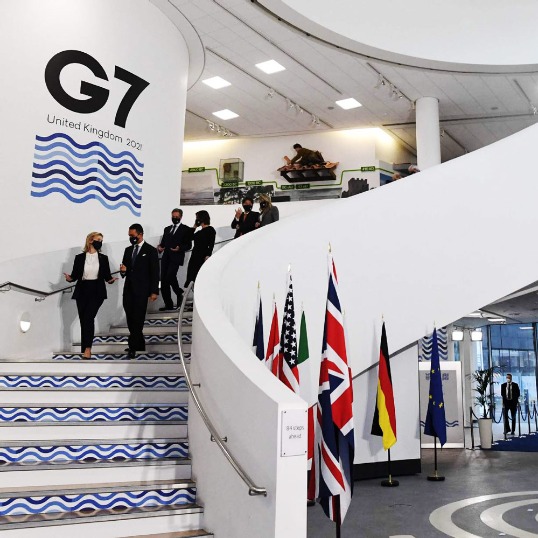 US and UK urged to abandon Cold War mentality

Foreign Ministry spokesperson Wang Wenbin made the remark after British Foreign Secretary Liz Truss released the statement by the chair of the G7 Foreign and Development Ministers’ Meeting on Sunday. .

The statement said G7 members discussed a range of China-related issues and challenges, including Hong Kong, Xinjiang, the South China Sea, the East China Sea, and peace and stability in the Taiwan Strait.

Wang urged the United States and the United Kingdom to protect the rights to life and health of people in their own countries, to avoid the loss of more lives due to COVID-19.

They were also urged to stop coercive measures such as arbitrary detention of citizens of other countries, unreasonable suppression of targeted businesses, and gratuitous and illegal unilateral sanctions.

Wang also called on Washington, London and others to help maintain international solidarity and tackle global challenges, rather than dividing the world and creating obstacles to the problems facing humanity.

Asked about the extradition of Wiki-Leaks founder and publisher Julian Assange, Wang noted that it fully demonstrates the United States’ double standards when it comes to press freedom and free speech.

“Anyone can enjoy freedom of the press and of speech, as long as he refrains from criticizing or disclosing the crimes and deplorable acts committed by the United States, otherwise he will be thrown in prison as what happened to Julian Assange,” Wang said.

The UK High Court ruled on Friday that Assange could be extradited from the UK to the US, where he faces charges of espionage for Wiki-Leaks’ publication of secret military documents some time ago. ten years.