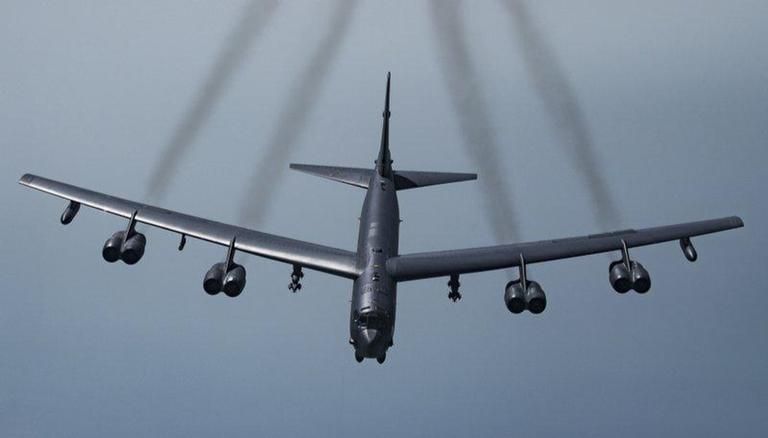 United States Air Force Europe Command advised that a pair of American strategic bombers, the B-52H Stratofortress, had flown over Europe. According to Air Force Command, the nuclear-capable bombers flew over northern Europe and the Mediterranean. He also added that the aircraft was temporarily based at Britain’s Fairford Air Force Base. The US Air Force has confirmed the flight of US B-52H Stratofortress strategic bombers over Europe. It comes amid heightened tensions over Europe as the Russian invasion of Ukraine entered the 43rd day. According to the US military, the B-52H nuclear-capable bombers have worked with fighters from Britain, Denmark, the Czech Republic, Hungary, Greece and Italy to accomplish their tasks in the past.

Earlier last week, the US military announced that the B-52 bombers had been deployed to England two weeks before the Russian invasion of Ukraine. The US Air Force had also advised that the bombers remained active over Europe but with a less “in-your-face” approach. It should be noted that American bombers regularly fly over Europe and the Pacific and have more often flown over sensitive regions near Crimea in recent years. Russian officials took note of the activity and also responded with aerial interceptions that US officials deemed dangerous.

Meanwhile, the Pentagon said on Wednesday that Russian troops had “completely withdrawn” from the Ukrainian capital Kyiv and the northern city of Chernihiv. The development proved that the Russian military has abandoned its stalled push into the heartland of Ukraine and may have shifted its aggression to eastern Ukraine, a senior US defense official told reporters. The retreating troops, comprising around 40,000 troops, are now expected to regroup in Belarus and Russia, the official added, as quoted by The New York Times.

US says Ukraine could ‘absolutely win’ war with Russia

Pentagon spokesman John Kirby said Wednesday that Russian President Vladimir Putin had failed to achieve “exactly none” of his goals in Ukraine, nor had he succeeded in capturing kyiv. At the regular press conference amid the war between Russia and Ukraine, Kirby said that Putin was unable to take the Ukrainian capital, could not overthrow the government led by Volodymyr Zelensky in Ukraine and had not “eliminated Ukraine” as a country. Moreover, the spokesperson for the US Department of Defense expressed confidence in Ukrainian forces which have been resisting Russian troops for almost 43 days now and said that kyiv could “absolutely” win the Russian-Ukrainian war.

Europe sleepwalks into another world war