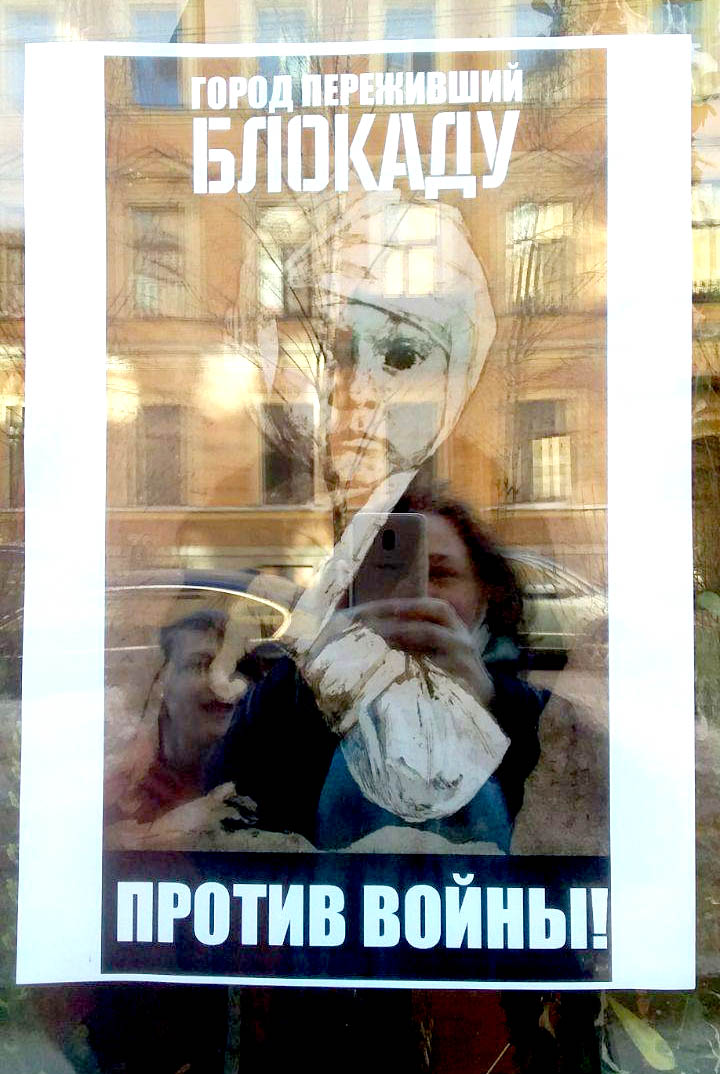 For Belarusians, Russians and Ukrainians, few historical events weigh as heavily as the Second World War. One would be hard-pressed to find an Eastern Slav who doesn’t have a relative who fought in the war, died in a war, or lost something in the war. Many Eastern European cities still have lasting scars.

I grew up in St. Petersburg, a city that survived the nearly 900-day siege of Leningrad, where over a million people perished from bombing, disease and starvation. A circle of mass graves around the old outskirts of the city is a lasting reminder of the scale of the toll. My grandmother on my mother’s side was only 6 years old when the siege happened, and she lived the first year before she was evacuated.

“One winter day I was playing in the yard when a young couple approached me,” she told me. I couldn’t have been more than 9 years old. “They said, ‘Little girl, do you want some candy?’ But I knew better. There were no sweets during the siege. So I ran into my building as fast as my little legs carried me. And it’s a good thing I did – otherwise I would have been eaten.

Grandmother Nina was not my only connection to the war. Three of my great-grandfathers served in the military in one capacity or another. My Belarusian grandfather and his sister (also named Nina) lived through the Nazi occupation of present-day Belarus. Even loved ones who have barely seen the fighting have war-related memories.

There was less talk of pain and suffering, and more emphasis on the glorious Red Army heroically overcoming obstacles and triumphing over the Nazis. Talking about some of the harsh realities of war suddenly became controversial.

When I was growing up, calling someone a Nazi was the worst thing you could do to another person. Our teachers told us to use the word carefully because “words have meaning”. But whatever restraint there was seems to have completely evaporated.

In 2014, when Russia encouraged separatists in the Donbass region and war broke out, Russians and Ukrainians accused each other of being Nazis. It wasn’t that unusual to see social media posts and news segments where World War II veterans encouraged their grandchildren to fight back against the Nazi invaders. Language and national signifiers aside, they sounded virtually identical.

Now, as the long-simmering conflict has erupted into a full-fledged war, Nazi labels have been flying with renewed vigor. The Russian government quickly branded the “special operation” the “denazification” of Ukraine, and as the attacks escalated, the Ukrainians were quick to call the Russians Nazis.

Of course, what’s different this time is the scale and devastation of the attacks. When I saw pictures of people crammed into subways in Kyiv and Kharkiv to escape bombing, I immediately thought of people hiding from the Nazi bombing of Moscow. When I read that Mariupol had been surrounded by the Russian army, its beleaguered inhabitants huddled in the cold, it was hard not to think of Grandma Nina talking about burning everything there was to burn in home just to stay warm. When I see families fleeing west, I think of Grandpa Gena who says he was only 5 years old when his family tried, in vain, to outrun the Nazi advance.

“When the war started, my father left to serve, so it was just me, my mother, my older brother, Nikolay, and my little sister Nina,” he told me. “I remember when we were trying to run away, my mother was carrying Nina in her arms, while I was running with her.”

I was taught to be careful with the use of the word “Nazi”, and I’m not going to stop now. But when you have that kind of association… I know it at least makes some Russians think. A few days ago I saw a photo of a flyer that someone had put up in St. Petersburg. “A city that has survived the siege is against war!” But so far there is also a lot of support, including from some people who were children during the Second World War.

This war will end one day. Kyiv, which was bombed in World War II, will rise again, like last time. And the scars of war will linger.

Perhaps this time, generations to come will not so easily lose sight of the toll of the war.

Maybe this time Russians won’t need a personal connection to understand the horror that war inflicts.

Igor Studenkov is a Chicago resident and a regular contributor to the Wednesday Journal.

How to Prevent World War III