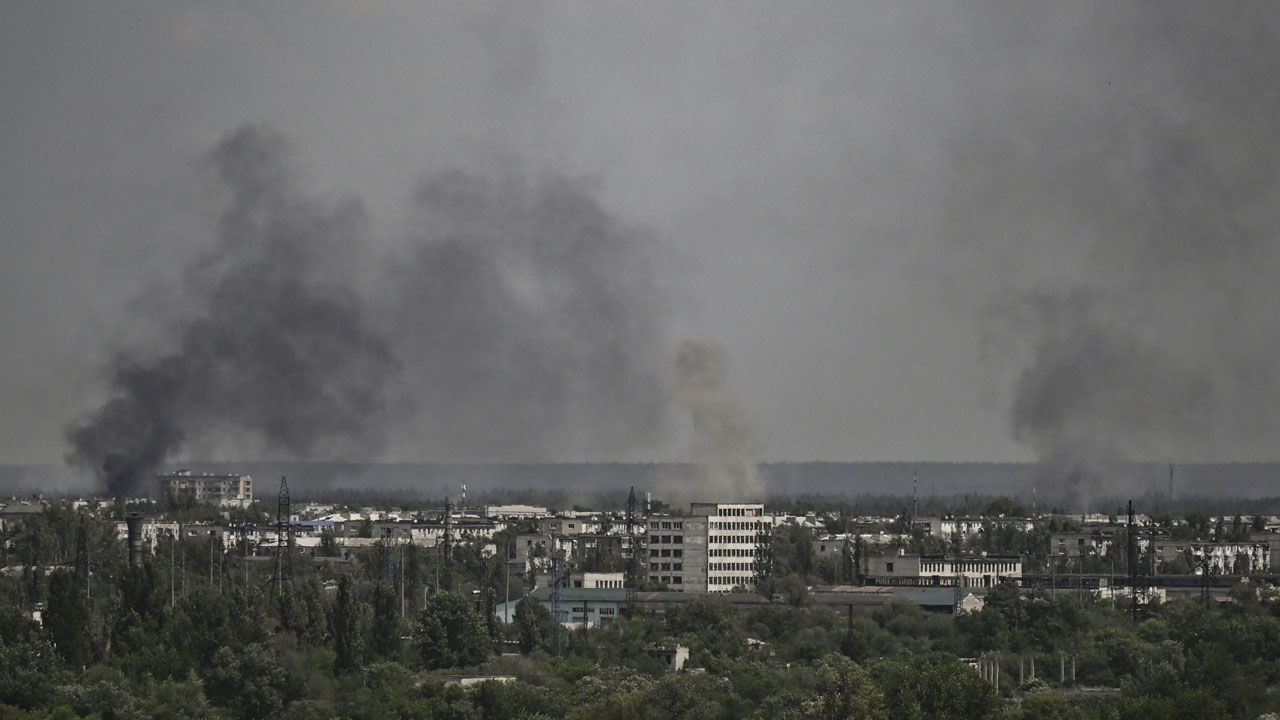 But regardless of this, the Russians felt that their efforts in World War II had not only gone unrecognized, but at the end of the war the United States bombed Hiroshima and Nagasaki in Japan, with two bombs hydrogen/atomic bombs without the knowledge of the Russians. The Russians felt betrayed that their partner in the war could have such a weapon without any disclosure. This is what led the Russians to develop their own arsenal of nuclear weapons and this started the nuclear arms race. There are five countries that have nuclear weapons, but before long it became clear to both Russia and the United States that they had to find a way to accommodate each other without blowing themselves up. This led to the theory of mutual deterrence.

When the North Atlantic Treaty Organization was formed, Russia, France, Britain, and the United States controlled large parts of Germany. These were the four who controlled Berlin which, in reality, was located at the center of what was to become the German Democratic Republic (GDR). Bonn remained the capital of West Germany for a long time.

At the end of the 1990s, the Germans decided that they would like to reunite. In other words, they wanted East Germany (the German Democratic Republic), which was under the USSR, which was under the Warsaw Pact, to join West Germany to form a Germany united after the fall of the Berlin Wall in 1998. This request because the unification of Germany had major consequences for Russia and the USSR.

NATO, which the USSR had repeatedly asked to want to join, in other words, they wanted to unite the countries of NATO and the WARSAR Pact under one organization for the protection of all of Europe , but it didn’t work. The Russians felt that as long as NATO remained the organization Western Europe used for its defense arrangements, it did not matter if they could keep Eastern Europe under the Warsaw Pact. But with agitation in Germany for unification, then-Secretary of State Baker promised in myriad speeches that NATO was not looking to expand and that not an inch of territory would would join NATO from Eastern Europe.

This was the understanding that the Soviet leader at the time, Gorbachev, believed in, but of course with the unification of East and West Germany it automatically stands to reason that if Germany of the West was under NATO, a unified Germany, should either leave NATO or the whole of it will be under NATO, and if that happened, then this cardinal promise not to be at an inch east of West Germany was allegedly raped and she was raped. It was violated at the cost that this story makes no sense except to say that Gorbachev had problems in the USSR because of his powers and not because of the Perestroika he was trying to sell. The economy of the USSR was not as robust as the economy of the West and Perestroika and Glasnost were responsible for the collapse of the economy of the USSR. From 1946 to 1991, Berlin was a divided city.

He also had internal problems with extremists who wanted to stay and maintain the strong Leninist ideology from which he was trying to emerge. The result was economic decline under Gorbachev and West Germany and the United States had promised economic aid to Gorbachev so that he could sell the unification story to his people without causing political upheaval. In other words, Gorbachev was substantially bribed. He did not receive as much money as he thought he should, but he did receive a large amount of money. It is indeed that a coup d’etat was attempted. The coup and its aftermath rid Gorbachev for a few months, highlighting Boris Yeltsin, a drunkard who couldn’t tell his left from his right. Be that as it may, the economy of the USSR continued to collapse. As it collapsed, many former Warsaw Pact states were now being pressured by the West to join the European Union and NATO unlike the Treaty of Minutes/Minsk, and the Washington Treaty and several agreements which all already insisted that NATO would not extend an inch to the East.

When Yeltsin then proposed a looser federation of the USSR, three countries came together to declare that they wanted out; and what were these countries? Russia, Ukraine and Belarus. Thus, the fortunes of Russia and Ukraine were linked by interstices and Russia always considered Ukraine (in fact Ukraine was then called Little Russia) as an existential part of the whole Soviet Union , part of the whole Russian psyche.

It will be remembered that under President Obama, Putin, who had been in East Germany at the time of unification and saw what was happening there, had always considered the greatness of the Russian Empire and the USSR had to be restored. And so, in 2014, as part of this Putin dogma, he invaded Crimea, claiming it was part of Russia. He did it under President Obama, Vice President Biden who talked a lot about the red liners but did nothing to Russia. Thus, Russia’s claim to Ukraine and its reality were not really opposed. Some weak economic sanctions were imposed on Russia. No one really argued forcefully, so Putin emboldened himself to believe that he could continue in his quest for the re-establishment of the old Great Russian Empire.

Eastern Ukraine contains two states that are fundamentally Russian, and Putin claimed that both of these states should be returned to Russia. Ukraine itself had been called the most corrupt nation in the world, perhaps after Nigeria. It was Ukraine that used its cyber knowledge to attack Mrs. Clinton and spread all kinds of false stories about Mrs. Clinton so that Mr. Trump could win the presidency. In addition, Hunter Biden, the son of the then Vice President became a director of a Ukrainian oil company for which he was paid eight million dollars a year.

To be continued tomorrow

Dr Cole (OFR) is a former Nigerian Ambassador to Brazil.

The West is forgetting the lessons of the Cold War victory