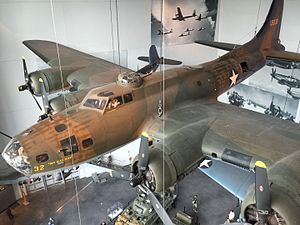 Travel diary: Part 2 – On the way to New Orleans and the Second World War museum

Editor’s Note: After a pandemic hiatus, Edmonds’ Nathaniel Brown is on another train travel adventure and will be sharing reports from his travels. You can read part 1 here.

“RAILWAY, n. The leader of many mechanical devices allowing us to move away from where we are to where we are not better off. — Ambrose Bierce

We just passed Lake Houston and we’re over two hours late, which will make the 9:15 p.m. arrival in New Orleans feel like a sleepless night until I find a cab or Uber and I arrived at Hotel NOPSI.

Amtrak is very often late, unfortunately. The freight companies own the lines, and we passengers are here on tolerance, and frequently sit on the sidings waiting for the freight train to tramp past; in this flat country, they tend to be as long as they are slow! Earlier, in the wide open spaces, we were hitting 80 mph or more when we broke free from the freights and made up some time. Now, with more stops approaching Louisiana, I guarantee we’ll generously waste more time. Passenger rail in the United States will never be a truly viable mode of transportation until this situation is resolved.

But if you’re not in a rush or don’t have a schedule, looking out the window is a delight. For me, at least, that’s the main reason why for the journey, and fascinating; you see a building, a river, a canyon, and then “think about it”, and all the imagined possibilities to get off the train and explore, to try a different type of life, or just to sit and watch a stream or gazing at unknown things from rocks and trees – the daydreams that continually keep train travel fresh and stimulating.

Anyway, the train arrived later and later. Then, when we finally crossed the Mississippi and tumbled onto the overpass leading to New Orleans, around 12:30 p.m.… the train stopped again, for about 20 very long minutes. I felt like Moses, allowed to see the Promised Land after 40 years of wandering, but not allowed to enter.

It was 1:30 a.m. when I went to bed, thinking about Mark Twain’s remark in Golden age, “…a train that has never run over a cow since the road was built; for the reason that he could never pass one. He wears the usual “cow catcher” in front of the locomotive, but it’s only ostentation. It should be attached to the rear car, where it could do some good; but instead…it’s no wonder the cows come on board so often…”

Still, things were moving at Hotel NOPSI even at this late hour, and the infamous Southern Welcome kept me alive for a few more minutes until I got to my room and collapsed. The NOPSI now goes on my Stay here again list: great and gracious staff, very nice rooms, quiet and even usable reading lights! – as rare as places to hang things to dry in a ski hotel, where they are apparently prohibited. But “NOPSI”? Turns out that means New Orleans Public Services Inc., which was the building’s old function, and why it’s so delightfully solid and old-fashioned.

I met Karl Watkins – KC – for breakfast. He had come from Seattle to visit the National WWII Museum with me, so after lots of coffee and 20 minutes of waiting for an Uber driver to find us, we headed out for a much-anticipated tour of the museum.

The museum is an affiliate of the Smithsonian Institute, opened on June 6 – D-Day- in 2000. Historian Stephen Ambrose (Band of brothers) spearheaded the project, originally placed in New Orleans to commemorate the Higgins Boat, better known as the LCVP (Landing Craft, Vehicle, Personnel) created in New Orleans by Higgins Industries. Later, the museum became the more comprehensive museum of the entire war that it is today.

The Higgins boat is the iconic landing craft familiar from so many photos and films of D-Day and marine landings in the Pacific. The boat was crucial to all amphibious landings in World War II; in fact, a shortage of these boats forced the postponement of several landings. (It makes me very proud to say that my father ran a factory in Philadelphia that made the steel ramps for some of these boats.)

The WWll Museum makes for an interesting visit – there is a very wide variety of things to see and study, although KC and I may have spent quite a bit of our time looking at jeeps and planes – we counted four jeeps (I learned to drive on one, in the 50s, and I restore another). We were drawn to the very nicely displayed planes suspended by cables from the ceiling, with balconies placed on several levels for viewing from different angles. These include a Supermarine Spitfire, a Douglass C47 Skytrain (when I was little we flew to Denver in the civilian model, perhaps better known as the DC3). In the Boeing Center, the largest building on the museum campus, you can see a B-17 (My Gal Sal) recovered from Greenland glaciers 53 years after crashing there in a whiteout; an SBD-3 Dauntless; a TBF Avenger; a P-51 Mustang; a Corsair F4U-4 and an exhibition centered on the last mission of the famous USS Tang.

The Mustang proudly wears the red tail of the “Tuskegee Airmen”. At the time of World War II, the US military was strictly segregated, and in some circles it was believed that African Americans were unable to learn to fly well enough to fly military aircraft. After a struggle, the African-American 332nd Fighter Group and the 477th Bombardment Group were formed. The Fighter Group was referred to as the Red Tails, due to the red paint used on the tails of their aircraft.

Aviator Coleman Young, later Detroit’s first African-American mayor, told reporter Studs Terkel about the process of acquiring his wings: “They set such high standards that we actually became a group of elite. We were screened and super-screened. We were unquestionably the brightest and most physically fit young black people in the country. We were super better thanks to the irrational laws of Jim Crow. (Wikipedia). Tuskegee Airmen were collectively awarded the Congressional Gold Medal in 2007, in recognition of outstanding service.

The Tuskegee Airmen were not the only “forgotten” American soldiers of the war. We were also reminded of the approximately 33,000 Japanese Americans (Nisei) who served in the US military. Approximately 800 were killed in action and the 100th/442nd Infantry Regiment became the most decorated unit in United States history.

Wherever you look in the museum, names come to mind – names like Otto Schmidt, Edward O’Hare and Castillo, Fowler, Chen, Yoshimura – young men and women of all races and nations – this great network diverse and inspiring human being who unites in our country to make it unique in the world. I can’t see these names without feeling great pride in our nation for its tremendous (sometimes reluctant and slow, it must be admitted) welcome to the downtrodden or those looking for an opportunity open to anyone willing to work. But I also reflect, with deep sadness, on our current polarization and our habit of scapegoating certain minorities for political purposes.

The WWll Museum offers an instructive and often moving picture of America at war, and we were grateful to have had the chance to spend several hours there. But we both felt that there was too much to read compared to material things and objects to see; and we agreed that the layout was fragmented, which made it difficult to find a logical progression through the museum, and also made it a bit too easy to miss an exhibit in a corner on one side.

I wore my legs out in the museum, and we were both stunned by the heat and humidity outside, so late afternoon was nap time for weary travellers. We met in the evening for a drink (icy!) at the bar, then Ubered at Antoine’s, the oldest and most famous restaurant in New Orleans, Antoine’s, founded in 1840, is nestled in the French District.

Antoine’s is where Rockefeller oysters were invented by Jules Aciatore in 1889, supposedly to replace snails, when these were in short supply. On his deathbed, Aciatore swore the few initiates to perpetual secrecy, and to this day, no one outside of Antoine’s entourage knows the exact original recipe!

Our server insisted that Antoine was also the originator of the soufflé potato, “Antoine’s classic fried puff potatoes”, but there is another legend – that when Napoleon arrived in late for breakfast before the battle of Waterloo, the potatoes had become cold, and the cook reheated them, thus producing the light-as-air puffed potato. Readers can decide which legend to believe – I rather like the Napoleonic version!

Feeling that it is my duty to spare no culinary effort, I ordered the Rockefeller Oysters and the Puffed Potatoes, with Pompano Pontchartrain (“Delicate grilled pompano fillet, butter-poached jumbo crabmeat, white wine sauce, onion rice, seasonal vegetables”) as a main course. A bottle of very good Meursault completed the feast.

Confession time: I like the Rockefeller Oysters in Charcoal better in Edmonds. Antoine’s version, because it’s L’Original, is unbeatable, but the spinach seemed mashed to death to me — texture is critical — and the rather strong (?) Tabasco overpowered the oysters and stripped the dish of any flavor related to the sea. The puffed potatoes were profoundly bland; my friend Jeff makes them so much better, right here in Edmonds. Thus, in the Oyster Sweepstakes contest, Charcoal 2-0 and Edmonds in the lead!

And so to bed, with an early departure for Chicago in the morning

Nat Brown taught and coached running and cross-country skiing for 16 years before joining the US Biathlon Team as a wax technician and then moving to the US Cross-Country Skiing Team in 1989. He was the first American to take over the technical services of a foreign team (Slovenia) and also worked for Germany and Sweden. He has coached at 3 Olympic Games and 14 World Championships, edited Nordic Update for 9 years and Cross-Country Skier for 2 years. He has written three books on skiing and training; the latest was The Complete Guide to Cross-Country Ski Preparation (Mountaineers Books) which went through two editions and a Russian translation. He owned and operated Nordic UltraTune, an independent international ski tuning service until his retirement.