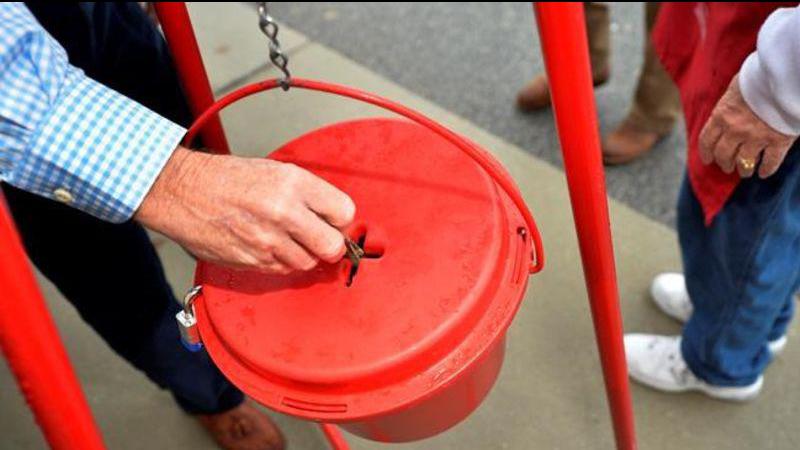 The Story of a Medicine Hat Volunteer: Dad, WWII and the Kettle Campaign

Brade spends several hours participating in the Salvation Army’s annual fundraiser, designed to help those without a roof over their heads.

The main reason the retired owner of the oil production company has been ringing the kettle bells for the past 6 years is family.

â€œWell, it goes way back to my dad, who was in WWII, and he was at the front. And he always told us that the Salvation Army was with him all the time. And every time he walked past a kettle, he always put money in it, â€Brade said.

His kettle is one of 10 scattered around Medicine for the annual Christmas campaign, with more on the way.

â€œIf you go by the location of Fifth Avenue United Churchâ€¦ there’s a line up at noon at dinner time,â€ Brade said.

He’s one of some 80 Kettle Campaign volunteers this year, with the money going towards programs like Salvation Army meals, and it’s a homeless shelter, which is more active now that it’s colder.

A total of 20 residents stay at the shelter, compared to around six in the summer

â€œIt’s not just the homeless, there are other people who are going through other issues in their lives and therefore cannot return home,â€ said Army Captain David Dale. Hi.

Money from the kettle also goes to the resource center, where people can shelter from the cold. Alberta Health recently allowed more people to enter.

â€œUntil now, we weren’t allowed to have more than 18 people inside our resource center which is open during the day and we could just provide shelter for clients staying at the shelter,â€ Dale said. .

Salvation Army hopes to raise $ 300,000 with its kettles this year

â€œWe’re doing pretty well, but there’s still some way to go, so we expect the community to support us because the community has been very good to us. They have helped us year after year, â€said Dale.

With about two weeks left in the Kettle Campaign and about a quarter of their goal achieved, Dale hopes more dollars end up in Kettles set up around Medicine Hat.