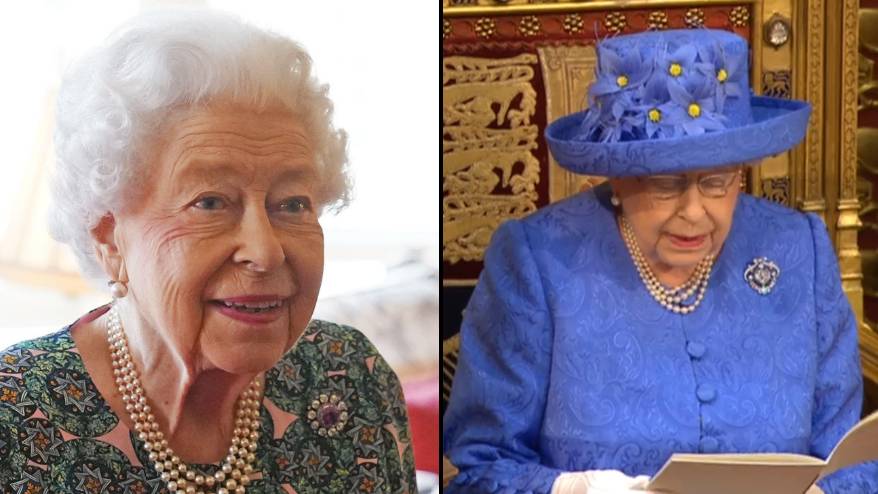 A speech has been prepared for the Queen to address the nation in the event of World War III, which actually looks like a scary possibility in 2022.

Since the Russian invasion of Ukraine on February 24, the specter of nuclear war has been looming over the planet.

And if World War III were to reach British soil, the Queen would be required to make a very important speech.

Originally written in 1983, at the height of the Cold War, the speech was made public in 2013 by the National Archives.

It should undoubtedly be changed to fit today’s times, for example by removing the mention of Prince Andrew working in the Royal Navy.

However, the speech still gives some insight into the Queen’s reaction in the unlikely event of a nuclear war.

According to the BBC, the speech reads as if the Queen were broadcasting the message at midday on Friday March 4, 1983, beginning: “When I spoke to you less than three months ago we were all enjoying the warmth and camaraderie of a family Christmas.

“The horrors of war couldn’t have seemed more distant as my family and I shared our Christmas cheer with the growing Commonwealth family.”

The Queen then turns her attention to the issue at hand, declaring, “Now this madness of war is once again spreading across the world and our brave country must once again prepare to survive against all odds.

“I have never forgotten the heartache and pride I felt as my sister and I huddled around the nursery wireless set listening to my father’s inspiring words on that fateful day in 1939.

“Not for a moment did I imagine that this solemn and dreadful duty would one day fall to me.”

Addressing the pervasive fear of technological progress, Her Majesty continues: “We all know that the dangers we face today are far greater than at any time in our long history.

“The enemy is not the soldier with his gun or even the airman who roams the skies above our towns and villages, but the deadly power of abused technology.

“But whatever terrors await us, all the qualities that have helped keep our freedom intact twice already in this sad century will once again be our strength.”

With a touching reference to the Queen’s late husband, Prince Philip, the speech then read: “My husband and I share with families across the country the fear we feel for sons and daughters, husbands and brothers who left us to serve their country.

“My beloved son Andrew is currently in action with his unit and we continually pray for his safety and for the safety of all service men and women, at home and abroad.

“It is this close bond of family life that must be our greatest defense against the unknown.

“If families remain united and resolute, offering shelter to those who live alone and without protection, our country’s will to survive cannot be broken.

The concluding paragraphs are as follows: “So my message to you is simple. Help those who cannot help themselves, comfort the lonely and homeless, and let your family become the center of hope and life for those in need.

“As we strive together to fight the new evil, let us pray for our country and men of good will everywhere.

“God bless you all.”