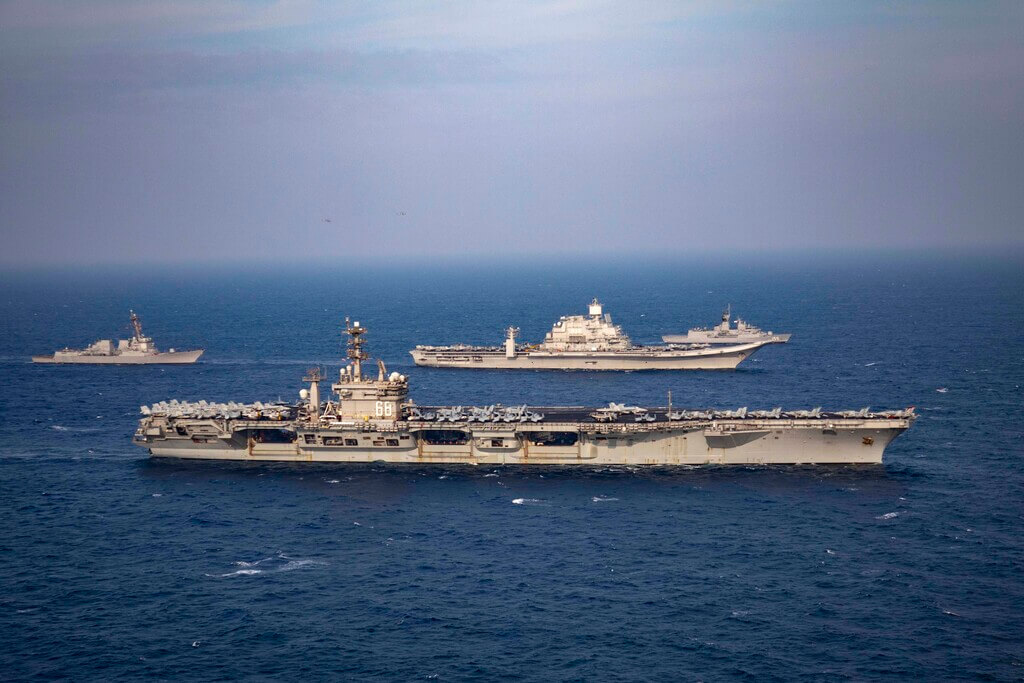 The BDN Opinion section operates independently and does not set newsroom policies or contribute to reporting or editing articles elsewhere in the newspaper or on bangordailynews.com.

Gwynne Dyer is a London-based freelance journalist whose comments are published in 45 countries.

AUKUS does not matter. It’s the Quad that counts.

The creation of an Australia-UK-US military alliance last week caused a storm in a teapot, but the real action was elsewhere. On Friday in Washington, the Quadrilateral Security Dialogue (‘Quad’ for short) held its first-ever face-to-face summit and defined the sides of the great power showdown for the next generation.

No one was willing to say the word “China” out loud, but “containing” China is just as much the Quad’s goal as “containing” the Soviet Union was when the Treaty Organization was. North Atlantic (NATO) was founded 72 years ago. And like the NATO nations of the day, today’s Quad members collectively are more numerous, more powerful, and encircle their adversary.

The United States, India, Japan and Australia have more than two billion people compared to China’s 1.4 billion, and economies that are about twice the size of China. All of the Quad members except Japan still have growing and relatively young populations, as China’s population is aging rapidly and is expected to start dropping rapidly by 2030.

It is becoming common to see the Western media claim that China now has “the world’s largest navy”, but that is only if you count every rowboat and dinghy. In terms of serious naval equipment, China has a sixth of the tonnage of Quad navies, including only two aircraft carriers at 15 for Quads and twelve nuclear-powered submarines at 69.

So what is it all about? The Chinese are clearly not equipped to try to take over the world, and the country’s rulers are obviously not interested in spreading their ideology either. They don’t even believe it themselves: Communism provides a rhetorical excuse for an authoritarian one-party regime, but the economy is capitalism “with Chinese characteristics”.

These are superficially minor territorial issues around the perimeter of China, but just below the surface it is pure power in an almost abstract sense. The United States has been the supreme power in the world for 75 years, and China is a challenger with its own obvious sense of destiny.

For Japan and India, major minor powers that have minor border disputes with China, an alliance with the United States is a cheap and convenient insurance policy. For Australia, perpetually worried about being alone as a Western country in Asia, the alliance with America has been the only basis of defense policy since the end of the British Empire.

These clashes are normal, even cyclical, and have followed one another about half a century apart for the past 400 years. What motivates them, no matter what people say to themselves at the time, are mostly the differential growth rates of the power of the great states.

Some grow faster, others slow or not at all, and after half a century or so, a once lower-ranking state feels powerful enough to challenge the best reigning dog. The best dog always responds to the challenge, and off we go.

This is what is happening right now. It is not about “freedom” or “socialism” or the right of navigation in the South China Sea. This is pecking order, pure and simple – and it doesn’t have to end in a big war. These cycles always ended with this kind of war, but not the last, and this one maybe not either.

The last one ended peacefully because the challenger ran out of steam: the former Soviet Union has just collapsed economically. China is unlikely to collapse, but its economic growth is no longer very rapid, and the threat of global warming could ultimately distract the two contenders from this insane competition.

It could also go another way, especially if President Xi Jinping decides to invade Taiwan, but most of the irritants that are used to justify the militarization of the Quad – Hong Kong, the treatment of Uyghurs in Xinjiang, the actions of China on the Indian border, etc. – do not threaten the international order.

And then there are nuclear weapons, the other main reason why the 40-year-old US-Soviet confrontation did not end in a world war.

Comfort. It may never happen.

More articles from the BDN