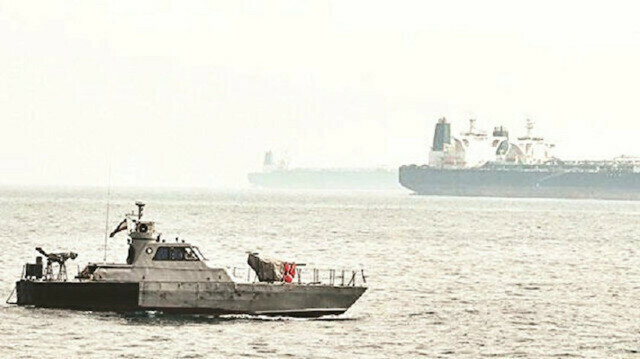 While Iran cannot afford a military conflict with Israel, especially given its new Gulf allies, Israel does not want another conflict given those on its border.

Three weeks ago, Mercer Street, an oil tanker linked to an Israeli billionaire, suffered an explosive Kamikaze drone attack while sailing in the Arabian Sea off Masirah in Oman.[1] The Liberian-flagged vessel lost two crew members, one British and one Romanian.

No state, militia, group or other claimed responsibility for the attack. The Israeli government, however, has blamed Iran, a claim supported by US and UK officials but rejected by Iranian and Russian officials.[2]

Tensions between Iran and Israel have increased in recent months. Days after the attack, Israel carried out cross-border airstrikes in Lebanon for the first time in seven years since the war with Hezbollah, a militant group backed by Tehran.[3] This year, attacks on ships in the Persian Gulf region resulted in the explosion of Iran’s largest navy ship and a former ship owned by Israelis traveling from Saudi Arabia to the United Arab Emirates (UAE) . Mercer Street, however, is the first ship to lose crew members in an attack.

This year Iran and Israel have seen the birth of new governments that must prove themselves to their national skeptics. Neither side wants a war, but the result of internal political pressure is harsh statements and provocations without public claims of accountability.

In Israel, after a parliamentary crisis, a diverse coalition of eight parties spanning the left, the far right and, for the first time in the history of the Knesset, an Islamist party representing the Palestinian citizens of Israel reached a agreement to form a government ending Benjamin Netanyahu and Likud rule.[4] The coalition government led by ultra-nationalist Naftali Bennett of the right-wing Yamina party and Yair Lapid of the centrist Yesh Atid party must prove – primarily to Netanyahu supporters – that it is strong enough to maintain Israeli security. At the top of the agenda appears strong in the face of a more aggressive Iran, which means politically isolating it from the United States and Europe and enhancing the Israeli presence in the Persian Gulf.[5]

In Iran, Ebrahim Raeisi’s victory in a hotly contested election in June marked the end of the era of reformists, led by former President Hassan Rouhani and former Foreign Minister Javad Zarif, and the return of extremists.[6] Raeisi is a close ally of Supreme Leader Ali Khamenei, who is said to have hand-picked Raeisi because of his similar political views. Where reformists have focused huge efforts on diplomacy and engagement with Europe and the United States, Raeisi will focus more on Iran’s regional foreign policy, which now includes dealing with an Afghanistan. led by the Taliban. Domestically, Raeisi’s most pressing problem is resolving the Iranian economy. In the grip of crippling sanctions and a devastating situation during the coronavirus pandemic, Iran’s economy is in ruins. In order to improve the economy, Raeisi must obtain the lifting of sanctions, which will require wise management of foreign affairs and the nuclear issue.[7]

From the start of the Joint Comprehensive Plan of Action (JCPOA) negotiations, Israel expressed its opposition to a nuclear deal with Tehran. Israel has long viewed the derailment of Iran’s nuclear program as imperative for its own security and has carried out numerous operations aimed at exposing what it sees as spurious claims by Iran that its nuclear program is not focused on weapons production. Moreover, Israel felt snubbed that the Western bloc, Russia and China seemed to ignore Israel’s concerns – a complaint echoed by the Arab Gulf states, some of which normalized their relations with Israel last year.

The unilateral withdrawal of the United States from the nuclear deal in 2018 changed the behavior of Iran and Israel. Tel Aviv has started to publicize its presence inside Iran through a series of operations targeting Iran’s nuclear program. Although the Israeli government does not confirm or deny the involvement, intelligence agents maintain that the Mossad was behind a fire and two explosions at the Natanz centrifuge assembly facility and the murder of the Iranian chief nuclear scientist and General of the Revolutionary Guards, Mohsen Fakhrizadeh.[8]

Iran viewed the US move as a violation of the deal and responded by reneging on its promises in the deal as well. In 2019, Iran increased the size of its stockpile of low enriched uranium and increased the level of uranium concentration it held. Following the assassination of General Qasem Soleimani in early 2020, Iranian officials have announced that they will stop limiting uranium enrichment. In recent years, Iran has seen two senior officials assassinated, nuclear facilities attacked, and now its ships are targets in the Persian Gulf.[9] A nuclear deal would be very helpful, but as Raeisi said, Iran will not concede its foreign policy.

Looking ahead, the future of the deal will be the most important factor in whether Iran and Israel continue to escalate attacks and exacerbate tensions. Both the Bennet-Lapid and Raeisi governments must appear assertive and resolute, but at the same time neither government wants all-out war. While Iran cannot afford a military conflict with Israel, especially given its new Gulf allies, Israel does not want another conflict given those on its border. A full-fledged war is unlikely, but as Israeli interests in the region around Iran develop, the Cold War is likely to become even colder.

– Deniz Citak is a Washington-based independent analyst and researcher who focuses on Turkey, the Gulf and Iran. He holds a Master of Science in Comparative Politics from the London School of Economics and a Bachelor of Science in Foreign Service from Georgetown University.

* The opinions expressed in this article are those of the author and do not necessarily reflect the editorial policy of the Anadolu Agency.