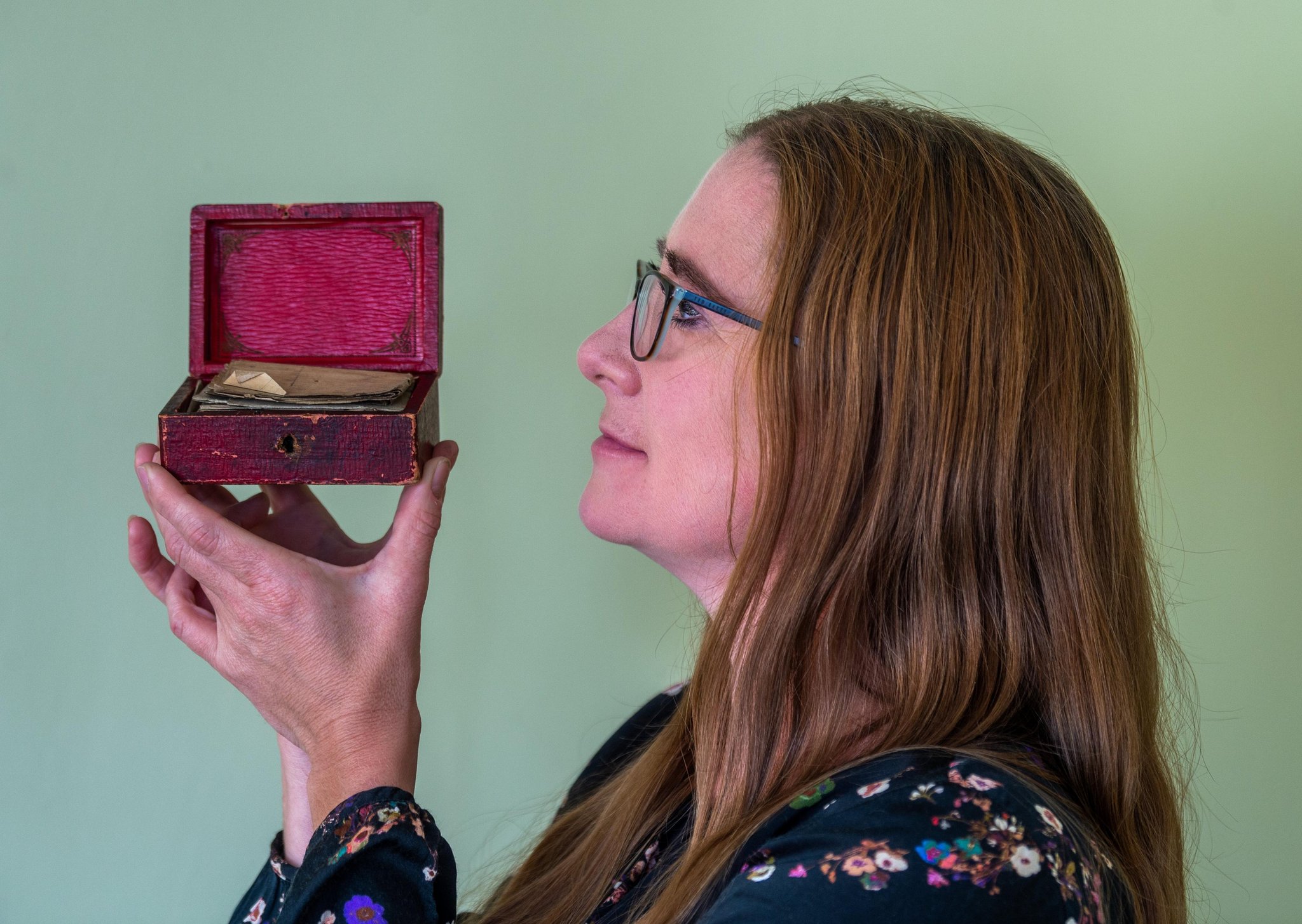 For more than 100 years, letters from WWI soldier Sergeant Fred Emms to his family lay in a small red box in a drawer.

Letters to his younger sister, Annie, in Leeds, documented his daily life in the trenches with the 8th (Leeds Rifles) Battalion, The West Yorkshire Regiment in France from 1915 to 1918.

Register now to our daily newsletter

The newsletter i cut through the noise

Now, for the first time, her grand-niece, Jo Fox, brings her stories to life in a new book, Fred’s Letters, which tells her story and explores key themes of life during WWI.

“There are 10 surviving letters,” says Jo. “At one point, the letters were passed on from the family to my mother.

“She mentioned them in 2014, when it was the 100th anniversary of the start of the war, but she wasn’t sure exactly who Fred was and what happened to him.”

With the help of Bradford historian and World War I expert David Whithorn, Jo, a tutor for children with additional needs, has spent the last few years finding out who Fred was, his life in and outside of the army, and unfortunately his untimely death at the end of the war in 2018.

“I feel like I know him, and although I’ve never seen a photo of him, I know exactly what he looked like,” she says.

David helped Jo piece together the story. “Some of the dates of his letters were unclear,” says Jo. “But by looking at the information they contain, we were able to determine when they were written.”

At the start of 1914, Aldershot was the largest military camp in the country, with 20% of the British Army based there.

When war broke out, thousands of recruits came to train there. It provided the core of the army of 1914, cared for the wounded in combat, and ensured a constant supply of trained men for combat.

“We’re all still in Aldershot, thousands of us in fact, they don’t know where to put us, and what (to do) with us and the food is hardly worth eating,” Fred wrote.

“Bread and marmalade for breakfast with a little or half a sausage for Sunday morning isn’t much and you have to keep an eye on it.” But they still let you enjoy the fresh air.

Another letter recalls a friendly snowball fight between British and German soldiers in their trenches in early 2016: “We were in the trenches again, it snowed most of the time we were there and it was cold, I can tell you, ”Fred wrote.

“We were so close to the Germans we were talking to them and they were just as fed up with us and we even snowballed just 20 yards away. We had a little fun with them.

Letters from the front line were censored because they feared that valuable information would fall into enemy hands if captured.

“He was probably too scared to talk about it too much and wouldn’t have wanted to worry his family,” Jo says. “He would have pretended everything was fine, even if it wasn’t.”

Through her own research, Jo also restored Fred’s youthfulness.

She discovered that Fred’s father, Robert, was born in Norfolk but moved to Yorkshire to work there.

Fred himself was an avid football fan and was captain of his local football team in Leeds in the 1890s.

He was an ironworker and worked in a foundry cleaning cast iron and molds before volunteering to serve in the war.

During the war, Fred’s wife and two young daughters lived in a terraced house near Elland Road in Leeds.

Fred and his battalion fought in a number of high-profile battles during their time on the front line, including the Battle of the Somme in 1916, the Battle of Passchendaele in 1917, and the Battle of Tardenois or “Bligny Ridge” in July 1918.

Their heroic role in the latter, when the division captured Bligny against strong opposition and helped change the course of the First World War, earned them the rare “War Criox”, a high French military honor.

Fred also spent time at the Second Canadian General Hospital in Le Treport with a sore knee from which he sent some of his letters.

“We don’t know what happened to his knee, but from what he says in the letters, he seemed pretty happy in there, aside from the pain,” says Jo.

“He said he felt safe and the food was better than in the trenches.

The battle was part of the Allied Hundred Day Offensive against German positions on the Western Front.

The fighting took place in the Nord-Pas-de-Calais region of France, along an incomplete portion of the Canal du Nord and on the outskirts of Cambrai between September 27 and October 1, 1918.

Fred was 35 and died a few weeks before the end of the war and five weeks after his last letter, in which he expressed his surprise at being appointed a sergeant and discussed his hope of returning home.

“You will be rather surprised when you see that I have become a sergeant,” he wrote.

“I don’t know what I did about it, but anyway, I’m going to have to behave now. I didn’t want the other stripe. I told the officer I didn’t want it, but I got it anyway.

He added, “I expect to be told to prepare for home at all times. I think I’m sure I’m home for Holbeck Feast but just a little patience … I think that’s it for now but I’ll let you know if I can, I’m going home with the good old Blighty.

Sadly, Fred’s entrance to the Leeds Parish Church war memorial misses his name, which Jo hopes to rectify. She is also looking for a photo of him.

“This project has been a little touching and it’s obviously tragic what happened,” she says.

“But since I knew these letters existed, I felt it was my job to find out who Fred was and tell his story.

“I feel like I extended his legacy and now future generations can learn what these men actually did.

“Each family will have an ancestor with a similar story. Over time, these stories get lost and it’s important to remember them. That’s why I put it in a book.

She adds: “I liked it and it’s a job that will never be finished. There will always be more to learn and more records to discover. “

The Letters of Fred will be published in November for Armistice Day. To pre-order a copy of the book, visit www.fredsletters.co.uk