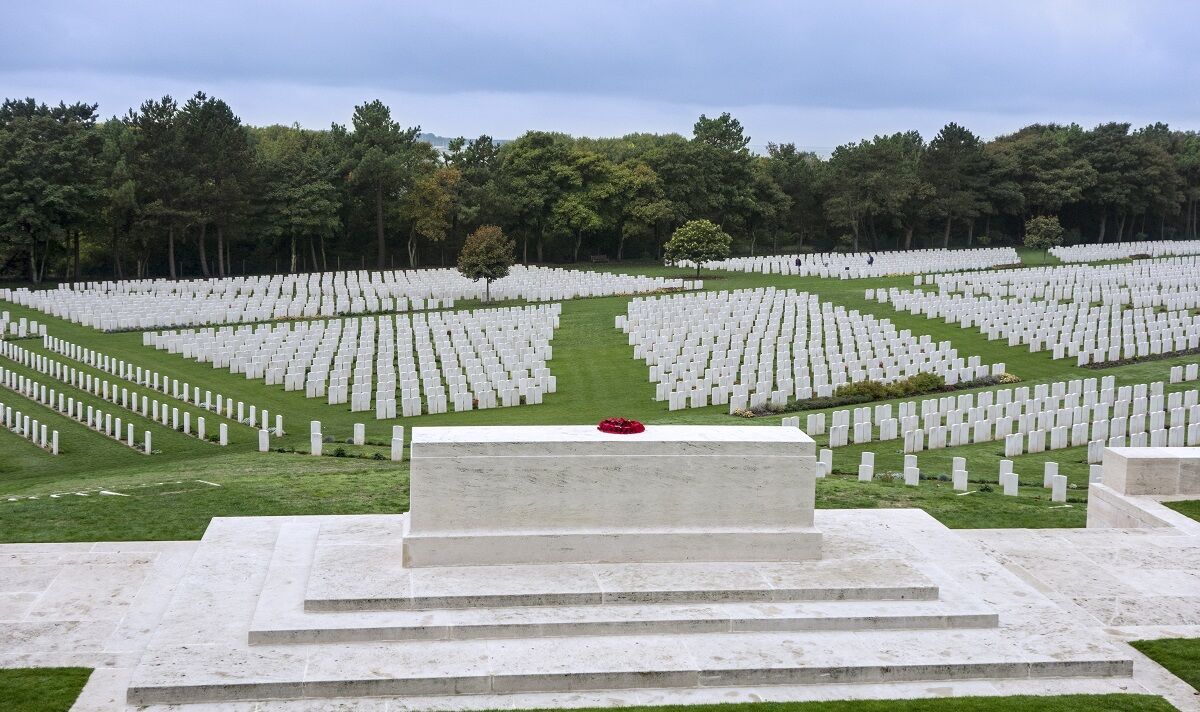 During the Great War, the British Army knowingly took large numbers of underage soldiers into the bloody trenches of the Western Front and Gallipoli. In fact, the numbers were so large that if the army had taken all those boys out of the fighting line, Britain would almost certainly have lost the war. This is the astonishing conclusion I have come to after a 20-year study of one of the greatest untold stories of the conflict, the astonishing truth behind the young boys – the so-called Boy Soldiers – who served Britain when it needed it.

Army policy in peacetime was not to take boys under the age of 19 overseas. They didn’t have the physical strength to withstand the rigors of front-line fighting, and they didn’t have the muscle mass to carry 66 pounds of gear on marches.

In 2006, when I made my first tentative estimates, I thought a quarter of a million underage boys had served.

Now, using more and more precise methods to calculate the numbers, I can say with certainty that the numbers are much higher than I could have imagined.

At least 400,000 boys, some as young as 13 or 14 and a handful as young as 12, enlisted in the army, with two-thirds serving overseas. Many would experience life and death in the bloody, muddy trenches of the Somme and the infamous Ypres Salient.

It is shocking to realize that twice as many underage boys served in 1915 as the entire force the Duke of Wellington led to fight Napoleon at Waterloo 100 years earlier.

Guys who joined at the start of the war in 1914 were excited about the prospect of fighting.

Guys like Vic Cole, from Gipsy Hill, London, enlisted with his great pal, George Pulley. Vic, 17, and George, 16, were two of thousands of guys who, consumed by patriotism and a thirst for adventure, besieged recruiting offices across the country. Only Vic would return from the war.

George would be killed on the first day of the Battle of the Somme. They enlisted with no problem but many others were turned down, to try again and again until they were accepted.

A veteran who enlisted at the age of 15 explained: “Civilian life was a boring life when you looked at it, just work. Mine was a dirty job in an engineering firm, always a lot grease and the smell of metal being turned. I don’t like machines either. I’ve always been afraid of being caught in them.

The Kaiser and his troops were less afraid of this boy than the heavy machinery of industrial Britain.

Some parents were also keen to let their young sons enlist, believing that the war would not last beyond that first Christmas.

For a few months, their sons would get fresh air, exercise, and eat three meals a day. Then they returned home without ever having been abroad, or so they thought.

I became fascinated by the story of these boys as I traveled the battlefields of Belgium and northern France. Here are hundreds of impeccably maintained Commonwealth war cemeteries that dot the landscape of the 1914-1918 war. In the 1980s and 1990s, e wh per my sup nex when I first stood before the perfectly aligned rows of white headstones, I saw for myself the youth of those who died, their ages provided by grieving relatives and engraved next to the soldier’s name. It was heartbreaking to see.

At the foot of these graves were engraved expressions of grief and love, tributes written and paid for by distraught relatives.

“Mother’s Baby Son. Sorely Missed”, added to the base of Private Bernard Whittington’s grave, for example. Killed in July 1916, aged 17, he was buried in Delville Wood Cemetery in the Somme, his death devastating his widowed mother, Amelia.

“O So Young & Yet So Brave,” is another inscription that would bring any visitor to the battlefield to tears. This is an inscription in the name of James Rathband, a 16-year-old soldier in the Royal Dublin Fusiliers, who was also killed in the Somme.

To my amazement, nothing had been written about the daring exploits of these boys.

I started digging through the archives, reading original memoirs and diaries to piece together the story. I also interviewed the last survivors, men like Cecil Withers, who enlisted aged 17 in November 1915. Before he died aged 106 in April 2005, he m told how he and his buddies had joined miners.

“A lot of 15 and 16 year old boys said they were 19, the authorities didn’t ask any questions, no ID was required.

“You knew the boys were that age, they told you on the sly. We were cleaning up, talking and they were like, ‘Well, I’m only 16.

While initially recruiting sergeants might have tried to meet the age limit of 19, by mid-1915 the British Army had suffered terrible losses in the fighting around Ypres in April and May, and in September more fell in the Allied offensive at Loos.

The army was desperate and boys like 15-year-old Private John Flint had to leave. Worried parents, who had once colluded with the enlistment of their boys, flocked to the barracks at the news that their sons were leaving for the front. Flint’s parents even appealed to their local MP, Sir Arthur Markham, to intervene on their behalf.

He campaigned vigorously for his release and eventually Flint was sent home. But many commanders ignored their desperate pleas, annoyed that these boys had lied, and decided they would now serve as the men they claimed to be.

Albert Harvey, 97, with a photo of him as a 15-year-old boy soldier (Image: Richard van Emden)

As the war dragged on, the recruiting sergeants found that fewer and fewer men were willing to volunteer.

In July and August 1915 young people began to make up the shortfall.

The war was going badly and many boys, like 15-year-old Private Albert Harvey, would not even get the year-long training that the first recruits received.

Albert received less than many, only six months, but some boys received only six weeks training. For these boys, summer enlistment usually meant a winter departure to the hell of the collapsed trenches, where the water could be knee-deep.

There were guys on the Western Front who had lied not only about their age but also their name in hopes that they wouldn’t be found out.

Cecil Withers, for example, enlisted as Harrison until he realized that if he was killed no one would know who he was.

He confessed and gave his true age, although he always went to France as a minor.

“Thousands and thousands of decent boys left their homes and were torn to pieces: scattered everywhere,” he recalled bitterly.

“At night, the rats were also feeding on the corpses, it’s shocking.

“When these boys were killed in action, their ID discs were taken from them along with their name and number, and that name and number was searched through the archives and found to be false.” It was not until January 1916 that the British government introduced conscription as a means of regularly supplying the army with the men it needed.

These conscripts had to be trained and prepared for battle, but as they gradually began to appear on the battlefield in late 1916, the British Army could afford to abandon these still underage guys, although many had fought for a year or more.

We will never know exactly how many underage boys died, while so many of them served under false names.

The Commonwealth War Graves Commission‘s online database lists the ages of half of all those who have fallen in battle – only half because so many relatives could not bring themselves to respond to an official request for after the war to give the true age of their deceased son.

For many years I wondered how many soldiers killed at the age of 19, 20 and even 21 had once served as minors overseas.

So I looked at the service records of those thousands of guys killed later in the war and looked back to see how many had served overseas in 1914 and 1915.

Until January 1916, army records, known as Medal Index Cards, gave the precise date a boy entered the field of operations, possibly on the Western Front or at Gallipoli.

Looking again at the Commonwealth war graves death records, it is possible to cross-reference these two sources to calculate how many of these boys aged 19-21 were actually fighting in the trenches as minors, perhaps one, two or even three. years before the date of their death.

I had never looked at records like this before, but now I was able to prove that at least 400,000 guys had served. I was stunned.

The results revealed that in addition to those I had found in the past, tens of thousands more had already served minors, not to mention all those additional boys who had suffered terrible bodily and mental injuries that changed their life.

Cecil Withers remained deeply troubled by the number of boys who died without their parents ever knowing what had happened.

“They’ve kind of become unknown warriors,” he told me wistfully, reflecting one last time on the amazing courage of the boys who once served this country as men.