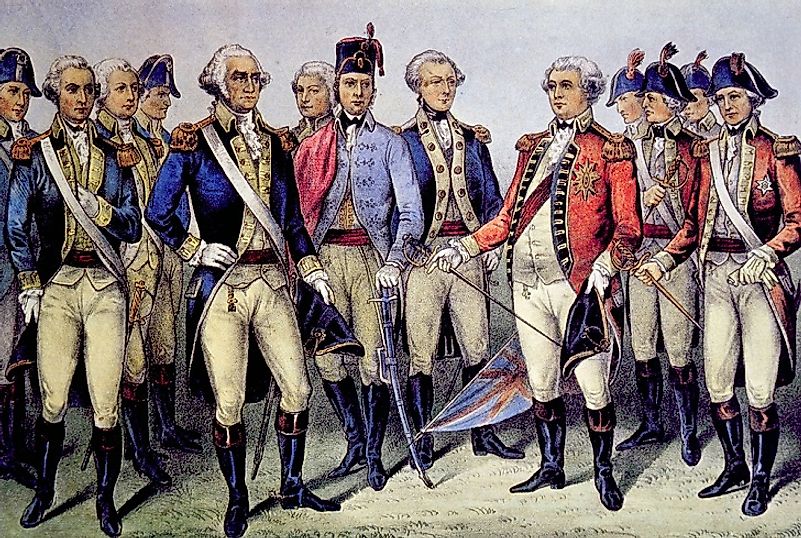 The Battle of Yorktown: The American War of Independence

The Battle of Yorktown was the last major battle in the United States War of Independence. It takes place in Yorktown, Virginia, from September 28, 1781 to October 19, 1781. At the end of August 1781, George Washington realizes that General Charles Cornwallis’ army is near Yorktown. General Washington’s army was located near New York, and on August 21, 1781, in an effort to destroy Cornwallis’ army, joined the French as a single force. The French navy also played an important role, as it prevented General Cornwallis’ army from obtaining additional military forces. The Battle of Yorktown is considered to be one of the most important battles of the US Revolutionary War, as for many it symbolized America’s ultimate victory over the British, paving the way for an independent government. .

The sides of the battle were the Continental (or American) and French sides on the one hand, and the British Army on the other. General George Washington commanded the American-French side while General Lord Charles Cornwallis led the British army. George Washington’s army numbered 17,000 while the British only had 9,000. Although Cornwallis expects 5,000 to arrive from New York, the timing of the battle does not allow this to happen. produce. Just as the Americans were supported by the French of Rochambeau, Britain had called in German soldiers hired from Hesse-Kassel and Ansbach to facilitate Cornwallis’ objectives.

General George Washington used secrecy as a primary tactic. He wanted everyone (including other Americans) to believe that he would send his army to New York. There was an early battle called the Battle of Chesapeake in which the British Army was defeated by the French. While the British were being misled, Washington reached Yorktown. Washington had siege tools, artillery, shock troops and French infantry at its disposal. The strategy was for the men to surround Yorktown via Williamsburg. On September 29, 1781, shots were fired from both the British and American sides, causing some casualties and prompting both sides to work on improving their defenses. This is because the British fired aimlessly while the French placed their artillery in the most optimal way, and the British therefore lost any advantage they might have had. Washington’s men were the first to fire on October 9, 1781, when the final attack began. Seeing that he was losing, Cornwallis attempted to escape to New York with his army 7 days later. When no hope of doing so was possible, they surrendered instead a day later.

The Continental-French Combined Army won because of the greater number of troops they had in addition to the secrecy of the tactics employed by General Washington. In terms of casualties, the French lost 60 men and 194 were wounded, the Americans lost 28 with 107 wounded, and the British and their contracted Germans had 156 of their own killed, 326 wounded and 70 missing. Cornwallis surrendered with 7,087 other of his subordinate men.

This battle was important because it effectively ended the American Revolutionary War and paved the way for the achievement of independence, although a few small skirmishes took place here and there for some time between a number of pro-royal and pro-continental groups for over a year in a war that lasted 8 bloody years in all. The war officially ended with the signing of the Treaty of Paris almost 2 years later, on September 3, 1783, with the recognition of American independence from Great Britain. Although both armies had smaller units that would continue to fight for another two years, both sides already knew in advance of the impending global victory of the United States. The British Parliament would have no control over the Thirteen Colonies, and shortly thereafter America would establish itself as an independent nation with a National Constitution to be drafted and approved by its constituent colonies, which would become the “United States”. United “. Experts agree that without an American victory at the Battle of Yorktown, the war would have been prolonged for a long time and the British might have been able to win the war and reclaim America. The battle site is maintained as part of the Colonial National Historic Park by the National Park Service. The area is still militarily important to this day, neighboring a number of US military arsenals and training facilities, as well as defense manufacturers.

Residents of Winsted, from the American Revolutionary War to WWII, come to life in 3rd annual cemetery walk

Battle of Bunker Hill: The American War of Independence