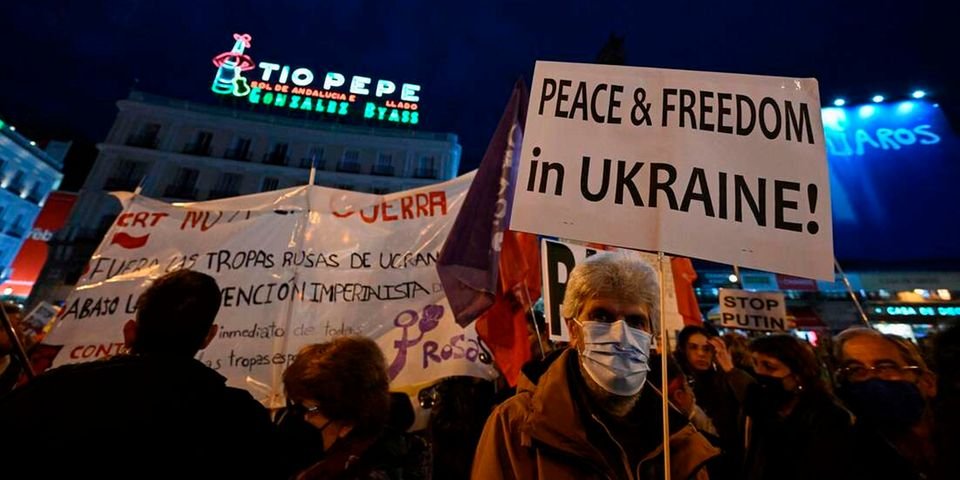 Russia’s attack on Ukraine could herald a Cold War revival in Europe with two heavily armed blocs pointing nukes at each other through an iron curtain, say politicians and experts.

Ukrainian President Volodymyr Zelensky’s statement that Moscow’s assault on his country was “the sound of a new iron curtain coming down” resonated in the halls of Western power where many had assumed the division of power he post-war Europe in hostile camps led by the United States and Russia was consigned to the history books.

From Hitler’s defeat in 1945 to the fall of the Berlin Wall in 1989, Europe was divided into two camps, the dividing line passing through Germany.

The so-called Iron Curtain, a term coined by British warlord Winston Churchill, separated western liberal capitalist democracies from eastern communist countries, each part of zones of influence that were mostly accepted by the ‘other side.

But after the collapse of the Soviet Union in 1991, many of Moscow’s former satellites turned to the West, joining NATO and the European Union if they could – like Poland and Romania – or at least liberalizing their economies and political systems, like Ukraine. .

Former German Chancellor Angela Merkel, who grew up in communist East Germany, warned that Russian President Vladimir Putin was seeking to reverse this trend and restore Moscow’s sphere of influence.

“Russia’s war of aggression marks a profound turning point in European history after the end of the Cold War,” Merkel said Friday.

His successor, Olaf Scholz, echoed those concerns when he called the invasion of Ukraine “an attempt to forcefully shift borders inside Europe.”

US Secretary of State Antony Blinken accused Putin of wanting to “reconstitute the Soviet empire” or at least “reassert a sphere of influence”.

French President Emmanuel Macron also appeared to reflect on the long-term impact of the Russian offensive when he described the war as a “turning point in the history of Europe and our country” with “consequences deep and lasting for our lives”.

Russia removing “Ukraine from the map of nations”, as French Foreign Minister Jean-Yves Le Drian fears, would considerably lengthen the border that NATO countries share with Russia, with a sharp increase in potential hotspots – and fewer buffers.

The United States and other NATO members are already sending reinforcements to the alliance’s front line.

Once Washington stations the promised 7,000 additional troops, the United States will have 90,000 total troops deployed in Europe.

Among European nations pledging more efforts, France said it would step up its troop deployment to Romania, while Italy would send 3,400 troops to its most exposed NATO allies.

“All kinds of repercussions”

Western pundits have little doubt that victory in Ukraine would see Putin tighten his grip not only on Kiev, but also on neighboring Belarus, which has already served as a launching pad for Russia’s attack.

“The war in Ukraine will have all kinds of repercussions on the line from the Baltic to the Black Sea,” said Jean-Sylvestre Mongrenier of the Thomas More Institute think tank.

Belarus “would become a satellite again”, he told AFP, and Russian pressure would increase on the Baltic countries and Poland.

Scholz called on Germany’s allies to prevent the conflict from spreading to other countries “with everything at our disposal” and warned Putin not to underestimate NATO’s determination to defend its members.

As tensions mount, the threat of nuclear weapons – a key ingredient of postwar Europe’s Cold War order – is also making a comeback.

Le Drian reminded Putin that ‘the Atlantic alliance is also a nuclear alliance’, while the Russian leader threatened reprisals ‘like you have never seen in history’ for anyone who interferes with the war in Ukraine – what many understand as nuclear retaliation.

Russia and the United States both have thousands of nuclear warheads at their disposal, with France and Britain adding to the West’s atomic capabilities.

Ukraine, which emerged from the Cold War with large stockpiles of Soviet-era nuclear weapons, gave up its arsenal in the 1990s