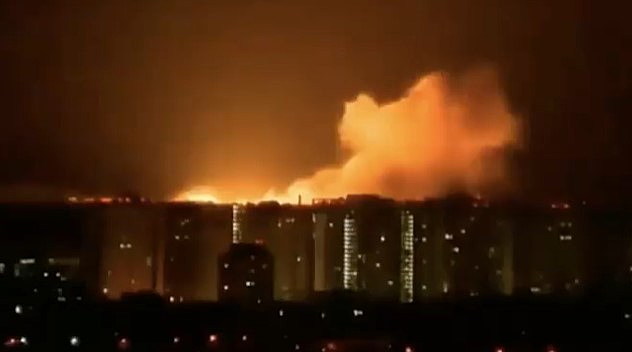 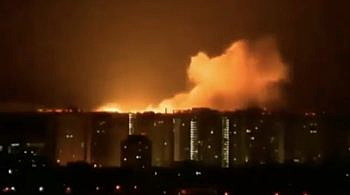 (CN) – As the United States says Russia must suffer a crippling defeat, the rhetoric coming out of Moscow is also intensifying with a warning from its foreign minister that the conflict in Ukraine could spin out of control in a new world War.

The escalating war of words between Moscow and Washington comes at a time when the battlefield is spreading with more explosions reported on Russian territory and now also in Transnistria, a pro-Russian separatist region inside from the small country of Moldova, sandwiched between Romania and Ukraine.

Meanwhile, Western allies met in Germany on Tuesday to make new pledges of military support to Ukraine. In a significant change for war-wary German Chancellor Olaf Scholz, Germany said on Tuesday it was sending anti-aircraft systems to kyiv. Scholz and his Social Democrats – who, until the outbreak of war, viewed close ties with Russia as beneficial – are under immense pressure from coalition partners to do more to harm Russia. The European Union is also moving towards a partial blockage of Russian oil and natural gas, which would be another major change.

On Tuesday, United Nations Secretary-General Antonio Guterres was in Moscow to urge Russian President Vladimir Putin to end the war in Ukraine and help civilians trapped in the war zone to safety, especially those who are inside a bunker of a besieged steelworks in Mariupol where Ukrainian forces are surrounded by Russian troops. In a press conference, Guterres said the war threatened to cause famine in many parts of the world. Guterres then headed for kyiv, but there was little hope that his journey would lead to breakthroughs.

Inside Ukraine, fighting raged on Tuesday with reports that Russian forces were trying to break through Ukrainian defensive lines in the Donbass, eastern regions of Ukraine that Russia is seeking to seize. The Battle of Donbass is considered a decisive phase of the war because a good part of the Ukrainian army is here, even though the Ukrainian forces would be outnumbered.

Independent reports from the front lines are scarce, but images from Ukrainian and Russian sources show many dead bodies, intense fighting, destroyed equipment, rockets streaking through the sky and soldiers sheltering in vast trench systems.

The ominous language uttered by the Kremlin about a possible Third World War came after US Secretary of State Antony Blinken and US Secretary of Defense Lloyd Austin visited Ukrainian President Volodymyr Zelenskyy in kyiv on Sunday with promises of more weapons to help Ukraine defeat Russia. weak to the point of being unable to carry out future invasions.

“We want to see Russia weakened to the point where they can’t do the kinds of things they did by invading Ukraine,” Austin said, a comment that made headlines in Europe on Monday night. His remarks fueled Russian allegations that the West seeks to overthrow Putin and destroy Russia as a state.

Austin said Russia “has already lost a lot of military capability” and that “we don’t want them to have the ability to replicate that capability very quickly.”

Speaking on Russian state television on Monday night, Russian Foreign Minister Sergey Lavrov warned of the danger of a Third World War, according to Interfax, a Russian state news agency.

“The danger is serious, it is real, it cannot be underestimated,” Lavrov said on Channel One. He compared tensions between the West and Russia to the Cuban Missile Crisis of 1962 which brought the world to the brink of nuclear war.

He warned that there are no clear rules governing the behavior of superpowers due to the dismantling of arms control and nuclear non-proliferation treaties since the end of the Cold War and that they do not exist today. hui as a reliable “channel of communication” as was the case between Soviet and American leaders in 1962.