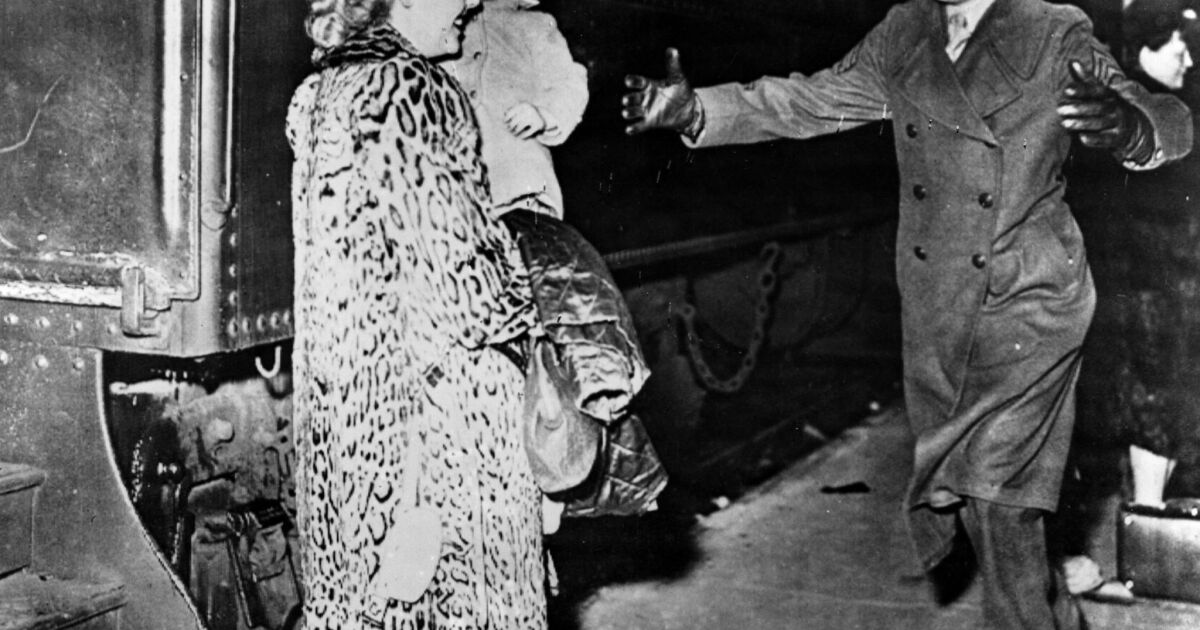 Op-Ed: British War Brides Fought Their Own Battles in the 1940s

America’s attitudes toward immigration have always been complicated. Influenced by world events, the United States welcomes some immigrants and demonizes others, and it can be hard to understand the logic. Take the story of 70,000 would-be immigrants from Britain in the 1940s who all shared a common status: they were war brides.

In 1942, America and Britain were new allies in the fight against Hitler, and maintaining a strong friendship between the two nations was essential to the war effort. To that end, the 2 million US servicemen who arrived in Britain to prepare for D-Day were given 38-page manuals explaining how best to avoid disturbing their hosts during the so-called friendly invasion.

The rules encouraged conviviality but discouraged “special relationships”. The US military viewed romance as a distraction from the work soldiers had come to Europe to do, and it especially discouraged marriage. In July 1942, an article in the Yank Armed Forces magazine was titled “Promise Him Nothing – Marriage Outside the United States is Forbidden.”

Strictly speaking, it was a slight exaggeration, but it captured the mood of the authorities. Barely a month earlier, a War Ministry regulation had been put in place to require overseas troops to obtain official permission to marry, or face a court martial. The process was remarkably complex, involving up to 15 forms, and it could take up to a year for permission to be granted or denied.

Meanwhile, the British Red Cross was recruited to carry out checks on future brides, visit their homes, interview close relatives and write a report on each young woman. When news of the practice became public, it sparked outrage and the organization was accused of conducting “character investigations”.

But similar checks were also taking place in the United States, where the personal situation of the future groom was scrutinized and his quest for happiness submitted to the authorities. To ensure that he would be able to support a wife, any bank savings he had was taken into account, as was his parents’ attitude towards marriage.

Earl Houtz, a GI from Montana, had his marriage proposal rejected after his father refused to give his consent – not because he opposed the marriage but on principle, because of his opinion that love is â€œa personal affair of two people. “In which” no one has the right to intervene “.

Once these intrusive investigations were completed, a request had to be approved by a soldier’s commanding officer, who often tried to persuade him to change his mind. A man’s commander told him he should hold out for an American girl after the war, and when he tried to argue he was demoted.

Just as GIs had been the subject of suspicion by the British public (they were commonly described as “overpaid, over-sexed and here”), their wives were often suspected by Americans of being little more than research workers. ‘gold – or, at best, economic migrants, using marriage as a ticket out of a poorer, fighting-stricken country.

Despite the obstacles they faced, more than 70,000 women married their American boyfriends, and when the war ended, they were eager to start their lives in the United States. But they presented a logistical challenge. Not only were thousands of GIs still waiting to return home, there were also over 100,000 war brides across Europe eligible for free transportation as military dependents.

Many British women waiting for army transport had not seen their husbands since until D-Day, and in June 1945, when they were warned that the ships might not be available for 10 or 12 months, they were furious. Some brides expressed their frustration at becoming “wallflower brides” as they were called in the American press, by demonstrating outside the United States Embassy in Grosvenor Square, which received 500 visits from wives every day. war. And when the recently widowed Eleanor Roosevelt visited London in November 1945, her hotel was besieged by an angry mob of brides and their babies, carrying signs that read “We ask for ships” and “We want our fathers.”

Finally, the level of pressure led to action in Washington, with the passage by Congress of the War Brides Act in December 1945. The law offered quota-free immigration status to wives of US servicemen ‘they could enter the country freely and without a visa. .

But before the brides could set sail, there was one final hurdle: the infamous Tidworth Treatment Camp on Salisbury Plain. The American base had been touted in the British press as a “country club” for GI brides, but it was anything but that. The women slept in large, poorly heated dormitories and were fed by disgruntled German and Italian prisoners of war. The military has made it clear that it is not interested in the complaints. â€œYou might not like the conditions here,â€ one group was told, â€œbut remember, no one asked you to come. “

In Tidworth, the brides were subjected to humiliating medical examinations. Lined up in the camp theater, the brides were to undress while a doctor shined a light between their legs. For girls raised in 1940s Britain, it was a humiliation. Some were so upset that they fled the camp, renouncing their passage to America.

The vast majority, however, resisted, and a month after the passage of the War Brides Act, Operation War Bride’s first trip left Southampton to New York, with 452 wives aboard a liner requisitioned.

The US government, the US military and the mistrust of their compatriots had failed to stop this wave of immigrant women – the largest in US history – and ultimately the obstacles of suspicion and bureaucracy had been overcome. As the boats docked in New York City, the brides were finally free to begin a much larger journey.

Duncan Barrett is the co-author, with Nuala Calvi, of the new book “GI Brides: The Wartime Girls Who Crossed the Atlantic for Love”.

The Battles of Coronel and the Falkland Islands: The Best British War Film You’ve Ever Seen | London Film Festival 2014