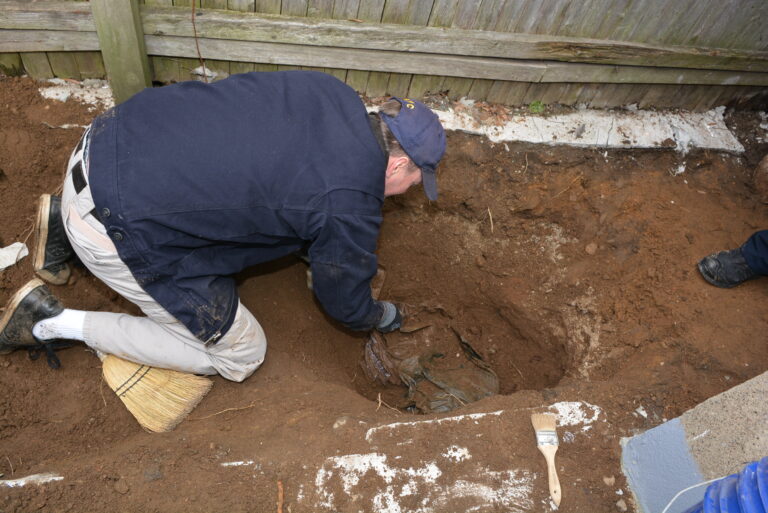 A New York man was charged on Wednesday in a 45-year-old closed case involving the murder of a World War I veteran.

According to a press release from the Queens District Attorney’s Office, the man has been identified as Martin Motta, 74. He was indicted by a grand jury in Queens and charged with second degree murder “for the 1976 murder of an 81-year-old World War I veteran”.

On March 12, 2019, “human remains consisting of a pelvis and a partial torso” were found in the backyard of a house in Richmond Hill, Queens, buried under concrete. According to the prosecutor’s office, the body was dismembered at the neck, shoulders and hips.

After the human remains were found, the city’s chief medical examiner’s office was able to establish a DNA profile. The office hoped the DNA profile would help them link the remains to a family member, but they failed even after searching local, state and national databases, the prosecutor’s office said.

“Earlier this year, the Queens District Attorney’s Office and the NYPD enlisted the help of a private lab and the FBI to help generate leads on the identity of the unknown victim,” the office said. from the prosecutor in the press release.

The private lab managed to generate a “complete genealogical profile from the skeletal remains”, which was then turned over to the FBI, generating leads for the Queens District Attorney’s Office and the New York Police Department (NYPD) to be continued.

According to the prosecutor’s office, investigators contacted potential family members and used DNA comparisons to determine the remains belonged to Seitz.

The prosecutor’s office said together with the NYPD they conducted a “careful investigation” and ultimately uncovered “crucial evidence” that allegedly linked Motta to Seitz’s murder.

â€œAfter 45 years, the alleged murderer of a World War I veteran is held accountable and brought to justice. We hope that the identification of the remains and the indictment in this case will begin to bring peace and closure to loved ones, â€the Queens district attorney said. Melinda Katz said in a statement. “This indictment serves as an example of how police and prosecutors work together to bring those suspected of committing crimes to justice, regardless of the time that passes or the number of obstacles. placed in our path. “

News week was directed to Katz’s statement after contacting the Queens District Attorney’s Office for comment.