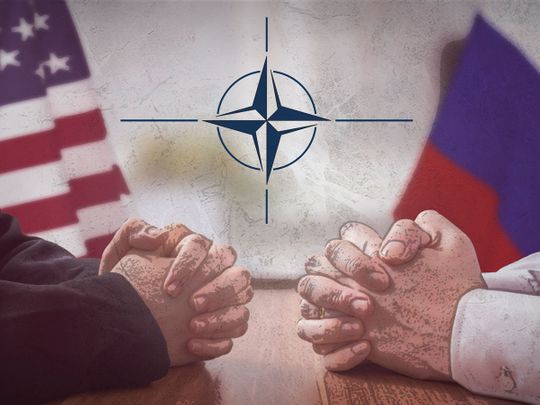 NATO’s New Cold War Could Get Much Hotter

A year after the end of World War II, former British Prime Minister Winston Churchill, during a visit to the United States in 1946, gave one of his most famous speeches, known to historians as name of “Iron Curtain Speech”. The speech could be seen as the first declaration of the Cold War, which ended in 1991, after the fall of the Soviet Union.

Strongly criticizing the Soviet Union’s control over Eastern European states, Churchill said: “From Stettin in the Baltic to Trieste in the Adriatic, an iron curtain has descended on the continent. On several occasions during the four decades of the Cold War, the world narrowly survived a war of annihilation. The most infamous took place during the Cuba Crisis in October 1962, which nearly sparked a nuclear war between the United States and the USSR.

Seven decades after Churchill’s speech, the Iron Curtains are no more. NATO, the western military alliance led by the United States, absorbed almost all of these eastern European states. Its forces and military hardware are literally on Russia’s doorstep. But instead of celebrating its victory and working to make the world safer and avoid the mistakes of decades past, NATO has actually declared the start of a new Cold War; but one that is probably much less cold than the first.

The only unpredictable thing here is the actions of the United States and some of its closest allies in NATO. These nuclear powers have clearly decided to drag the rest of Europe, and the rest of the world by extension, into another cold war.

The not-so-subtle statement took the form of NATO’s so-called “strategic concept” document that was endorsed by alliance leaders at their summit in Madrid, which ended on Thursday. The document, reviewed and updated every 10 years, “defines the Alliance’s priorities, core tasks and approaches for the next decade. The concept describes the security environment facing the Alliance, reaffirms our values ​​and sets out NATO’s key objective of ensuring our collective defence,” according to the official NATO website.

The summit, described by Jens Stoltenberg, NATO Secretary General, as “historic”, in its strategic concept for 2030, defined Russia as the “most significant and direct threat” to the security of its members. . He condemns what he describes as “the Russian Federation’s war of aggression against Ukraine [which] broke the peace and seriously altered our security environment. He says that in general, “Moscow’s behavior reflects a pattern of aggressive Russian actions against its neighbors and the wider transatlantic community.”

It might be understandable in the current circumstances to use such strong language in the context of the war in Ukraine and its security and humanitarian fallout. After all, the destruction is overwhelming and more than 12 million Ukrainians have fled their homes since the war began in February. However, the actual steps taken on the ground by the main NATO member, the United States, even before the concept was approved on Thursday, means more than a rational reaction to the Russian offensive in Ukraine. This shows a model, on the NATO side this time, of a belligerent policy of besieging Russia militarily. And that puts the world on a very dangerous path.

Stoltenberg announced even before the summit that NATO would increase the number of soldiers on “high alert” to more than 300,000, eight times the current number, citing what he described as “the most serious security crisis in Europe since World War II. Meanwhile, US President Joe Biden has announced that his country is strengthening its military presence in Europe – establishing a permanent military base in Poland (ironically the headquarters of the Soviet-led Warsaw Pact during the first Cold War), expanding the military base in Romania and deployment of additional destroyers and strategic bombers in Spain and Great Britain.

These calculated decisions were obviously planned long before Russia’s war in Ukraine. Moscow has complained for years about NATO’s aggressive eastward expansion policy, despite assurances from alliance leaders since the 1990s that the alliance was not interested in moving east of Berlin. As recently as 2010, NATO’s Strategic Concept, adopted at the Lisbon Summit that year, emphasized that “NATO poses no threat to Russia. On the contrary: we want to see a real strategic partnership between NATO and Russia.

However, Russia is not the only target of the new “historic” NATO document approved in Madrid. The alliance appears to be doubling down on absolute dominance. The Madrid document describes in detail the “systemic challenges posed by the People’s Republic of China”!

US National Security Council spokesman John Kirby told media in the Spanish capital that NATO was “increasingly concerned about China’s unfair trade practices, use of forced labor , intellectual property theft and their intimidation and coercion activities, not just in the Indo-Pacific”. , but worldwide.

It is probably needless to say here that these are US concerns, purely from the point of view of trade and commercial competition. The main EU states, France and Germany in particular, are not remembered to have had such complaints. Europe, it seems, is being drawn into the trade war between America and China. The risk here is that the United States has forced its European allies to make their economic competition with China an existential challenge for NATO members, which is not the case.

In the Madrid document, NATO says that “today’s world is contested and unpredictable”. That couldn’t be further from the truth. The only unpredictable thing here is the actions of the United States and some of its closest NATO allies. These nuclear powers have clearly decided to drag the rest of Europe, and the rest of the world by extension, into another cold war. The risk is real today that this new cold war will not remain as cold as the first. With Russia feeling stuck and China jostled, things could very well get a little hotter.