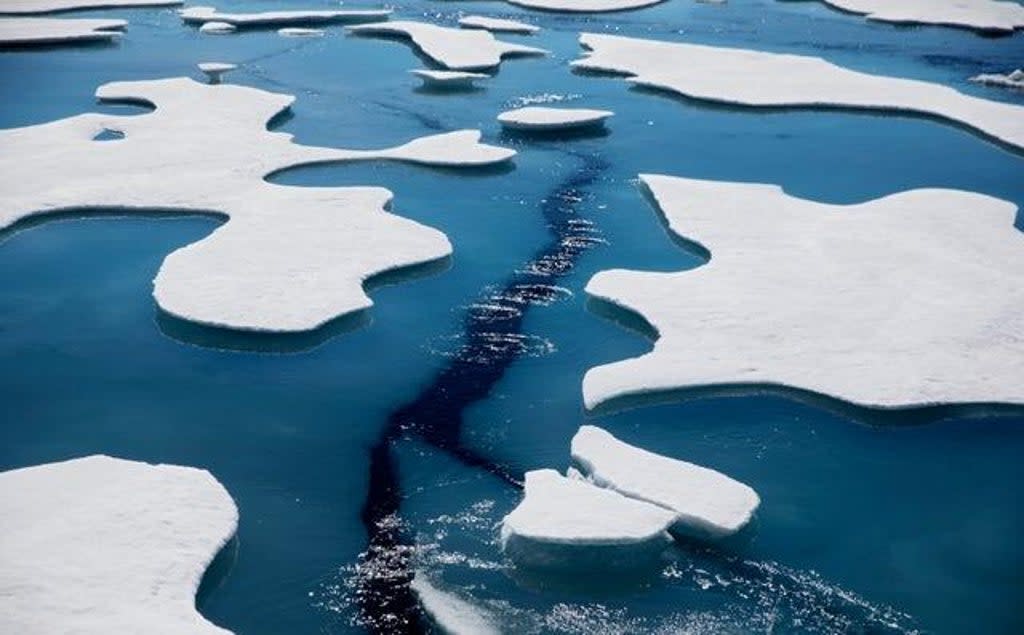 The rapid thaw of arctic permafrost could release radioactive waste from Cold War nuclear submarines, antibiotic-resistant bacteria and new viruses, according to a report.

Between 1955 and 1990, the Soviet Union conducted 130 nuclear weapons tests on the Novaya Zemlya archipelago off the coast of northwest Russia. The tests released around 265 megatons of nuclear power and more than 100 decommissioned nuclear submarines were scuttled in the nearby Kara and Barents seas. The US nuclear-powered Camp Century under-ice research facility in Greenland has also produced “considerable nuclear and diesel waste.”

Dr Arwyn Edwards of the University of Aberystwyth co-authored the report, which appears in Writing in Nature Climate Change, with academics from universities in the United States and NASA’s Jet Propulsion Laboratory in Southern California.

He said: â€œChanges in the climate and ecology of the Arctic will influence every part of the planet as it reintroduces carbon into the atmosphere and raises sea levels. This review identifies how other risks may arise from a warming Arctic.

â€œIt has long been a freezer for a range of harmful things, not just greenhouse gases. We need to better understand the fate of these harmful microbes, pollutants and nuclear material to fully understand the threats they can pose.

â€œThese are new implications besides what we knew would happen if the permafrost continued to melt. It is imperative that demonstrable action be taken at next month’s COP26 summit, as these conclusions should be of concern to everyone.

â€œIn addition to meeting the goals of the Paris Agreement and reducing the increase in global climate temperature to 1.5 degrees Celsius, there must be a firm and immediate commitment to fund research in this area.

“What should worry us is how much we have yet to learn about the Arctic, how important it is to our common future and why it is worth protecting.”

Permafrost, or permanently frozen earth, covers approximately nine million square miles. Most of the arctic permafrost is about a million years old.

In addition to microbes, it has harbored a diverse range of chemical compounds over the millennia, whether through natural processes, accidents, or deliberate storage. However, up to two-thirds of the permafrost near the Arctic surface could be lost by 2100 due to climate change, the report says.

“The climate crisis is a reality”: the African summer of extremes

Against Winds and Tides: The fight to save sea turtles in Ras Baridi

The ‘Quad’ and the next cold war