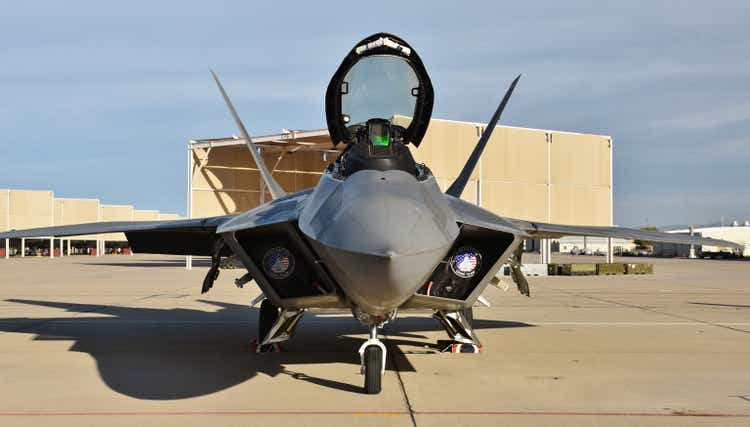 As tensions rise around Taiwan and Ukraine, we think it’s important to ask, “What’s the worst-case scenario?” If China were to invade Taiwan, how would the world react? Sanctions have been imposed on Russia, causing energy prices to skyrocket and create the conditions of a “long and cold winter” in Europe. If the same sanctions were imposed on China, the consequences could be much worse; we do not rule out a global depression. China is the the biggest in the world nation in terms of trade. Companies like Apple (AAPL), Starbucks (SBUX) and Nike (NKE) are heavily exposed in China. Much of what we use every day is made in the country.

Nancy Pelosi traveled to Taiwan, facing a Chinese army saying she “will not sit idly by”. Meanwhile, stubborn politicians rule the world’s greatest countries, armed with nuclear capabilities. Although this seems to be the last priority, we are in the investment business. If one thinks of the type of company that would do well in a world overwhelmed by war and economic hardship, one might think of the aerospace defense companies Lockheed Martin (New York Stock Exchange: LMT) and Raytheon Technologies (NYSE:RTX). In the coming decade, we expect returns of 7% per year.

Lockheed makes its money from contracts, not just with the US military, but with allied nations around the world:

Lockheed Martin makes most of its money selling military equipment such as fighter jets and missile defense systems, but also partners with NASA through its space division. Here is a breakdown of the company’s segments:

Raytheon is also resilient to economic weakness, although it has partial exposure to commercial aircraft and therefore the travel industry. Raytheon’s “Collins Aerospace” and “Pratt & Whitney” segments are exposed to both military and commercial aircraft. Raytheon sells technology to Boeing and Airbus and is one of the world’s largest aircraft engine suppliers. On the other hand, customers in the “Intelligence & Space” and “Missiles & Defense” segments are mainly government agencies. Here is a breakdown of the company’s segments:

All things considered, the world has been a pretty peaceful place since the end of World War II. Such a century without conflict seems to be an anomaly in world history.

Defense contracts have become quite stable, with slow and steady revenue growth expected. But, if the conflict becomes widespread, there could be a worldwide shortage of military aircraft and missile defense, which would increase revenues and margins for Raytheon and Lockheed.

The invasion of Ukraine was a wake-up call to the world. After the invasion, NATO and greater Europe decided to increase defense spending by $50 billion to $75 billion. Countries like Canada and Japan also plan to spend more. It is possible that this is only the beginning. These countries realize that they cannot rely solely on the United States to protect themselves from invasion. All of this could boost international sales for Lockheed Martin and Raytheon Technologies.

Lockheed has become more expensive over time on a price-to-sales ratio, while Raytheon hovers around its historical average:

At the same time, Lockheed’s gross margins increased, while Raytheon’s fell below historic levels as the pandemic hit its business operations:

Overall, we think LMT and RTX are quite expensive. These stocks trade in a booming US market and were much better buys in 2010. Earnings will need to grow at a faster rate to justify current valuations.

Lockheed Martin is the sports industry leader in return on capital and therefore has a higher price-to-book ratio, but a lower forward PE than its peers:

The expert consensus is that these companies will grow at tremendous rates through 2024:

We believe that growth will slow following this increase. Redemptions are also expected to slow as there is not enough cash to sustain the current pace. On the industry side, US defense spending is projected to increase by just 3% per year through 2032. International spending in this category may grow faster, but the US will need to maintain its alliances to that Lockheed Martin and Raytheon benefit from it. . These companies have increased their revenues by 5.5% per year since 1995:

Our 2032 price targets for Lockheed Martin and Raytheon Technologies are $655 per share and $142 per share, respectively, implying returns of 7% per year with dividends reinvested.

Using Lockheed Martin and Raytheon Technologies to guard against global war isn’t a terrible strategy, but it should yield pretty mediocre returns. The best time to buy a hedge is when nobody wants it. Looking back, 2020 was the perfect time to hedge against rising oil prices. As the famous investor Carl Icahn once said:

“You have to buy them when nobody wants them, really. I mean that’s the real secret. It sounds very simple, but it’s very hard to do. When everyone hates it, you buy it . And when everyone wants it, you sell it to them.”

We believe geopolitical fears have reduced long-term returns for Lockheed Martin and Raytheon Technologies. That said, they still provide decent protection against major conflicts. We have a “hold” rating on the shares.

Brooklyn Beckham’s mother is said to be at a cold war with his wife Nicola Peltz, the troubles would have started even before the wedding