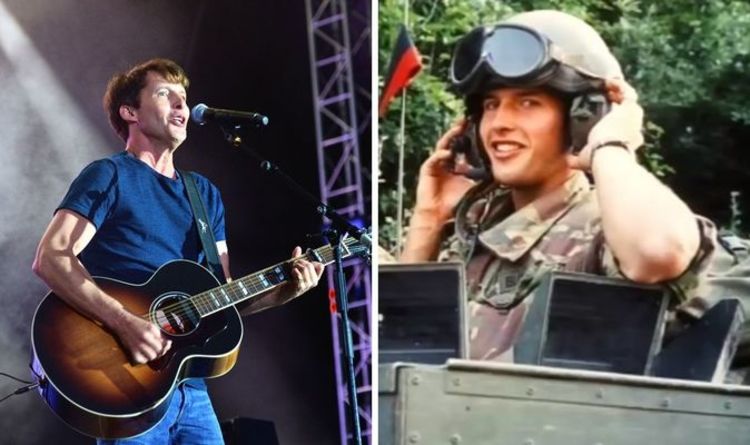 James is the guest of Sunday Brunch at 9:30 am on Channel 4. The program, hosted by Tim Lovejoy and Simon Rimmer, is a light Sunday chat show with guests, food and music. James will be part of a star team that includes Matt Goss, Rachel Riley, Guy Garvey, Jools Holland and Dougray Scott.

The singer is promoting his hit album ‘The Stars Beneath My Feet’, which was released on Friday.

The album also features four new songs, as well as four exclusive live performances from around the world, including at the Glastonbury Festival.

Before James achieved international success with the release of his debut album “Back to Bedlam” in 2004, he was a Reconnaissance Officer in the Life Guards Regiment of the British Army.

He served under NATO during the Kosovo War in 1999.

In an interview in 2010, the singer revealed that he had already been ordered to take over an airfield in Kosovo, but that the Russians got there first.

He told BBC Radio 5 Live: â€œI was given direct command to subdue the 200 or so Russians who were there.

â€œI was the lead officer with my troop of men behind us.

James, who led a column of 30,000 NATO troops with his unit, told John Pienaar it was a “crazy situation”.

He added: â€œWe had 200 Russians lined up pointing their guns at us aggressively, which wasâ€¦ and you know we were told to reach the airfield and grab it.

â€œAnd if we had a foothold there, it would make life a lot easier for the NATO forces in Pristina. There was therefore a political reason to seize it.

â€œAnd the practical consequences of this political decision would be aggression against the Russians. “

When asked if following the order would have risked WWIII, James replied, â€œAbsolutely. And that’s why we questioned our training with an American general.

“Fortunately, on the radio, General Mike Jackson, whose exact words at the time were: ‘I will not put my soldiers in charge of the outbreak of World War III’ and told us why not stop on the road, you know, circle the airfield instead.

â€œAnd after a few days the Russians over there said, ‘Wait, we have no food and no water. Can we share the airfield with you?’

James said if General Jackson had not blocked the order, he would still have refused to follow it even at the risk of being court martialed.

He left the military three years later to pursue a career in music and went on to achieve worldwide success with “You’re Beautiful”.