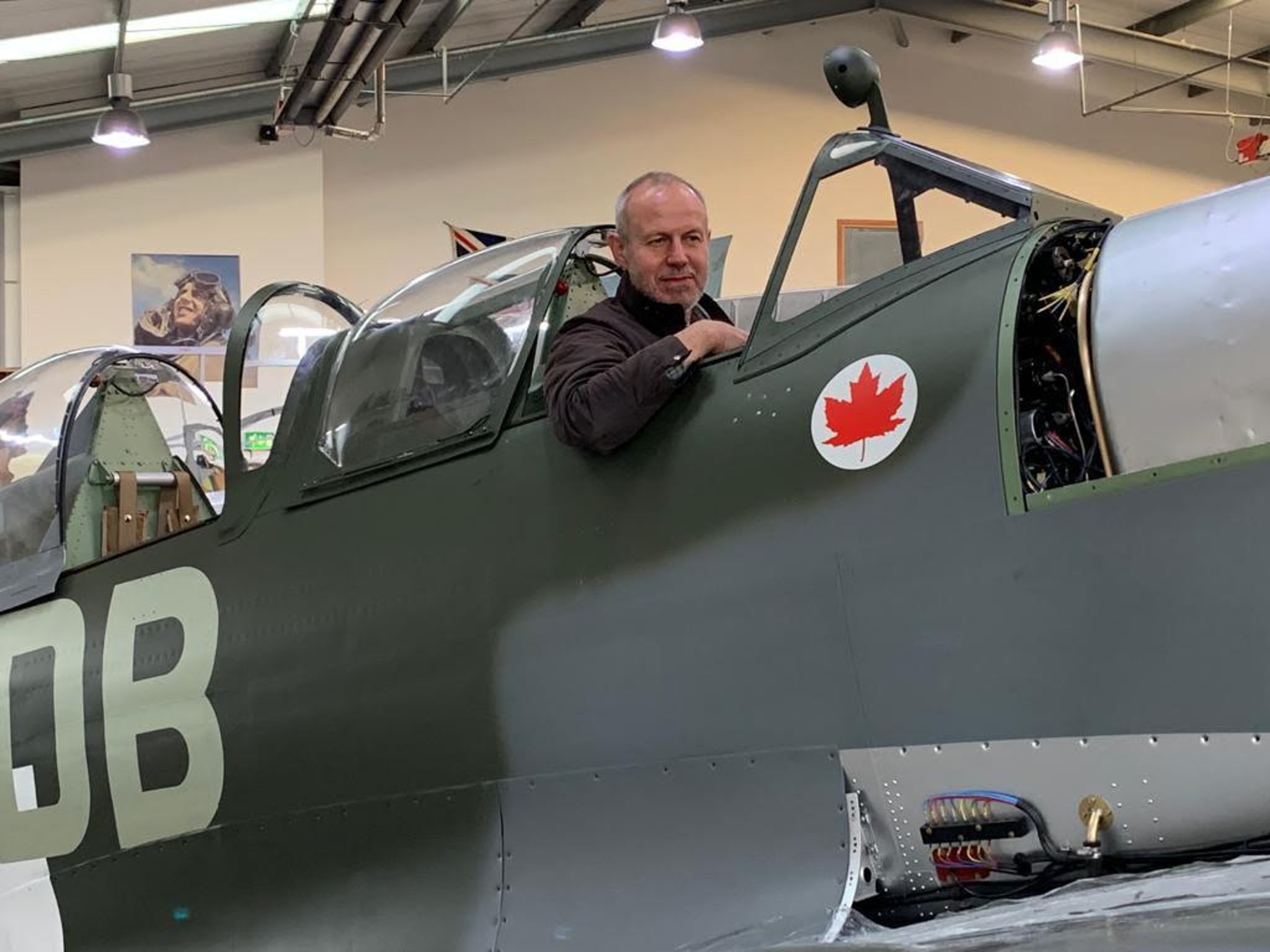 Graham Oliver is a highly acclaimed orthopedic vet who runs practices East Midlands Referrals and Buckley House in Hucknall – and has now taken to the skies in the historic plane.

Graham earned his private pilot’s license three years ago and is looking forward to flying his Spitfire, which took part in D-Day, on a regular basis.

He has just accompanied a military test pilot, Dan Griffith, on a flight in the plane after it was lovingly restored by a team from RAF Biggin Hill in London.

Graham said: “It was obviously very interesting to have the experience of flying in an aircraft with such a historic pedigree, even though it was freezing cold!

MP for Hucknall, Mark Spencer, delighted to become the new leader of the House of Commons…

“I can’t find enough words to praise the incredible craftsmanship and loving attention to detail of the lads at Biggin Hill who restored the Spitfire.”

Graham and his partner, Heidi, call the magnificent Carnfield Hall in Derbyshire home and over the past three years have made major improvements to the house, which may date back to the time of Edward III.

But Graham is well used to such daunting challenges, having built the Buckley House surgery in Hucknall’s West Street as a virtually one-handed project, even doing his own brickwork.

The Spitfire is still at Biggin Hill but Graham hopes it will eventually be brought to Gamston, where it will be kept permanently.