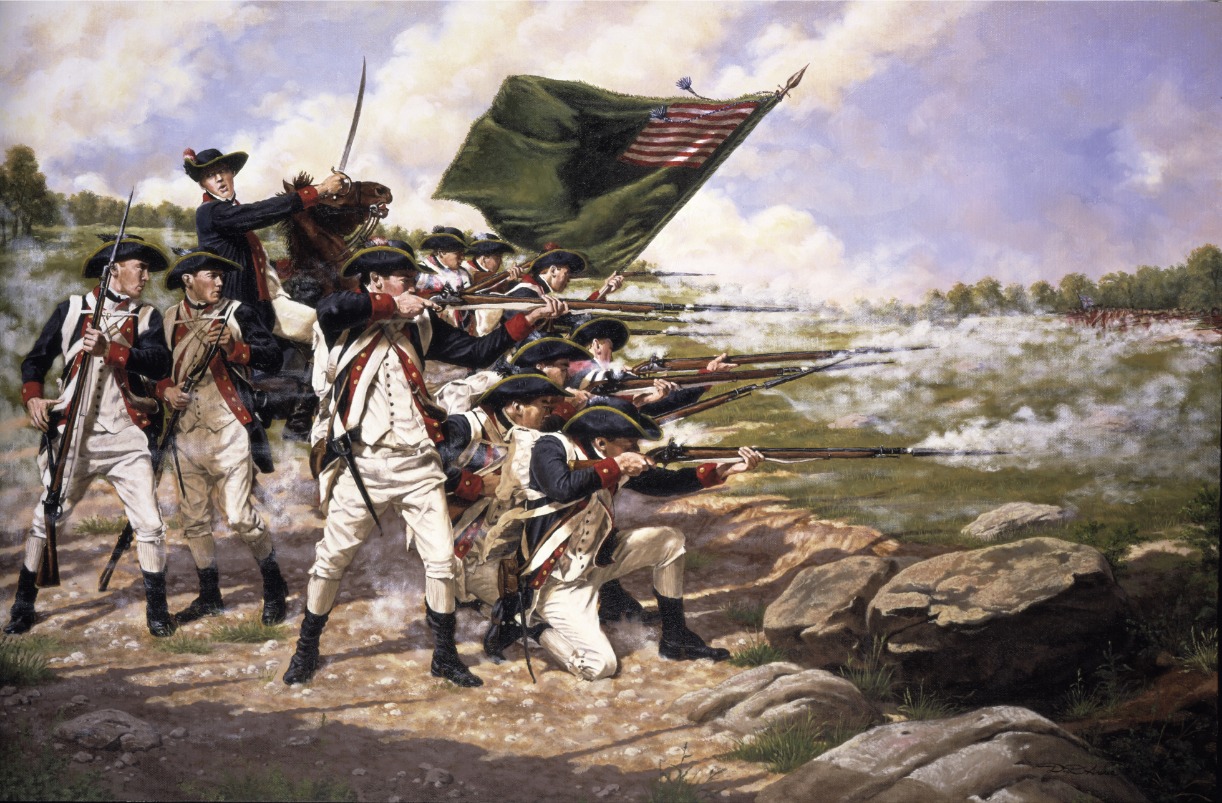 How religion started the American War of Independence

In Matthew 24, Jesus says that in the last days there will be “wars and rumors of wars”. As Americans increasingly trade the old virtues of patriotism for the vices of revisionism and iconoclasm, one is tempted to alter the words of the gospel. We hear rumors In regards to wars and other defining moments in our nation’s history.

Since the dawn of progressive historiography, many rumors have circulated about the American Revolution. Charles Beard, for example, argued that the Revolution was motivated to secure economic privileges. Now debunked, the argument turned to exploit racial disparities: the American Revolution was allegedly fought for secure slavery. Even the venerable Second Amendment, due to a tradition stretching from the ancient world to Anglo-American constitutionalism, has now been slandered as a shibboleth of slave owners.

Likewise, we have been told that the Orthodox religion could have made little difference in 1776. Everyone knows that the 18th century was an Age of Enlightenment – the age of reason, as Thomas Paine called it. In addition, a growing number of American evangelicals and evangelical scholars tell us that the Bible does not speak of politics at all, but only of grace, peace, and heavenly things. Only a cynical thug, from time to time, would use the Bible to affect political ends.

Such a thesis can only be accepted, of course, if one ignores the first historical accounts of the Revolution itself. Patriotic historian David Ramsay and loyalist historian Joseph Galloway, two of the earliest revolutionary historians, agreed that religious complaints were an important catalyst for war. Moreover, the revolutionaries themselves credited the Reformation with empowering ideas of freedom. The Protestantism that John Adams attributed to reflection was not a new hybrid of skepticism and piety, but the Old Time Religion of the first century of Protestantism: controversial tracts in England and France, written by a bishop, defending the freedom against royal absolutism. But while the guns of war have cooled, the pens (or rather the keyboards) have not. Researchers continue to debate the role of religion in the war for independence.

Enter Gary Steward Justifying the Revolution: The American Clergy’s Argument for Political Resistance 1750-1776, an essential contribution to the debate. Steward’s book on the role of the clergy in the cause of the Patriots is not only the most useful insight to date, it demonstrates that their ideas are rooted not in a skeptical iconoclasm or cynical calculation, but in a sincere desire to advance the political theology of their predecessors. . In addition, Steward presents the ideas of the clergy without tedious summaries, theological minutiae, or trendy academic methodology.

Steward begins by briefly examining the historiography of war, focusing on its ideological origins. In 1967, Bernard Bailyn presented the origins of the war as both radical and libertarian. Ten years later, Mark Noll, followed by Nathan Hatch and George Marsden, advanced the argument in evangelical circles. Following Bailyn’s example, their suggestion that ministers were followers of a radical ideology rather than practical piety or sincere scripture reading would become important as the culture war battles intensified for whether or not America was a “Christian nation.”

The Steward then turns to Reverend Jonathan Mayhew. Mayhew’s sermon / pamphlet “A Discourse Concerning Unlimited Submission” is arguably the most famous sermon of the Revolution, even though it was preached twenty-five years before the first shot, and Mayhew would not live for it. to see his “political catechism” (as John Adams called it) deployed with grape-shot and bayonets. Bailyn was correct in regarding Mayhew’s ideas as relevant to the Revolution, but Steward demonstrates that Noll et. Al. Was wrong to present it as a radical break with previous Christian ideas about government. Here and elsewhere, Steward demonstrates that orthodoxy or theological heterodoxy (Mayhew was heterodox) was not a determinant of conservatism or political radicalism. Moreover, he relates that not only did Mayhew draw on a long hermeneutical tradition interpreting Romans 13: 1-7 as commander conditional obedience, but also responded to the controversies in Britain of the Glorious Revolution of 1689 and the Hanoverian succession of 1714 over what has been called “passive obedience and non-resistance” – an idea so repugnant to Americans that condemnation still exists in some state constitutions.

Steward then turns to the Patriots’ most important catalyst, the 1765 Stamp Act. American settlers had a longer memory than ours. Their protest leaflets and sermons dated not only to the Glorious Revolution, but also to what was arguably the first “American Revolution” that same year: the arrest of English Governor Edmund Andros in 1689. These revolutions could not have been influenced by such called Lockean radicalism or the English Commonwealth men (John Trenchard and Thomas Gordon) of the 1720s – another supposed influence on the clerics of the Revolution. Rather, the settlers and their ministers were informed by both earlier Anglo-American constitutionalism and Protestant protests against spiritual and political tyranny.

Steward’s attention to the “Bishop Controversy” further demonstrates how taxation issues, important as they are, overshadowed religious controversies in revisionist representations of war. Not only did efforts to establish an Anglican bishop in America revive long-standing rivalries in congregationalist New England (a hotbed of revolutionary rhetoric), but these efforts threatened to make Anglican notions of “obedience” more influential. passive and non-resistance ”. Although some Anglican ministers in Britain supported the revolution, Episcopal Anglicanism has become synonymous with tyranny for too many Americans. Moreover, to the extent that Anglican ecclesiastical courts had power over family property (Islamic courts today attempt to assert similar powers in Anglo and Continental nations of Europe), the religious question has become a question. of legal jurisdiction. The stamp duty was even feared by some as a means of financing these courts. The revolution thus became a means for dissident denominations to obtain a decisive victory against religious intolerance.

Steward’s work should remind historians and political scientists of the learned adage “They could fill a book with what you don’t know.” Quite simply, what too many Revolutionary or contemporary scholars generally don’t know is how 18th-century American Protestants thought. Informed by a rich intellectual tradition dating back two centuries, linked by a theological and humanistic continuity to medieval and classical worlds, colonial Americans – especially the clergy and educated theologians – did not think in dichotomous terms. They were neither “fundamentalists” nor “biblical” who favored revelation to the exclusion of reason. Neither did they create distinctly separate categories of the profane and the sacred. Therefore, jurisprudential or philosophical ideas about just war (especially self-defense) or de facto (if not de jure) abdication of legal authority could be articulated in pulpit or pamphlet as easily as the command of Acts 5:29 to “obey God rather than men.” To take a famous example, Steward demonstrates that John Witherspoon did not become Thomas Paine by defending the Revolution. Through a timeline of Witherspoon’s work, Steward demonstrates that he did not become (as some have claimed) “philosophically schizophrenic.” Witherspoon kept a tradition, did not abandon it.

Although Steward is another step forward in a lengthy study begun by Alice Baldwin in 1928, it is not without omissions. Much remains to be done with the relevant cultural, social, international, faith-based or military context. Steward focuses on the patriotic clergy, not the loyalists, and does not claim to take into account Protestant arguments against the revolution or the declaration of independence. One could also protest against the picking of artillery or election sermons, for example, but this is more of a missed opportunity than a calculated omission. Although Steward cautiously avoids doing too much of the Great Awakening, he should do more of the French and Indian War. Like other studies of early America, it focuses too much on New England. This is, however, inevitable, not only because of his prodigious publication of sermons but also because of his role in Whig historiography: William Van Engen’s City on a hill maps the pitfalls for anyone studying America’s early days. Another understandable flaw is sometimes losing track of one’s main thesis, a flaw made more forgivable by the overwhelming task of summing up so many sermons and circumstances. For what it intends to be, Steward’s book is remarkably effective and readable.

Mark Levine: Before the American War of Independence, I was freer than today

The Greatest Auction of American Revolutionary War Medals — the Adams…