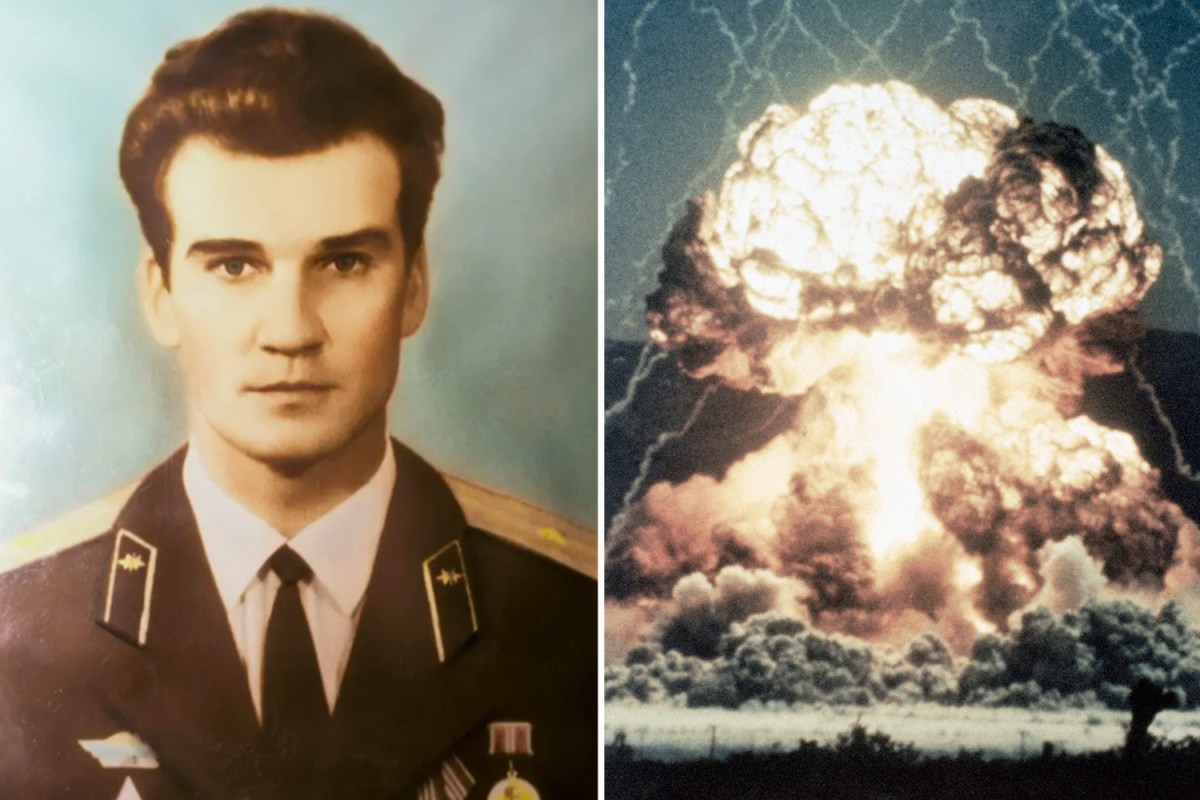 It’s the story of a brave Soviet soldier who decided not to tell his superiors when a nuclear missile warning sounded – single-handedly stopping nuclear Armageddon and avoiding World War III.

Lt. Col. Stanislav Petrov kept his courageous decision a secret for eight years before it came to light in 1991 when the Soviet Union collapsed at the end of the Cold War.

Exactly 38 years ago yesterday, Petrov was a duty officer at a secret command center south of Moscow when a frightening alarm went off.

Petrov was faced with an impossible choice, to signal the alarm to his superiors and potentially start a war – and rely on it being a false alarm.

Heroically and following his instincts, he decided to ignore the signal and hope it was a mistake.

He later said: “I categorically refused to be guilty of starting World War III.”

â€œI felt like I was being driven to an execution,â€ he said of those dramatic moments.

The then 44-year-old lieutenant-colonel reported a malfunction in the system and a subsequent investigation proved he was right.

He has since been nicknamed “the man who saved the world”.

Petrov did not return home until a few days later, but has not told his wife or family about his extraordinary working day.

“He came home dead but didn’t tell us anything,” said his son Dmitry.

Later that year, Petrov received an award “for service to the motherland”, but the incident at the control center was kept secret for many years.

He was always surprised that people made him a hero. He just did his job well

In 1984 he left the army and settled in the town of Fryazino about 20 kilometers from Moscow.

Petrov’s story only came to light after the fall of the Soviet Union in 1991, and over the years he has been the subject of numerous media reports in Russia and abroad.

A self-effacing man, Petrov never considered himself a hero, according to his son.

He said: “My father didn’t care. He was always surprised people made him a hero. He just did his job well.”

Petrov’s son said his father had received hundreds of letters from people thanking him for avoiding the outbreak of nuclear war.

“The Man Who Saved the World”, a documentary film directed by Danish filmmaker Peter Anthony and narrated by American actor Kevin Costner, was released in 2014.

Images of old Petrov are combined with reconstructions of what happened in this secret control center in 1983.

The former soldier, who received several international awards and was honored at the United Nations, lived in a small town outside of Moscow and died in relative obscurity in 2017 at the age of 77.

Her death did not make headlines until months later when a German friend wrote a blog post in her tribute.

At a ceremony in his honor in 2018 at the Museum of Mathematics in New York, former UN Secretary-General Ban Ki-Moon paid tribute to Petrov.

He said: â€œIt is difficult to imagine anything more devastating for humanity than an all-out nuclear war between Russia and the United States.

â€œYet it could have happened by accident on September 26, 1983, without the wise decisions of Stanislav Yevgrafovich Petrov.

“For this he deserves the deep gratitude of humanity. Let us resolve to work together to achieve a world free from fear of nuclear weapons.”