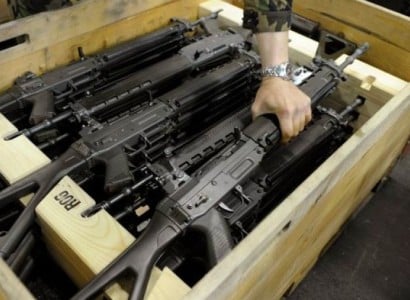 After years of production cuts, the world’s arms manufacturers are preparing for a new Cold War inspired by the struggle in Ukraine, The Telegraph reported.

The UK defense sector is no exception: industry leader BAE Systems expects a flood of new orders from countries on the verge of resuming industrial warfare.

The company is in talks with its customers on how to set up the missile and ammunition business as the industry digests the new model of warfare being waged in Ukraine.

Managing Director Charles Woodburn says demand from the UK Ministry of Defense (MoD) as well as other customers will eventually require us to increase capacity across the entire ammunition portfolio.

BAE, Britain’s largest defense company, is in a relatively good position as the projectile and missile production lines it supplies to the MoD are already operational, meaning it doesn’t have to dust off old designs and looking for forgotten parts.

Over the past five months, Ukraine has fired thousands of artillery shells a day, ranging from howitzers to longer-range weapons such as the M270 multiple rocket launcher.

Western countries have supplied huge quantities of these weapons, either donating them or selling them. Earlier this week, Germany approved the sale of 100 tank howitzers to Ukraine worth 1.7 billion euros.

Since last week, the UK has sent 6,900 NLAWs, Javelins, Brimstones and other anti-tank weapons, 16,000 artillery shells, hundreds of rockets and six Stormers equipped with Starstreak anti-aircraft missile launchers to Ukraine.

In the first half of the year, BAE bookings increased by £18bn, up 70%, as underlying profit before interest and tax rose 8.2% to £1.11bn. It increased its interim dividend by 5%.

Much of this increase in orders comes from existing programs such as the Dreadnought nuclear-powered ballistic submarine and Spain’s recent order for additional Typhoon fighter jets, which the company is building in partnership with Germany, the US. Spain and Italy. However, it looks like the push will continue as countries seek to increase supplies.