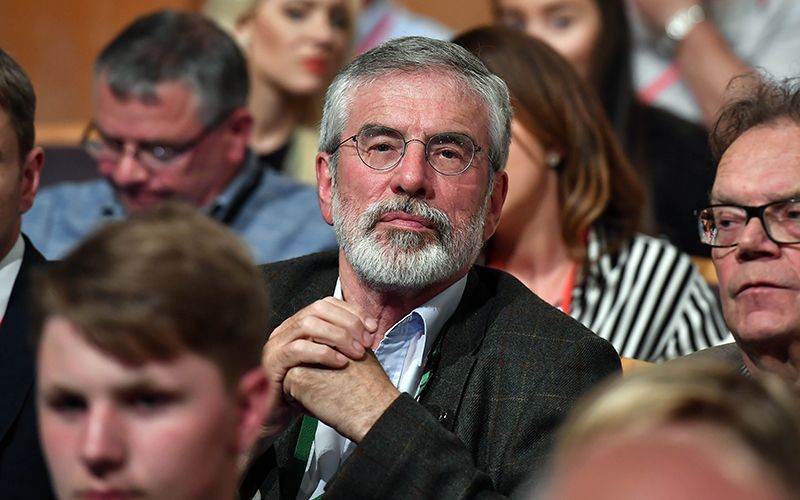 Gerry Adams praised the Irish Republican Army (IRA) on Thursday saying it was right to fight while speaking at the grave of former IRA chief Kevin McKenna, who led IRA for ten years, from the mid-1980s to the mid-1990s.

McKenna was in charge of the IRA when they struck a permanent ceasefire.

â€œThe Republican people of the north have never gone to war,â€ Adams said. â€œThe war has come to us.

â€œI am aware of those who have been hurt, and there have been injuries on all sides and healing and reconciliation is needed, but the war is over.

“The future is being written now, and as we help write that future, we will not let the past be written in a way that demonizes patriots like Kevin McKenna more than we would for generations before them.” .

“I think the IRA was right, not in everything it did, but it was right to fight in the face of armed aggression from British rule.”

â€œThis August marks 25 years since the IRA’s first cessation, was an initiative created by Republicans that opened up the potential for the peace process.

Kevin McKenna was buried, following a funeral mass at St. Mary’s Church, Magherarney, near Smithborough, County Monaghan. Native of Dungannon, County Tyrone. He had lived in Monaghan since the 1970s.

McKenna led Muammar Gadhafy’s illegal arms import from Libya in the 1980s. He also led the IRA until the first ceasefire in 1994. He was then replaced.

What makes these films the best British war films? They are true

DIANE PHILLIPS: How a British war hero and young woman from the Bahamas proved love can really conquer anything