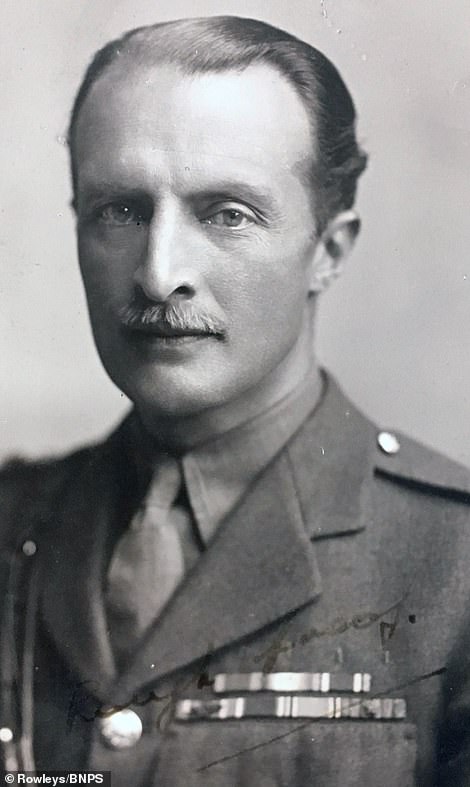 Incredible photographs depicting the outstanding service of a British Army hero for King and Country are going to be auctioned.

Lieutenant-General Sir Frederick ‘Boy’ Browning was a decorated officer who served alongside Sir Winston Churchill in World War I and established the British Airborne Corps in WWII.

In the meantime, he represented his country as a bobsleigh at the 1928 Winter Olympics and stood guard in front of King George V’s coffin when the monarch was rehabilitated in 1936.

In 1944 he played a leading role in planning Operation Market Garden, the Allied offer to end the Six Month War by seizing a series of Rhine bridges and en Germany.

Lieutenant-General Browning coined the phrase “a bridge too far” when he expressed concern that the operation was too daring. He was played by Dirk Bogarde in the 1977 war epic named after his phrase.

Although he took much of the blame for the heroic failure of the operation, he was still held in such high regard for taking the Japanese surrender in Burma a year later.

In the 1950s he was Controller of the Financial Affairs of Princesses Elizabeth and Margaret.

He and his wife, author Daphne du Maurier, became close friends of the Queen and Prince Philip, spending holidays with them in Balmoral and Cornwall.

But over the past few years, it has been said that he has had a series of extramarital affairs and has taken to drinking. He died of a heart attack in 1965 at the age of 68.

His godson, Kristen Baker-Munton, has now put up for sale dozens of photographs documenting Lt. Gen. Browning’s career that the officer had kept. 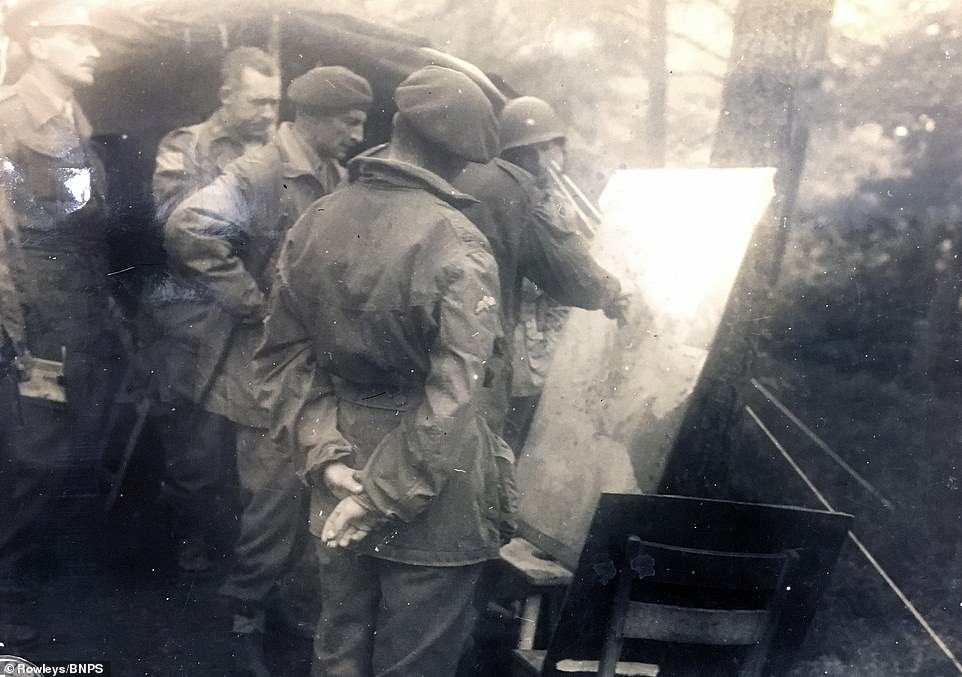 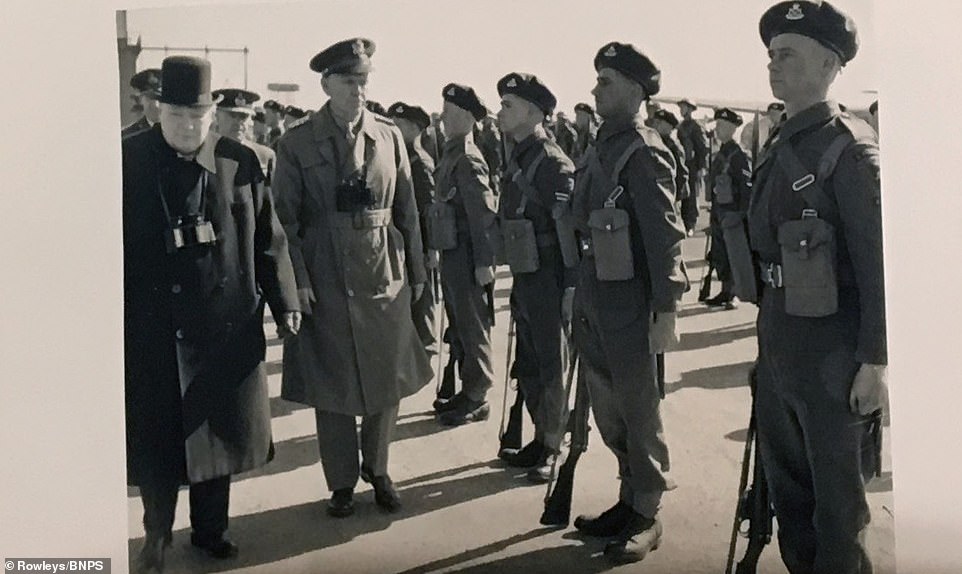 war – is an image of Churchill speaking to soldiers at attention. It is believed to date from the second world war” class=”blkBorder img-share” style=”max-width:100%” />

Among the collection of photographs held by the officer – who played a leading role in planning Operation Market Garden, the Allied attempt to end the war – is an image of Churchill speaking to soldiers at attention. It is believed to date from the second world war

One of them is that of the field officer in Arnhem studying a map of the area during the nine days that the encircled British paratroopers resisted the Germans.

There is also an aerial surveillance photo of his headquarters near Nijmegan taken on the first day of the operation.

The black and white snapshot shows 29 Horsa gliders and has been annotated by Lt. Gen. Browning with place names and directions.

There is a photo of him taking the official surrender of a Japanese general in the throne room of Government House in Rangoon, Burma on August 28, 1945. 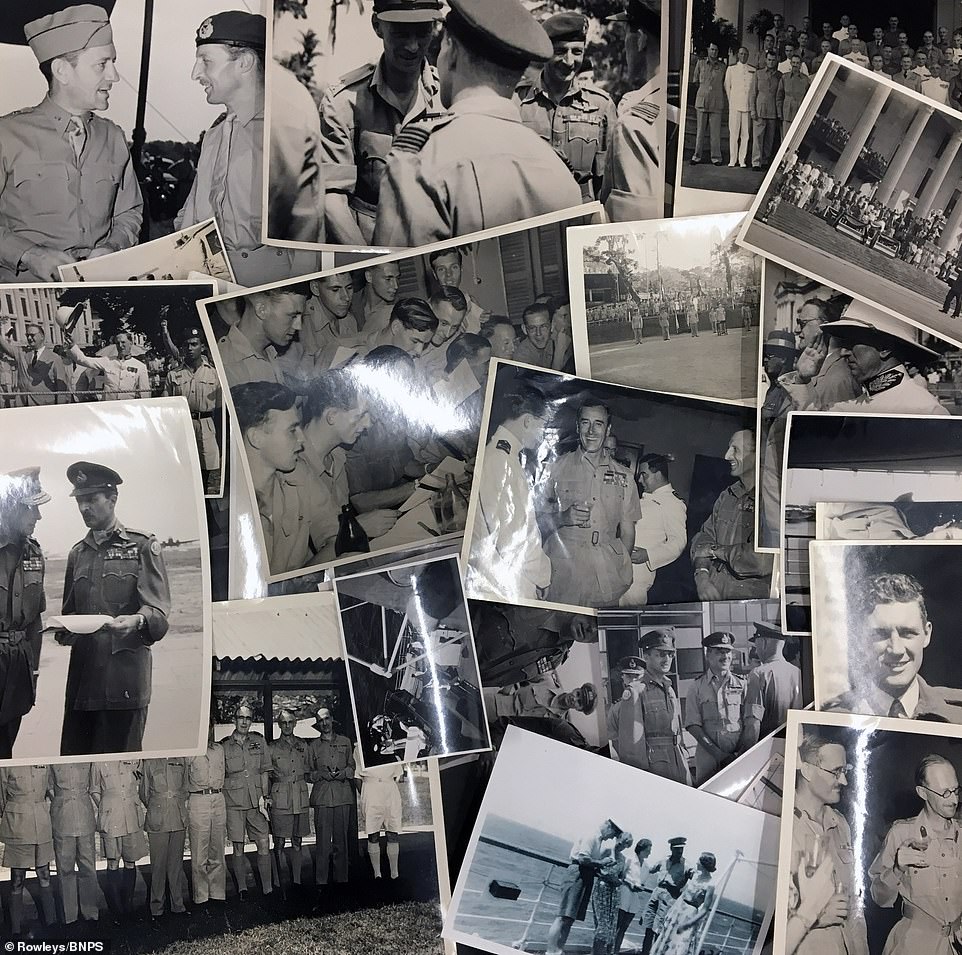 A montage of photographs of Frederick ‘Boy’ Brownings’ service with the Southeast Asian Command – created in August 1943 for the overall strategic command of all air, sea and land operations on the continent 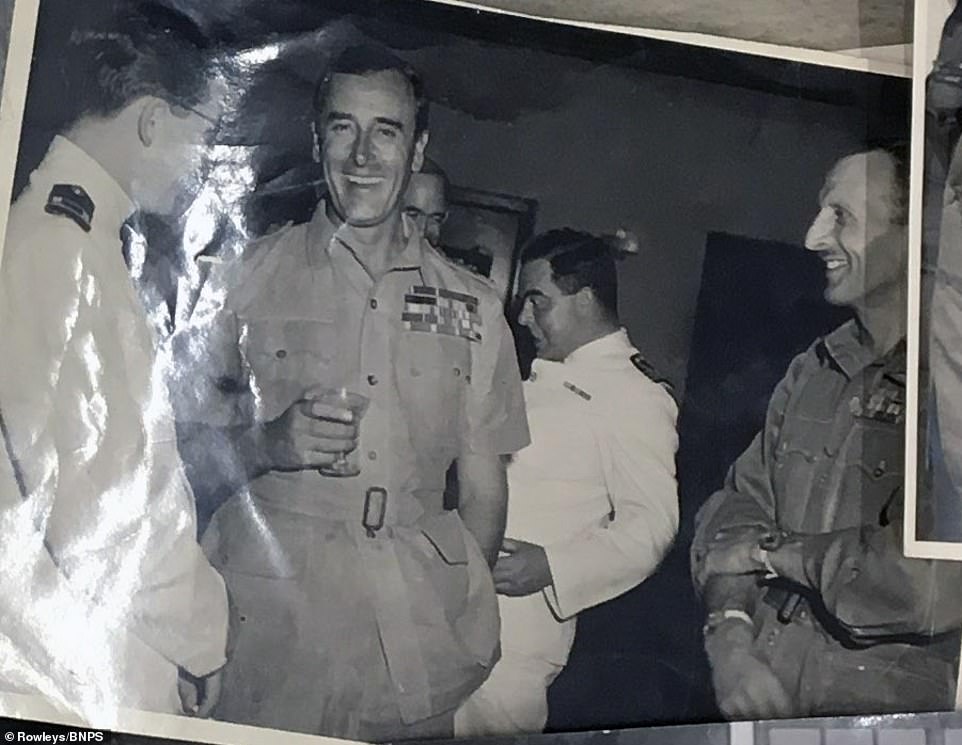 But one of the most notable images on sale is a painted sketch of Lieutenant General Browning standing guard over George V’s body at Westminster Hall on January 28, 1936.

It is accompanied by a letter of thanks from King Edward VIII for the role of the Grenadier Guard at the time in the vigil over his father. 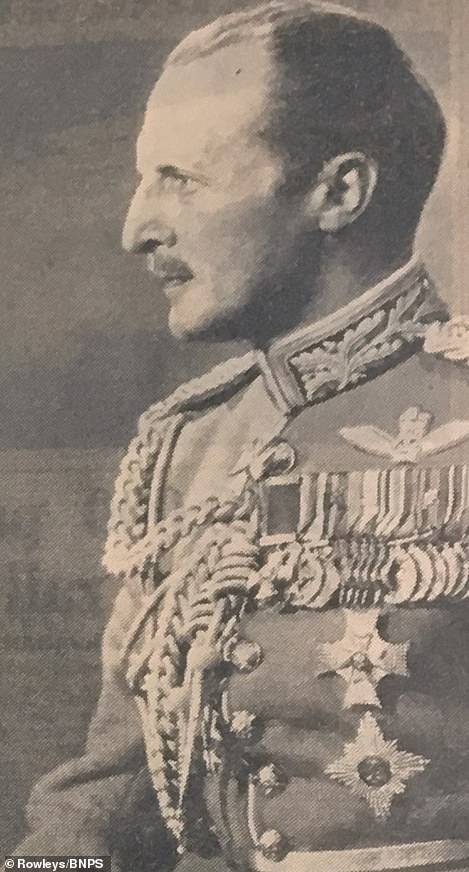 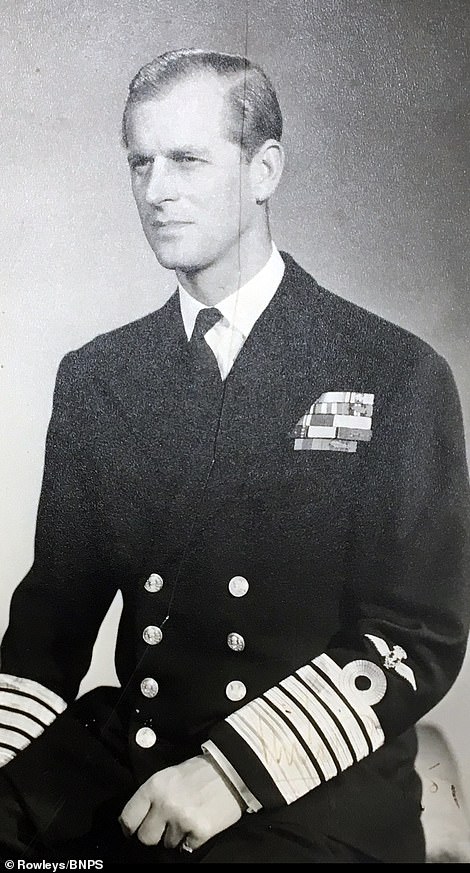 In the 1950s, Browning (left) was Controller of the Financial Affairs of Princesses Elizabeth and Margaret. He and his wife, author Daphne du Maurier, have become close friends of the Queen and Prince Philip (right), spending holidays with them in Balmoral and Cornwall. 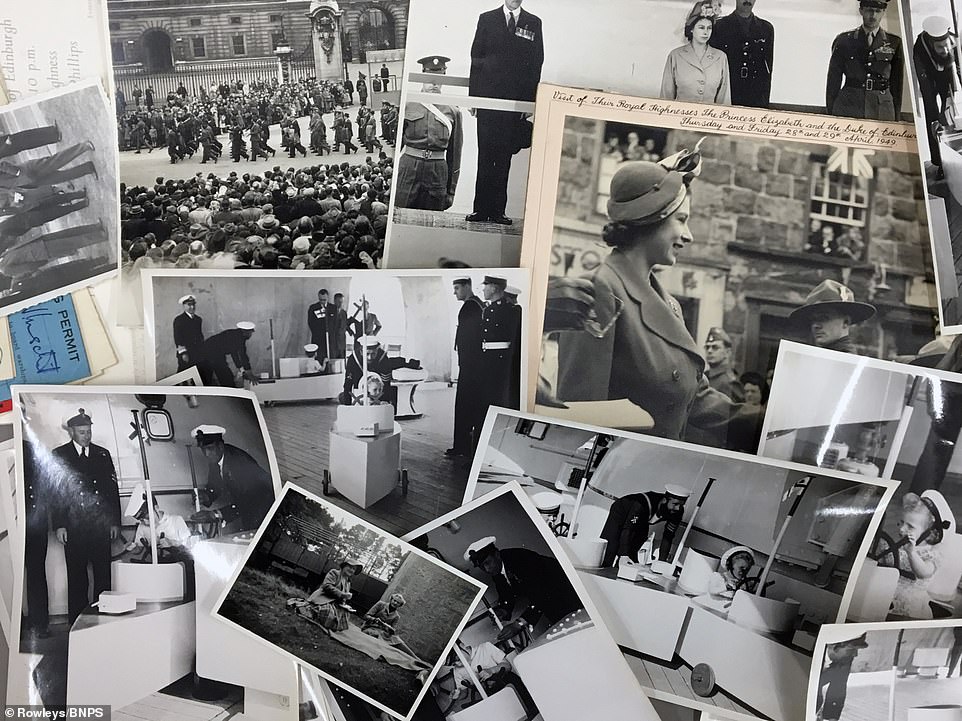 A montage of some of the photographs of the Royal Family included in the collection sold by Browning’s godson, Kristen Baker-Munton

The photos were acquired by Mr Baker-Munton’s late mother, Maureen, who was the personal assistant to Lt. Gen. Browning and Daphne du Maurier.

It is believed that she received them during a dump of her property at her marital home, Kilmarth, near St Austell, Cornwall, after her death.

They were passed on to Mr. Baker-Munton, 62, who is now selling them. He said: â€œI was very young when he died, but part of my childhood was spent visiting Boy and Daphne in Cornwall for summer vacation.

â€œHe’s always been flawlessly shot with a ram rod position. It is not surprising that his first duty was for his king and his country.

â€œMy mother has acquired a lot of photographs and documents of them over the years. 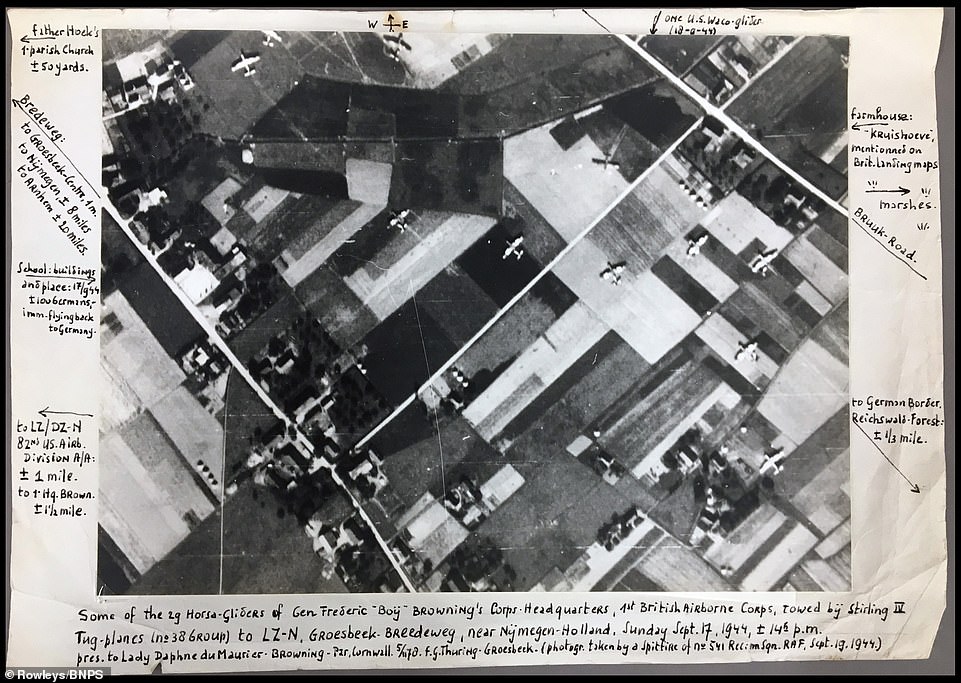 Annotated photo of Frederick ‘Boy’ Browning from his headquarters near Nijmegan, the Netherlands, for Operation Market Garden in Arnhem, the Allied offer to end the Six Month War by seizing a series of bridges over the Rhine and Germany 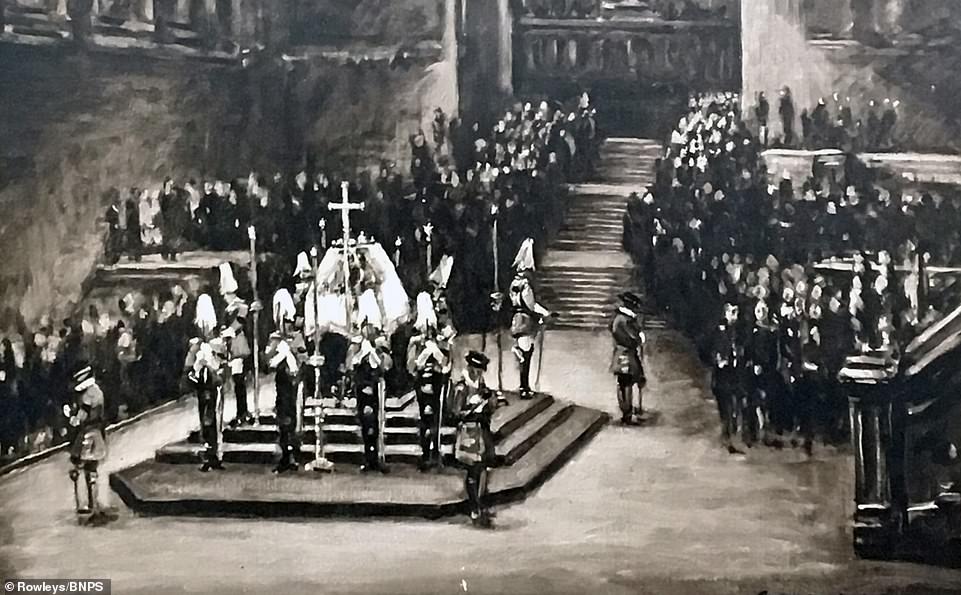 Sketch of George V’s coffin in condition at Westminster Hall, where Browning stood guard over the body of the moarch during the laying in condition in 1936 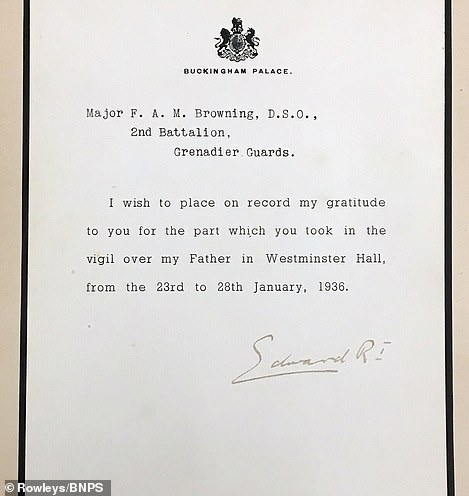 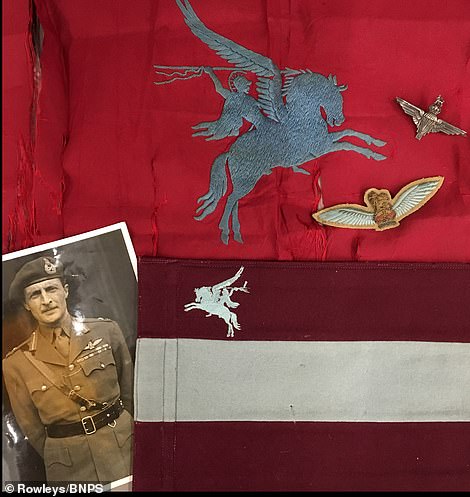 Letter from Edward VIII to Frederick ‘Boy’ Browning thanking him for his participation in the vigil over King George V (left) and a staff pennant of the 1st Airborne Division, two badges of the Parachute Regiment and a Lieutenant General Browning’s imprint (right)

â€œI don’t really have the means to pass them on to my children. What would they do with it?

“It’s a bit of a burden, just sitting there in a box when it’s people who really care about Boy Browning memories there.”

Roddy Lloyd, Rowleys of Ely Auctioneers, Cambs, said: â€œTalk about service to your country. These photographs span Boy Browning’s entire career, not only in the military but also for the royal family and as an Olympian.