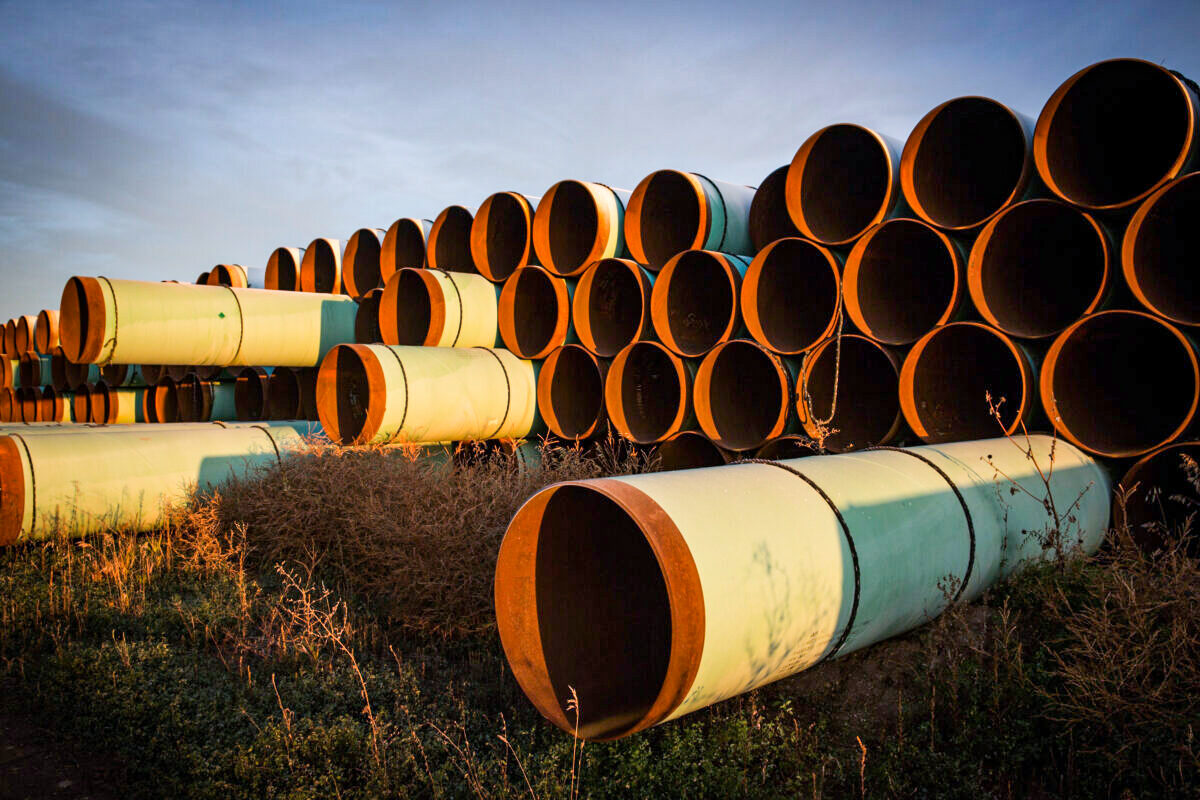 It may prove to be the mother of all unintended consequences, eclipsing death by virtually any friendly fire or even an errant nuclear missile hitting the wrong town.

When the newly elected (or selected, if you prefer) president terminated the Keystone XL pipeline on his first day in office, bringing economic catastrophe to the United States and the world while exacerbating the enormous global suffering wrought by a Mishandled COVID -19 pandemic (real or imagined), it also opened the door for a certain Vladimir Putin.

US President Joe Biden presented the Russian President with the means – or should we say “with what oil” – including the huge sums of money from it, to invade Ukraine and who knows who else.

The United States, Putin concluded, would no longer supply the world with fossil fuels, so who, speaking of mothers, was left to take over the increasingly expensive liquid gold, if not Mother Russia?

Sure, Iran and Venezuela were just as ready, willing and able, but nowhere did they have the firepower (i.e. the largest stockpile of nuclear bombs in the world) that Putin, embattled and possibly paranoid, possesses.

So where are we now, other than the fact that Europe will soon be in the grip of a winter that may not be nuclear but will certainly be freezing, possibly deadly? In our case, it will only cost us a small fortune to heat our homes.

Two-thirds of September, we learned, via Putin’s defense minister, that Russia’s perpetual president had ordered a “partial” mobilization of up to 300,000 reservists.

Moreover, Putin himself has just reminded us of his modern, updated nuclear arsenal and assured us that he is “not bluffing” about its use.

I could be a wise guy and say “only your hairdresser knows that”, but even he or she doesn’t. Maybe even Putin himself doesn’t know…until he does.

How does the “community of nations” react? Well, practically simultaneously with the two Russian proclamations, NATO Secretary General Jens Stoltenberg announced that his organization was increasing the production of arms and ammunition.

Whether to give such equipment to Ukraine or to arm NATO forces for action is unclear at this stage, but for how long?

To say that we are on the precipice of World War III is indeed scary talk, perhaps too scary. But I’m not sure that’s wrong.

Is the United States prepared for such a war?

Not well, if Afghanistan is any indication. Our military, under Biden’s leadership, certainly missed this one, leaving billions of dollars worth of weapons and one of the largest airbases in the world in enemy hands.

Even more dangerous right now, Biden, desperate to lower stratospheric gas pump prices ahead of the November election, has literally emptied our strategic oil reserve, which is currently at its lowest level in 40 years and is heads down, according to Forbes.

How is it with the president’s out-of-the-box promise in “60 Minutes” to defend Taiwan with US troops?

It is not, of course, not even a little.

And you wonder why the stock market is crashing. Sure, the Federal Reserve is one of them, but investors would all have to be deaf, dumb, and blind not to notice what’s going on beyond interest rates.

If the world were to survive such a conflagration, Bill Gates would likely get his wish – severe depopulation of the planet – faster than he and his fellow globalists could have expected. They should be happy, assuming they get by.

There is nothing to say about that one.

As someone who went to high school in the 1950s, I remember well our “duck and cover” drills in which we would hide under our desks during drills. I don’t think anyone would care now, given the power of modern nuclear weapons. but even then, as a child, I was rather skeptical of the usefulness of our flimsy desks. I had seen newsreels from Hiroshima.

He was called then, by Herman Kahn and others, thinking the unthinkable. Unfortunately, we are forced to think again about the unthinkable; it is the first necessary step to avoid this war. Either way, everyone should keep their eyes (no weird pronouns here, thanks) open.

This was all caused by the cult of what I called Biden’s golden calf, electric cars that would save us from “global warming” – excuse me, “climate change”.

Amazing what a little bad science can do for you and for civilization.

Roger L. Simon is an award-winning novelist, Oscar-nominated screenwriter, co-founder of PJMedia, and now editor-in-chief for The Epoch Times. His most recent books are “The GOAT” (fiction) and “I Know Best: How Moral Narcissism Is Destroying Our Republic, If It Hasn’t Already” (non-fiction). He can be found on GETTR and Talk @rogerlsimon.