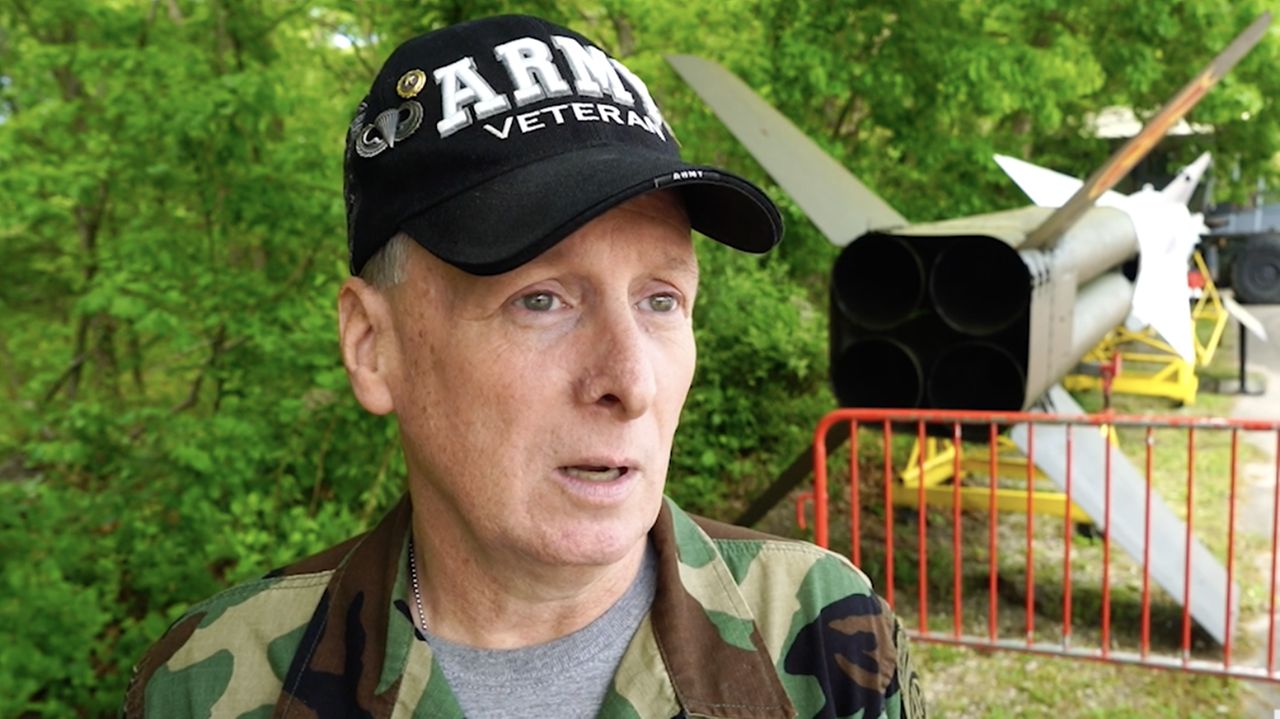 Most Long Islanders don’t know that during the Cold War, the United States deployed nuclear surface-to-air anti-aircraft missiles in Nassau and Suffolk counties – the last line of defense against nuclear bombers from the Soviet era that could target New York.

Two of these Nike Hercules missiles – named after the Greek gods – are now on display at the Museum of American Armor at Old Bethpage. There, officials and clergy will honor Cold War veterans at a special event on Friday.

Among the veterans scheduled to attend are former U.S. Navy Captain Tom Donovan, a squadron commander who flew submarine missions in the Atlantic, Pacific and Mediterranean; Charles Heller, former Air Force Airman 1st Class and NSA Electronic Surveillance Agent; and Chris Suhr, a former Air Force ground crew member responsible for maintaining Boeing B-52 bombers assigned to Strategic Air Command (SAC). (The Cold War refers to the nuclear crisis from 1947 to 1991 between the United States and the former Soviet Union.)

Heller, 82, of Valley Stream, rolled out of the Bronx to join the Air Force after the Cuban Missile Crisis, when President John F. Kennedy watched Soviet Premier Nikita Khrushchev on nuclear missile batteries being settled in Cuba in October 1962. The Cold War scenario now takes on new importance, the three veterans agreed, in light of the Russian invasion of Ukraine.

“Even during the Cuban Missile Crisis, Khrushchev never said, ‘We’re going to use nuclear weapons,'” Heller said. ” This guy [Russian President] Putin, I don’t know if he’s sane, if he’s crazy, but he said it — and it’s… much more dangerous.”

Heller said he still could not discuss the covert surveillance he was part of when monitoring the Soviets on the Black Sea from 1963 in Turkey, or the work he did later for the NSA.

“We made a lot of interceptions, some very important ones,” he said. “That’s all I can say.”

Donovan, 69, who retired as a staff member of the Pentagon’s chief of naval operations, graduated from Queens Village and St. John’s University to become a naval aviator performing Soviet sub-fighter missions in a Lockheed P-3 Orion. He served in several theaters of operations, primarily under President Ronald Reagan.

His most memorable mission was a day tracking a Soviet Victor III-class nuclear attack submarine, a chase that started in the Mediterranean, passed through the Strait of Gibraltar, was picked up by other flights U.S. Navy tracking in the Atlantic, then followed by British, Dutch and Norwegian surveillance teams, who chased the submarine to Murmansk.

“When this guy realized he was having his clock cleaned,” Donovan said of the sub-captain, “he ran from there… He was probably relieved of his duties when he got home. him.”

Suhr, 75, grew up in the shadow of the old Grumman factory in Bethpage, joined the Air Force and serviced B-52 bombers, including time in Guam where the big bombers performed non-nuclear raids on Vietnam. But Suhr said it was his time assigned to the now-closed Griffiss Air Base in northern Rome state that was most memorable.

At all times, he said, there were six nuclear-laden B-52 bombers ready to be launched into the Soviet Union via flights over the North Pole.

“During the highest alert, planes would taxi to the end of the runway, go to takeoff position, and then they would be called back,” he said. “When I got there, the base commander said, ‘If they ever launch, it only means one thing – we’re at nuclear war. “…You learn to live with it and say, ‘I think those guys [world leaders] just puff smoke when they talk about nuclear war, because they’d be a complete fool to use nuclear weapons… You can’t have a minor nuclear war.”

John Valenti, a Newsday reporter since 1981, has been honored nationally by the Associated Press and the Society of the Silurians for his investigative, corporate and breaking-the-dash reporting, as well as column writing , and is the author of “Swee’pea,” a book about former New York City playground basketball star Lloyd Daniels. Valenti is featured in the Emmy-winning ESPN 30 for 30 movie “Big Shot.”