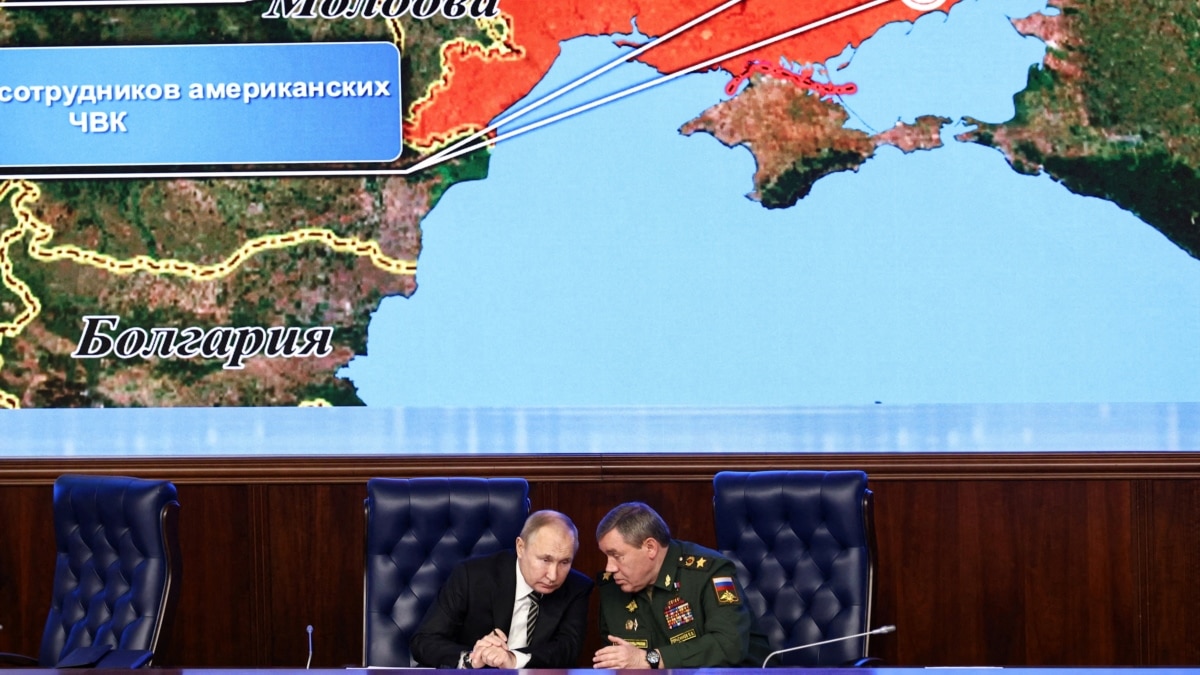 Days after Vladimir Putin was re-elected president of his country in 2018, a former senior Kremlin official told VOA how perilous relations have become between the West and Russia. In a high-profile conversation, almost predicting the high-stakes confrontation currently developing between the Kremlin and NATO over Ukraine, he said Putin believed the rift between Russia and the Western powers was irreparable.

And he identified NATO’s eastward expansion as the main reason. The final blow came for Putin, he said, with the 2013-14 Maidan popular uprising in Ukraine that led to the ousting of his ally, then Ukrainian President Viktor Yanukovych.

The Kremlin insider, who held a leadership position in the government of former Russian President Boris Yeltsin and became a key member of Putin’s team, blamed the West for the collapse of confidence and the lack of common ground. “Maybe all that can be done is do smaller things together to try and rebuild trust,” he said. “If we can’t do this, maybe one day we’ll wake up and someone fired nuclear missiles.”

Fast forward and Kremlin officials have openly threatened in recent days to deploy tactical nuclear weapons amid growing fears that Putin is considering another military incursion into Ukraine. It would be a repeat of Russia’s 2014 annexation of the Crimean peninsula and its seizure of much of the Donbass region in eastern Ukraine, which borders Russia.

“There will be a showdown,” Deputy Foreign Minister Sergei Ryabkov said shortly after US President Joe Biden and Putin held a two-hour videoconference on December 18, aimed at defusing an emerging crisis in the United States. Russian military movements near the borders of Ukraine and an accumulation of around 100,000 troops.

Last week, in remarks broadcast by Russian media, Putin said: “If the clearly aggressive line of our Western colleagues continues, we will take adequate military and technical retaliatory measures. [and] react harshly to hostile measures.

For Western leaders and officials, the Kremlin’s grievances and fears over NATO expansion are at best illusory, or at worst a pretext to overhaul Europe’s security architecture with Putin as the decisive architect.
Western officials say it is absurd for Russia to portray the West as the aggressor, given the Hybrid War and the hostile acts they have accused the Kremlin of waging against the West for years. They see it as revengeful measures seeking to go back to the days when Russia controlled half of Europe.

Western officials cite cyber attacks targeting US and European nuclear power plants and other utility infrastructure, a nerve gas assassination on British soil of former Russian spy Sergei Skripal, disinformation campaigns seeking to interfere with Western elections and politics; and the funding of a disruptive far-right and far-left populist parties as part of an effort to destabilize the European Union.

“The facts are a funny thing and the facts clearly show that the only aggression we see on the border of Russia and Ukraine is the military build-up of the Russians and the bellicose rhetoric of the Russian leader,” Jen Psaki, US President Joe Biden’s spokesperson told reporters last week.

But for Kremlin officials, the blame lies with the Western powers for their failure to accommodate Russia’s growing frustration with NATO enlargement since the end of the Cold War. There have been waves of new admissions into the Western military alliance since 1999, bringing in a dozen Central European and Baltic states that were once members of the Warsaw Pact from the Soviet Union.

At times, as enlargement proceeded, horrific backstage clashes erupted, including over Western objections to Russia “forging closer ties” with its former Soviet republics. The issue sparked a face-to-face argument between Putin and then White House national security adviser Condoleezza Rice at a meeting in Sochi. Rice argued that the former Soviet republics were independent states and should determine their future without what she saw as Russian intimidation.

And Kremlin collaborators categorically asserted that the Maidan protests were fomented by the West and not a popular uprising. The West’s blame for the return of Cold War-like hostility and the sense of pessimism Russian officials have shown about East-West relations illustrate how difficult it will be to bridge the gap.

Putin’s pent-up resentment spread last week during his year-end press conference in Moscow in which he demanded an immediate response to his demand that NATO withdraw its forces from Central Europe and eastern. The Russian leader said he lacked patience. “You have to provide guarantees. You need to do it immediately, now, and not keep gossiping about it during talks that will last for decades, ”he said.

Its demands include not only the withdrawal of troops from former Communist NATO member states, but also the promise that Ukraine will not one day become a member of the Western Alliance. Indeed, it would mean that the West recognizes the former Soviet states and the ex-communist countries as part of the Kremlin’s sphere of influence.

Nina Khrushcheva, a professor at the New School in New York, remains pessimistic about the prospects for talks scheduled for next month between the United States, NATO and Russia. In a comment this week, Khrushcheva, a great-granddaughter of former Soviet leader Nikita Khrushchev, says Russia has a “special nation” mentality and warns Putin is not the only one among Russians who “don’t do not want to revive the USSR, but rather to preserve the status of their country.

How can this be done, how resentment of the Russian Cold War can be allayed, while not denying the right of other, smaller sovereign states to decide their own path, will be the main challenge facing negotiators. Westerners when they hold talks in January. .