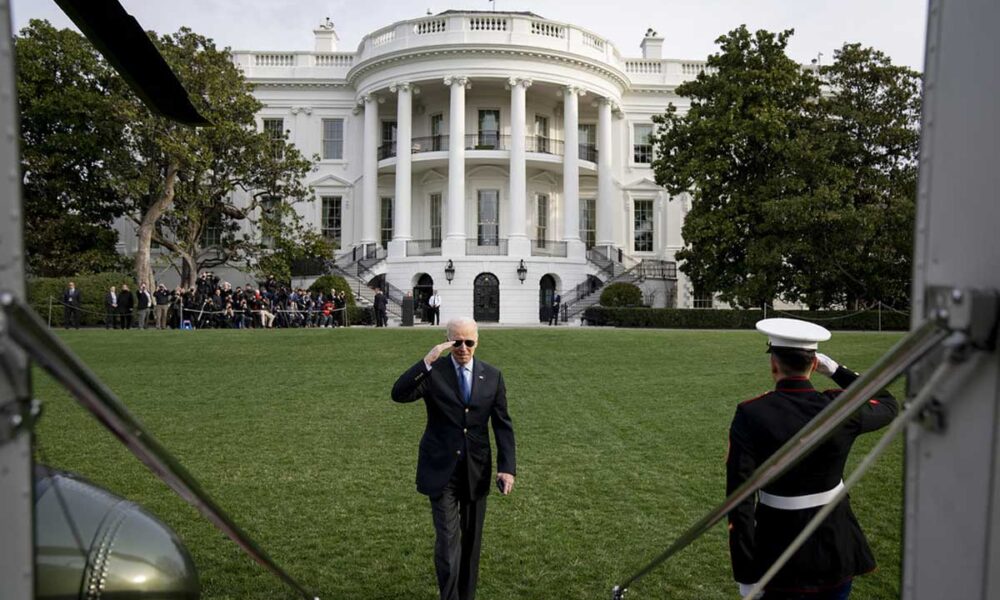 Many continue to cling to an illusion about the future prospects of US-China relations. They believe that if there are positive factors, the two countries could regain their former harmonious relationship. The number of people who share this opinion or are in a wait-and-see mood is quite high, and most of them are entrepreneurs. In Shanghai, which is on lockdown due to the COVID-19 pandemic, the Japanese diplomatic community pointed out that 11,000 Japanese companies are still in the city and more entrepreneurs from other countries and regions are based in China, in waiting for the happiest days.

Besides entrepreneurs, there is also a large group of people who have been trapped by certain interests and who have a long history of harmless cooperation with China, such as those who have academic or technological partnerships, or those who have business relationships. financial investment. These relationships, initially innocuous, have become increasingly dangerous. Apart from that, there are a large number of people from both countries who have family ties and children. Marriages between China and the United States alone concern several hundred thousand Chinese and American couples. All of these people are eagerly awaiting the normalization, or rather the “re-normalization” of US-China relations.

Little is known today that the “normalization” of US-China relations was once a buzzword before China’s reform and opening up. In February 1972, President Richard Nixon visited Beijing, Hangzhou and Shanghai, met with Chairman Mao Zedong and Premier Zhou Enlai, and signed the Shanghai Communique. In the statement, the two countries pledged to continue the “full normalization” of their diplomatic relations. Indeed, this was achieved, after relations between the two nations had been frozen for 23 years.

Understandably, many now want US-China relations to be normalized again, because they are involved in it.

The question is, is it possible?

The answer is simple. If US-China relations cannot return to normal under the administration of President Biden of the Democratic Party, they will not be normalized in the future. There are two reasons for this, one is China and the other is the United States.

China has had good relations with the United States for a long time and is more willing to deal with the pro-establishment US Democratic administration. For example, when Barrack Obama was president, Michelle Obama and her mother Marian Robinson during their visit to China allegedly “barked” at hotel staff, so much so that hotel employees complained about the surroundings. Michelle’s brother Craig Robinson has also had his share of controversy. China tolerated all this, as long as the general situation was acceptable. When President Biden took office, many in China expected the relationship between the two countries to improve, but unfortunately, due to the general system and constraints of the US Congress, Biden was not in able to make major adjustments. All he can do is make sure US-China relations don’t deteriorate further in relation to Donald Trump’s presidency, but that’s it. As a result, China’s expectations of this Democratic administration have been reduced to almost zero, and the coldness between the two sides remains the same.

On the American side, the process of decoupling US-China relations has always continued. There are various reasons for this, including the strength and growth of the Chinese economy, increasing competitiveness, the onset of competition for international discourse, and its desire to see the international order change in a pro-China direction. Of course, there is also the question of protests and demonstrations in Hong Kong, the question of democracy and human rights, the question of Taiwan, Sino-Russian relations and many other questions that are troubling . All of these issues are seen as a threat and a challenge to the United States from China. As a result, China’s positioning in the United States has shifted from collaborator to competitor. It will remain so, even with the change of ruling party in the United States. The reason is not due to any individual in the US leadership but due to geopolitical competition in the international order. At the bottom of this issue are many questionable points, such as currencies, exchange rates, capital, armaments, alliances, regional stability, etc. None of these elements can be changed easily.

Under such a scenario, would it be possible for China to take the lead in promoting the normalization of US-China relations in the future? The possibility of this is also rather slim.

Although China’s economic growth depends to a large extent on net exports, which are very much tied to the US market, there are some limits to China’s growth potential. Now that China’s economic growth rate has been declining year on year, gradually falling from the double-digit rates of the past and essentially fluctuating around 5%, the economic element of political success is becoming less and less relevant. The only thing that can replace economic achievement in the political structure is to stimulate more and stronger nationalist sentiments, such as anti-American hostility. This, of course, is the basis for the long-term deterioration of US-China relations, rather than the driving factor for their normalization.

Therefore, US-China relations are likely to deteriorate in the long term for the foreseeable future, and there should be no illusions about this any longer.