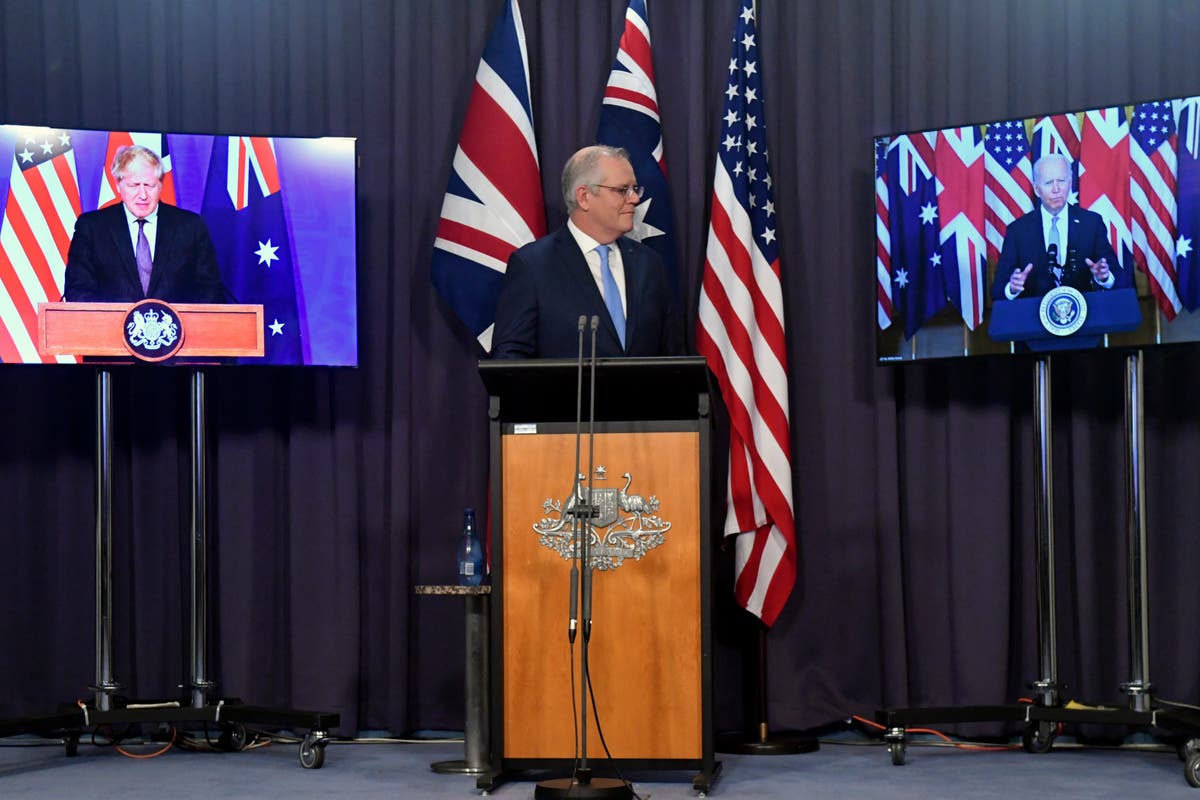 China said on Wednesday that countries should “get rid of their cold war mentality” as it opposes the creation of a pact between the United States, the United Kingdom and Australia.

The security partnership will involve large-scale projects on cyber warfare, artificial intelligence and quantum computing, and is expected to counter China’s influence in global politics.

Liu Pengyu, spokesman for the Chinese Embassy in Washington DC, said countries “should not build exclusion blocks targeting or harming the interests of third parties” and added that they “should get rid of their Cold War mentality and their ideological prejudices “.

US President Joe Biden announced the AUKUS alliance on Wednesday at a joint virtual event with Australian Prime Minister Scott Morrison and Britain’s Boris Johnson. The pact will be formally signed at the White House next week at the Quad summit.

China criticized the Quad summit last week and said “exclusive” regional cooperation cliques formed to target a third country “would not be popular and have no future.” The very first face-to-face meeting of the Quad countries – US, Australia, India and Japan – is scheduled for September 24.

The AUKUS alliance will also allow Australia to acquire nuclear-powered submarines, in a bid to counter China’s growing aggression from the South China Sea to the Indian Ocean. With the deal, Australia would become the seventh country, after the United States, Russia, Britain, China, France and India, to acquire nuclear submarines.

The Scott Morrison government has scrapped a $ 90 billion submarine deal with France and entered into this new deal with the US and UK to boost its submarine defense capabilities.

Mr Morrison said plans for the submarines would be worked out over the next 18 months and the ships would be built in Adelaide, but Australia would not deploy nuclear weapons. “We will continue to meet all of our nuclear non-proliferation obligations,” he said.

Mr Biden said the initiative aims to ensure that “each of us has the most modern capabilities we need to maneuver and defend against rapidly evolving threats.”

“Today we are taking another historic step to deepen and formalize the cooperation between our three nations, as we all recognize the imperative to ensure long-term peace and stability in the Indo-Pacific region,” added Mr. Biden.

Mr Johnson said: “This partnership will become increasingly vital in defending our interests in the Indo-Pacific region and, by extension, protecting our people at home.”

The alliance comes amid China’s counter-provocation to the Biden administration after it sought to rebuild security policies for the Indio-Pacific region. Since starting his presidency, Biden has sought a more unified voice from regional allies against the Asian giant. Beijing has been showing off its muscles in the Indian Ocean since early January, sparking a reaction from other major players in the region such as India.

According to a Pentagon report, China has “the largest navy in the world, with an overall combat force of around 350 ships and submarines, including more than 130 large surface combatants.”

Mr Biden reportedly spoke on the phone with Chinese President Xi Jinping last week after an unsuccessful high-level engagement between key advisers to the two leaders. During the 90-minute call, Xi expressed concern that the US policy towards China has caused “serious difficulties” in relations, The Xinhua News Agency reported.