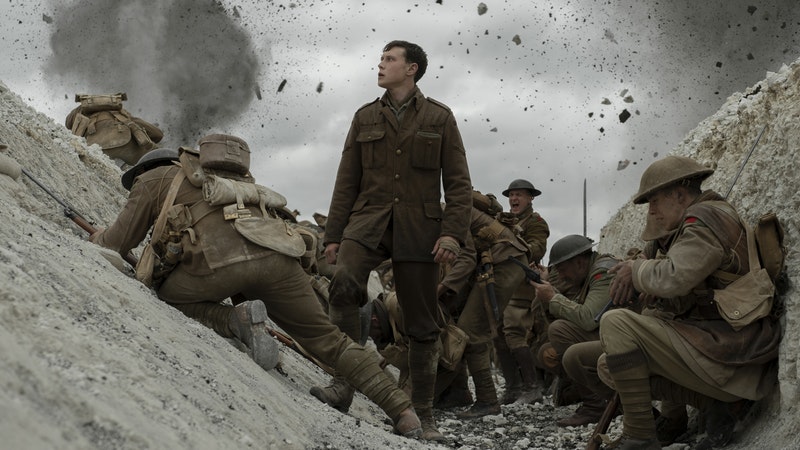 The 1917 British War Epic will face off against Korean social satire Parasite in the race for the top Oscar today.

Sir Sam Mendes, Sir Elton John and Florence Pugh are among the British contenders hoping to win prizes, amid criticism of lack of diversity among candidates.

Director Sir Sam will aim to replicate the success of 1917 at the Bafta Film Awards, where it took seven of the nine gongs for which he was nominated, including Best Picture, Best British Film, Best Director and Best Cinematography.

Joker, Todd Phillips’ dark exploration of the descent into madness of a troubled loner, sets the stage for nominations with 11, ahead of 1917, The Irishman and Once Upon a Time … in Hollywood, which number 10 each.

These four films are nominated for Best Picture, alongside Ford V Ferrari – released in the UK under the title Le Mans ’66 – Jojo Rabbit, Little Women, Marriage Story and Parasite, which would be the first non-English language film. to win the first prize.

Sir Elton is nominated for his first Oscar since winning Best Original Song for The Lion King in 1995.

This time, he is recognized, alongside his longtime collaborator Bernie Taupin, for his track (I’m Gonna) Love Me Again from the biopic about his life, Rocketman.

Cynthia Erivo is the only non-white nominee in the acting categories, having landed a nomination for the Harriet Tubman Harriet biopic.

If she wins, she will be the youngest EGOT (winner of an Emmy, Grammy, Oscar and Tony).

The ceremony was again criticized for the lack of diversity among the nominees after the OscarsSoWhite hashtag started to become a trend in 2015 and 2016, when no non-white artist was recognized.

Last year, three of the four actor categories were won by non-white actors.

Kathy Bates for Richard Jewell, Johansson for Jojo Rabbit and Margot Robbie for Bombshell are also recognized in the category.

The British filmmaker last won the Directing category in 2000 for American Beauty.

The directors were snubbed for the second year in a row, despite the anticipation that Greta Gerwig could be recognized for Little Women.

Welsh star Jonathan Pryce is nominated in the lead actor category for The Two Popes but will have to fend off Joaquin Phoenix, who is nominated for Joker after already racking up gongs from Bafta, Golden Globes, Screen Actors Guild and Critics’ Choice .

Antonio Banderas for Pain And Glory, Leonardo DiCaprio for Once Upon A Timeâ€¦ In Hollywood and Adam Driver for Marriage Story are also nominated.

Pryce co-star Sir Anthony Hopkins is nominated for Best Supporting Actor, alongside Joe Pesci and Al Pacino for The Irishman, Tom Hanks for A Beautiful Day In The Neighborhood and frontman Brad Pitt for Once Upon A Timeâ€¦ In Hollywood.

The ceremony will not have a presenter for the second year in a row, but there will be performances by Erivo, Sir Elton, Idina Menzel, Chrissy Metz and Randy Newman, who will perform their nominated songs, as well as Billie Eilish.

The 92nd Academy Awards will be held at the Dolby Theater in Los Angeles on February 9.

Cult film: Sink the Bismarck! is the best of British war cinema