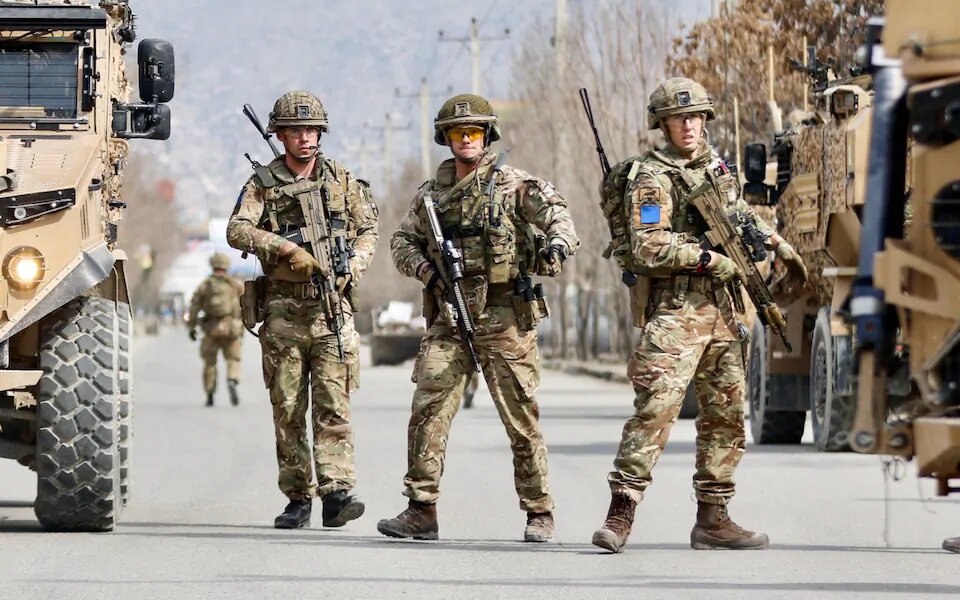 TEHRAN – New figures have revealed that British forces were involved in the murder of nearly 300 Afghan civilians, including at least 86 children and more than 200 adult civilians during the 20-year war in Afghanistan.

The number obtained by the London charity Action on Armed Violence is only a small fraction of what rights organizations see as a much higher level of war crimes committed by British soldiers.

For civilians killed, the UK Ministry of Defense paid compensation of just £ 2,380 on average for each civilian life lost.

In other words, for the UK, the life of an Afghan civilian during the war was “on average” only worth £ 2,380.

But these are just a few of the figures released, and the actual number of civilians killed at the hands of British forces during the war in Afghanistan is unclear.

It is also the “average” amount paid to the families of murdered victims. In many cases, the money paid in compensation for the killing of Afghan civilians had been much less. The number of deaths and the balance paid were documented in the official compensation registers of the Ministry of Defense and obtained by the Action Against Armed Violence.

According to the data, the youngest registered civilian victim was only three years old.

One of the most serious incidents on the files is the compensation of £ 4,233.60 to a family following the deaths of four children who were allegedly “shot by mistake” in an incident in December 2009 Many military experts would wonder exactly how four children of the same family can be “killed and shot in error.”

Some of the payments amounted to less than a few hundred pounds.

In the UK newspapers, many incidents are only briefly recorded.Data from the London-based charity scanned the newspapers to coincide with the withdrawal of US-led Western forces from Afghanistan last month, resulting in chaotic airlift from Kabul International Airport. Attention is once again shifting to civilian casualties in Afghanistan after the United States was forced to admit that a drone strike last month killed ten civilians, including seven children. This is not what Washington claimed to be members of the Daesh Takfiri terrorist group first reported.

Under heavy pressure, General Kenneth McKenzie, commander of the US Central Command, said a “terrible mistake” had been made. The U.S. Central Command investigation found that an aid worker and nine family members, including seven children, died in the August 29 strike. The youngest of the children, Sumaya, was only two years old.

The deadly strike came days after a terrorist attack at Kabul airport, amid a frenzied evacuation effort after the Taliban suddenly returned to power. It was one of the last acts of the US military in Afghanistan before ending its 20 years of war and occupation.

U.S. Central Command General Kenneth McKenzie admitted that U.S. intelligence had followed the civilian aid worker ‘s car for eight hours, believing it to be linked to terrorists affiliated with Daesh. The incident added to the task of American intelligence; which has been in the spotlight for all the wrong reasons in West Asia for the past twenty years, from Iraq to Afghanistan to Yemen as well as in African Muslim countries.

In the UK newspapers, many incidents are only briefly recorded. Murray Jones, the author of the research, says that “these files do not make it easy to read. The banality of the language means hundreds of tragic deaths, including dozens of children, read more like an inventory.”

Action on Armed Violence estimates that 20,390 civilians were killed or injured by US-trained and international Afghan forces during the 20 Years War. A total of 457 British troops also died during the period, while the UK spent around £ 21bn from 2001 to 2014. The exact cost for the remaining seven years has not been released.

Overall, compensation records show £ 688,000 was paid by the British military for incidents involving 289 deaths between 2006 and 2013, the last year of British combat operations in the country, meaning that the average compensation paid by the Ministry of Defense per civilian killed was £ 2,380.

The payments recorded also relate to operations involving the SAS, which has been accused of being involved in the execution of civilians during the war. The family of three Afghan farmers who were reportedly killed in cold blood in 2012 received £ 3,634 three weeks after the incident. The newspapers describe the money as “an aid payment to be made to calm the local atmosphere”.

Anti-war activists have called for executions and other potential war crimes committed by British forces to be investigated by an international tribunal. They say compensation does not go far enough and that the UK should be held accountable under international law like every other country in the world.

In some cases, payments for property damage were greater than those recorded for loss of life. For example, in 2009-10 the Ministry of Defense awarded £ 873 for a damaged crane and £ 662 for the death of six donkeys “when they got to the range”.

Payment data is one of the few ways to establish the number of civilians who may have been killed by British forces in Afghanistan, as the Defense Ministry has said in response to further requests for access to information that “he has no central figures. . “

British officials have said efforts are regularly made to minimize the impact of military operations on civilians. But in other contexts, the UK has made only limited admissions; for example, the Ministry of Defense claims that there has been a civilian casualty during the Royal Air Force’s bombing campaign in Syria and Iraq against Daesh in more than 10,000 missions since August 2014.

A spokesperson for the ministry said the amount of compensation paid in each case was determined by a mixture of principles as well as “local customs and practices”. The spokesperson asserts that “every civilian death is a tragedy and the UK always seeks to minimize the risk of civilian casualties through our rigorous targeting processes, but this risk can never be fully eliminated.”

The ministry previously said it had examined allegations of SAS involvement in extrajudicial killings and said there was “insufficient evidence to prosecute.” Much to the anger of human rights organizations and anti-war activists who demand justice for Britain’s role in extrajudicial killings, executions, killings of civilians and other war crimes committed in a war that critics say the UK should never have been involved in the first place.

Analysts say the UK government has set aside dozens of legal cases of potential murder of civilians by its troops in Afghanistan at the risk of opening Pandora’s box, where the most serious crimes could potentially emerge.

Either way, the need for an international tribunal to investigate war crimes committed by US-led forces in Afghanistan is something the US strongly opposes. Critics say if Washington has nothing to hide, then it should allow the process of an international investigation.