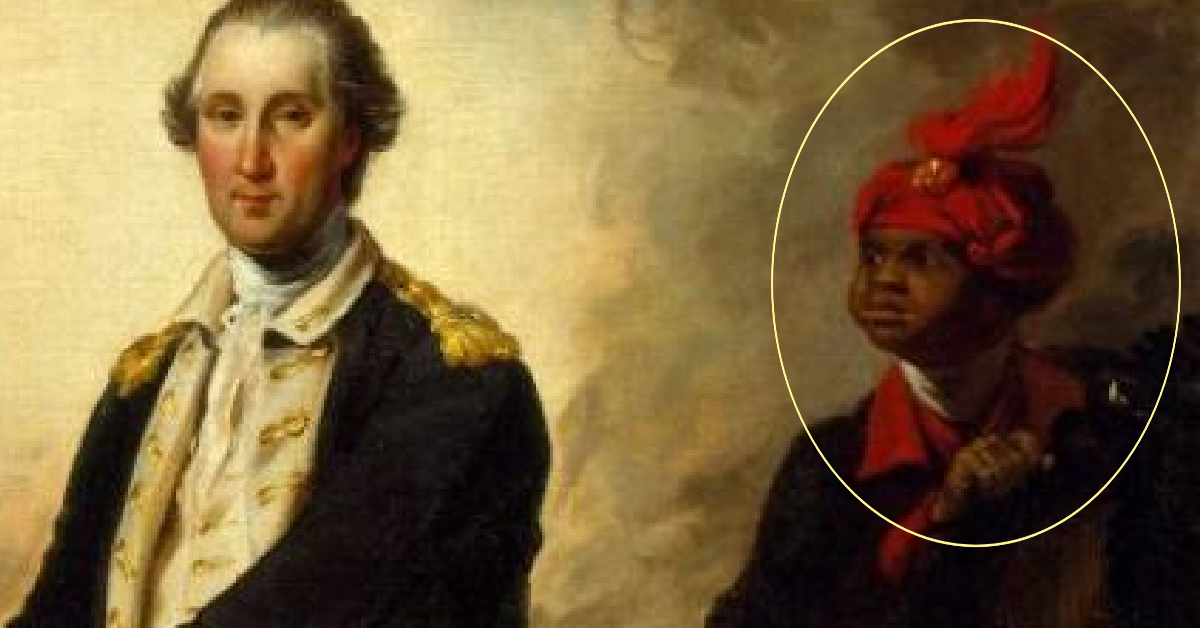 ALEXANDRIA, VA – The Virginia Society Sons of the American Revolution, in commemoration of Black History Month, will commemorate American Revolutionary War patriot William Lee at the Slave Memorial at the Mount Vernon Estate at 3:30 p.m. on Saturday, 5 February, 2022. Patriot Lee served alongside General George Washington during many of his military campaigns and was the only slave freed immediately after General Washington’s death in 1799.

William “Billy” Lee was a slave who acted as General George Washington’s personal servant during the American Revolution. In 1767, George Washington purchased brothers William and Frank Lee from Mary Lee of Virginia. William cost £61.15. Washington intended to make the brothers servants of the household, and William, often called Billy or Will, became Washington’s valet, as well as a favorite huntsman. Lee was probably born around 1750. The Washington Records referred to Lee as “Mulatto Will”, suggesting that Billy and Frank were born to a slave mother and a white father. Lee was among Washington’s most trusted servants, and he remained close to the Patriarch of Mount Vernon throughout the Revolutionary War and its aftermath.

When Congress appointed Washington commander-in-chief of the revolutionary forces in 1775, Lee followed him in the Continental Army. As Washington’s valet, Lee was responsible for grooming horses, preparing his master’s clothing and equipment, delivering messages, and tending to the general’s needs. During the battle, Lee remained on hand, ready to provide a sword or scope at Washington’s request. Lee survived the cruel winter at Valley Forge and witnessed the earth-shattering victory at Yorktown, marking some of the significant historical events Lee witnessed while serving alongside Washington.

When the Revolutionary War ended, Lee returned to Mount Vernon with Washington. In 1775, Lee had met a free black woman named Margaret Thomas, who worked as a cook for revolutionary officers. Lee and Margaret Thomas considered themselves married, although Thomas had lived in Philadelphia, and there are no records indicating that she ever managed to move to Mount Vernon after the war. In 1785, Lee had an accident while surveying land with Washington and badly broke one of his knees. Several years later, Lee also broke his other knee, crippling him for the rest of his life.

Despite these injuries, Lee accompanied Washington to Philadelphia in 1787 for the Constitutional Convention that would determine the fate of the nascent United States. After Washington was elected president, Lee wanted to visit the president in New York. He found it difficult to get to the residence in Washington, even with metal appliances made for him by doctors in Philadelphia. Upon his arrival, Lee’s injuries prevented him from continuing his service as the new president’s valet. Instead, Washington arranged for Lee to return to Mount Vernon and work as a shoemaker.

The decision to let Lee stay at Mount Vernon as a shoemaker and overseer of other slaves was a testament to the favorable place he held in Washington’s household. Lee was also allowed to keep his Mount Vernon surname, another sign of his high status among the estate’s slaves. The arrangements Washington made for Lee’s welfare after his accident indicated the general’s affection for his faithful servant. Lee was close to his master throughout the Revolutionary War, and historians often wonder how Washington’s affection for Lee may have influenced his views on slavery and the decision to free his slaves at the end. of his life.

Although little is known about Lee’s personal thoughts and feelings, surviving records reveal a few details about the slave’s life and personality. Lee became famous for his wit and bravery, as well as his penchant for storytelling after the war. A surviving account of Lee, recorded by George Washington Parke Custis, Washington’s grandson-in-law, recalls Lee’s penchant for fox hunting and his skill as a horseman:

“Will the Hunter, better known in Revolutionary lore as Billy, rode a horse called Chinkling, a surprising jumper, and looked much like his rider, low but sturdy, and of great bone and muscle. Will had only one order, which was to stay with the dogs; and, mounted on Chinkling…that fearless rider would rush, full speed, through brakes or tangled wood, in a style at which modern hunters would be appalled.

When Washington died in 1799, he freed Lee, along with 124 other slaves who would be freed upon the death of his wife, Martha. Lee was the only slave explicitly mentioned in Washington’s will, and by Washington’s specifications, he received his freedom immediately, in addition to $30 a year and the choice to stay on his estate. Washington particularly congratulated Lee for “his attachment to me” and for “his faithful services during the War of Independence“. Lee chose to spend the rest of his life in Mount Vernon, where he was a patriot and a free man until his death in 1810.

Background to the Sons of the American Revolution: The Sons of the American Revolution were founded in 1889, which also marked the 100th anniversary of George Washington’s swearing in as President of the United States. The charter was established by an act of Congress and signed on June 9, 1906, by fellow RAS President Theodore Roosevelt. It is the largest male line society in the United States and consists of 50 societies with over 500 local chapters, several international societies with over 35,000 members. Prominent members include sixteen US presidents, Winston Churchill and King Juan Carlos I of Spain. All members have proven descent from someone who provided military service during the cause of independence, or provided material or financial support to the cause. The ancestors of patriots are both male and female. The objects of our society must be patriotic, historical and educational.