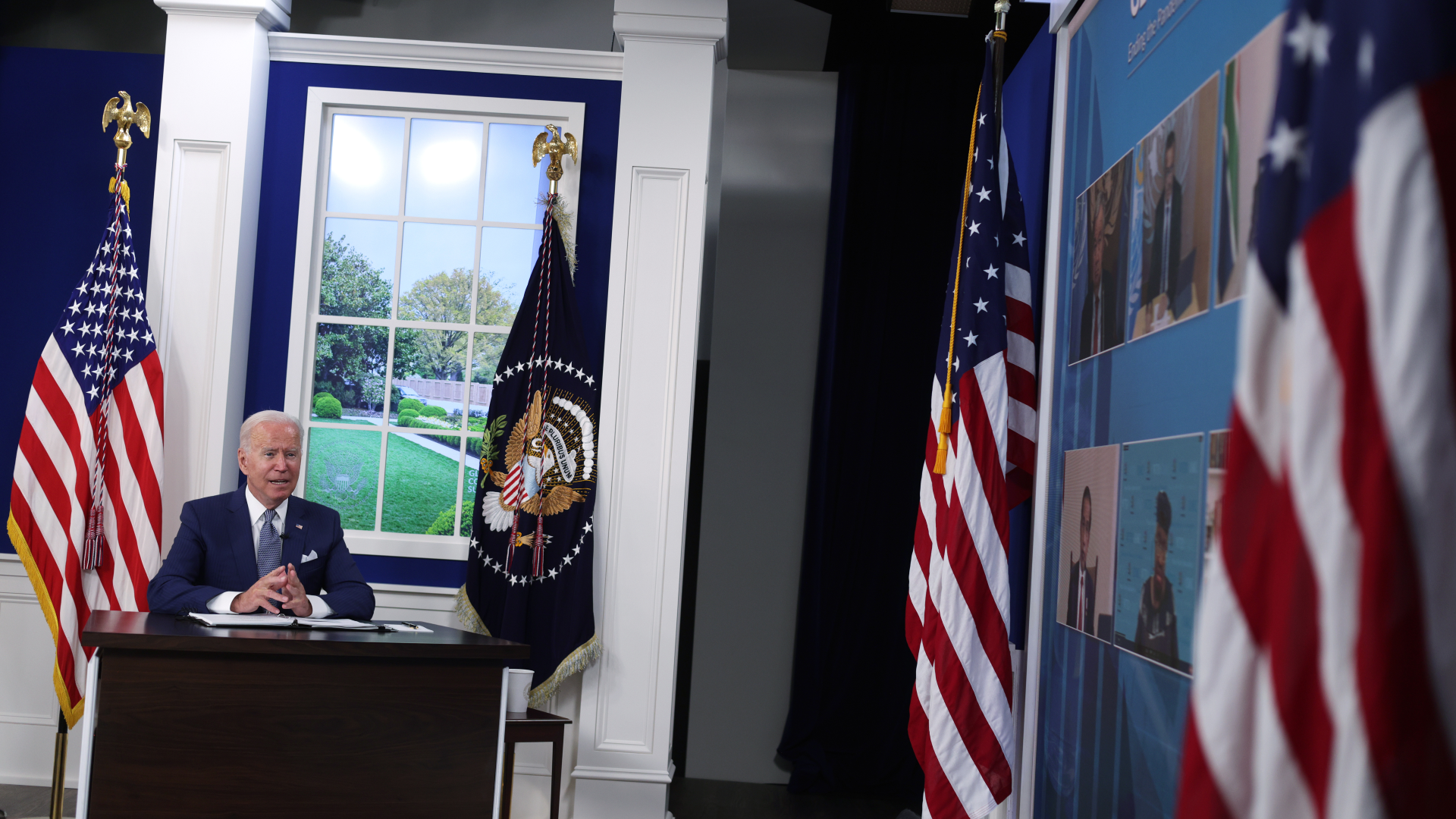 Editor’s Note: Fiona Edwards is a member of the No Cold War campaign organizing committee. The article reflects the views of the author and not necessarily those of CGTN.

President Joe Biden’s so-called “Democracy Summit” on December 9-10 is the latest move in America’s new Cold War agenda. Under the guise of promoting “democracy” and “human rights”, the United States conceals the true objectives of this summit, which is to divide the world and recruit new allies to join the dangerous American offensive. against China. The United States has absolutely no intention of “democratizing” international relations. In fact, the exact opposite is happening – the United States seeks to preserve its American dominance in world affairs.

Countries that refuse to submit to US foreign policy, including China, Russia and Cuba, were of course not invited to the Biden summit. Indeed, the whole summit was organized to attack those countries, especially China, which are pursuing their own independent path.

That this is a summit to promote a Cold War agenda is more strikingly confirmed by Biden’s decision to exclude China but invite Taiwan, a region of China, to the summit. The move is both provocative and a blatant attempt to interfere in China’s internal affairs, violating the United States’ stated commitment to the one-China principle, which Biden reaffirmed in a phone call. with Chinese President Xi Jinping last month.

The United States also uses the summit to intervene in the internal affairs of other countries. A clear example is Biden’s decision to invite Juan Guaido, a Venezuelan opposition politician, to the summit, but not to invite the democratically elected government of Venezuela.

The US administration recognizes Guaido as interim president of Venezuela despite the fact that he never even stood for election to be president of Venezuela. Guaido is widely despised by the Venezuelan people for repeatedly supporting the US intervention in his own country, including multiple violent attempts to stage a coup to overthrow Venezuela’s democratically elected government led by President Nicolas Maduro. 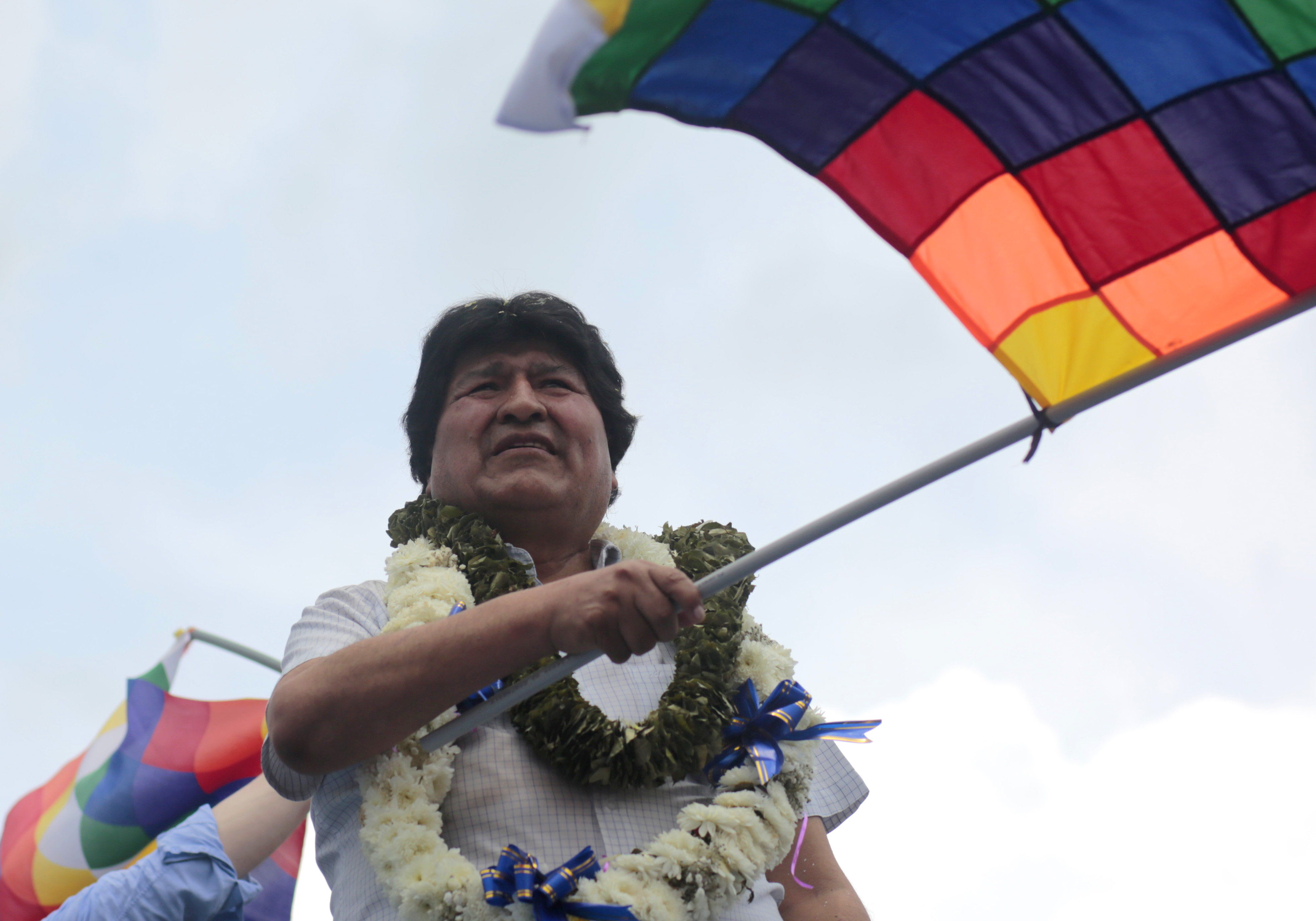 Former Bolivian President Evo Morales waves a Wiphala flag upon his return from a year of political exile, in Chimore, Bolivia, November 11, 2020. / Getty

Former Bolivian President Evo Morales waves a Wiphala flag upon his return from a year of political exile, in Chimore, Bolivia, November 11, 2020. / Getty

Bolivia is another Latin American country with a democratically elected government that was not invited to participate in Biden’s â€œDemocracy Summitâ€. In October 2019, the United States supported a violent coup against the President-elect of Bolivia, Evo Morales, who was forced into exile. After a year of mass struggle, the coup was called off and Luis Arce was elected president in November 2020. The hostility of the US administration towards the new democratically elected government of Bolivia continues, which continues. clearly reflected in the fact that he was not invited to join Biden’s party. Mountain peak.

The attitude of the Biden administration towards Venezuela and Bolivia is in line with Washington’s long-term foreign policy approach to Latin America and the Caribbean, which sees the entire region as the backyard of states. -United. The Latin American countries which pursue their own sovereign and independent path, instead of following American diktats, are treated with the greatest hostility by the American administration and subjected to intervention.

Among the countries and regions Biden invited to participate in the “Summit for Democracy” are allies, including Britain, which supported and participated in the United States’ brutal wars of aggression against Afghanistan, the Iraq, Libya and Syria. Millions of people have been killed, injured and displaced as a result of these barbaric wars which demonstrate America’s true â€œhuman rightsâ€ record.

It is particularly ridiculous and hypocritical for Britain to join the US summit aimed at teaching China about “human rights” and “democracy” when Britain has been involved in two opium wars against China and ruled as a colonial power in Hong Kong for over 150 years. For a century and a half of British rule in Hong Kong, there has been no election for the governor of Hong Kong in any form.

The ridiculously named â€œSummit for Democracyâ€ in the United States is extremely divisive and therefore dangerous. It takes place at a time when humanity urgently needs global cooperation to deal with growing threats around the world, including a pandemic that has already killed millions of people in the past two years, a economic crisis that plunges millions of people around the world into poverty and a climate crisis which, according to the United Nations, could lead to a “catastrophe” for human civilization.

The United States’ Cold War agenda, which aims to deliberately create a world divide and not world cooperation, is totally against the interests of mankind. In fact, the US aggression against China increases international instability and creates new threats, including the threat of a new nuclear arms race and the diabolical prospect of a devastating hot war between two weapon states. nuclear. It is therefore clear that the new cold war agenda of the United States is the real threat to human rights around the world.

The Story of a Medicine Hat Volunteer: Dad, WWII and the Kettle Campaign