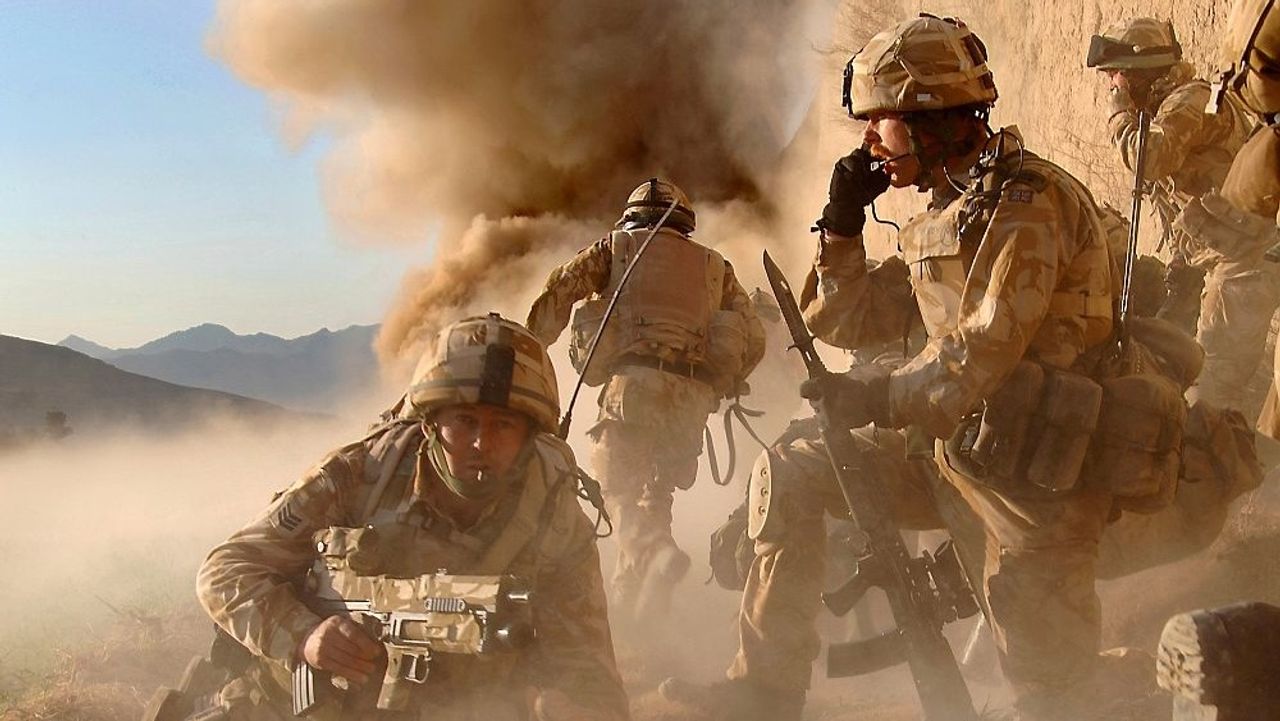 The BBC also found evidence that senior officers, including recently retired General Sir Mark Carleton-Smith who headed the special forces at the time, were aware of the concerns within the Special Air Service (SAS) but did not did not turn over evidence to the military police.

Screening last Tuesday evening of SAS Death Squads Exposed: A British War Crime? broadcast interviews and evidence based on official records of police investigations and a four-year investigation showing that an SAS unit in Helmand Province killed 54 people in suspicious circumstances between 2010 and 2011. the unit resulted in a total death toll in Afghanistan plus more than double that number, but none of its members were injured in the raids, indicating that their lives were not in danger.

The Ministry of Defense had been forced to hand over a series of emails and documents during a lengthy hearing in a civil High Court case brought by Afghan citizen Saiffulah Yar in the deaths of four family members at the hands of of the SAS, after previously suggesting that he had no such documents. Other documents were obtained through freedom of information requests.

The documents, written by SAS officers and military personnel, provide evidence of war crimes. They show that although the government claimed – and continues to claim – that there was no credible evidence of criminality, the evidence had remained in Whitehall all this time.

According to the 1977 Geneva Conventions, shooting civilians is only lawful if they take a direct part in hostilities. Under UK domestic law, a soldier may only use force in self-defence and defense of others, including deadly force, if it is reasonable in the circumstances, while a commander’s failure to inform the military police if he becomes aware of the potential war crimes constitute a criminal offense.

The spread of SAS Death Squads Exposed: A British War Crime? comes at a sensitive time amid furious claims by Britain that Russian armed forces have committed multiple war crimes in Ukraine and calls for Russia to be referred to the International Criminal Court.

Last week the Ministry of Defense slammed the BBC for engaging in ‘irresponsible and incorrect’ journalism in airing the allegations, arguing it could put British soldiers at risk as it ‘jumps to unwarranted conclusions’ with his claims that the two military police investigations resulted in no prosecutions. He said: “None of the investigations found sufficient evidence to prosecute. To suggest otherwise is irresponsible, incorrect and endangers our brave armed forces, both in the field and in reputation.

Parliamentarians have called for an urgent inquiry into the BBC’s “deeply disturbing” claims.

Tobias Ellwood, Tory chairman of the House of Commons Defense Select Committee, said: ‘The optics of it don’t look good’ and called on Armed Forces Minister James Heappey to explain the situation. Heappey gave the government’s now standard response that the allegations “have been investigated, I believe, twice and each time failed to meet the evidentiary threshold.”

This was a reference to the 2014 launch of Operation Northmoor by the Royal Military Police, an investigation into 657 allegations of abuse, ill-treatment and murder at the hands of British forces which was axed in 2017 and closed in 2019, with the MoD finding no evidence of criminality. The BBC said members of Operation Northmoor disputed the MoD’s conclusion that there were no cases to respond to.

Heappey promised another laundering investigation, should BBC evidence warrant it.

The program noted a “quite unbelievable” pattern of “strikingly similar reports” of SAS operations, aimed at killing or capturing Taliban members, in which the SAS shot and killed Afghan men in nighttime raids. After capturing family groups, soldiers would force one of them into the building and then shoot him, claiming the man had produced a hand grenade or an AK47 rifle. Typically, the number of guns was much lower than the number of men detained, while the position of the bullets in the walls indicated that the victim was lying on the ground and unable to fire a gun.

The reports were so standardized that they raised questions about whether the raids constituted war crimes. Internal emails described an incident as the “latest massacre”. A senior SAS officer warned in a secret memo that it looked like a “deliberate policy” of unlawful killings. But following the ordering of a rare formal review of the squadron’s tactics, the investigating officer sent to Afghanistan accepted the SAS version of events at face value.

According to BBC sources, SAS units competed for the highest number of casualties during their six-month tour of duty, with the unit at the center of the investigation seeking a higher body count than its predecessor .

Colonel Oliver Lee, commanding officer of the Royal Marines in Afghanistan in 2011, told the BBC his allegations of misconduct were “incredibly shocking” and deserved a public inquiry. He said the apparent failure of special forces chiefs to release evidence was “completely unacceptable”.

Britain’s special forces, which have carried out operations in 19 countries since 2011, are not subject to any parliamentary oversight, reporting only to the Ministry of Defence. With their exemption from freedom of information requests, any information that becomes available is leaked by whistleblowers who risk serious criminal charges.

Killings and cover-ups flow inexorably from the filthy and criminal nature of war waged by British imperialism, from the top down. It was Labor Prime Minister Tony Blair who lined up ‘side by side’ with US President George W. Bush in the US-led coalition’s illegal war of aggression and occupation of Afghanistan. States, persuading NATO to support the war in the name of American and British imperialism. . He never withdrew his support, saying it was a war to bring democracy to Afghanistan. Last August, he berated President Joe Biden for the “tragic, dangerous and unnecessary” US withdrawal from the country.

The illegal invasion and occupation of Afghanistan claimed more than 175,000 lives, although the true toll, including deaths indirectly caused by war, is closer to one million, with hundreds of thousands of injured and millions more forced to flee their homes. One of the poorest countries on the planet, its people suffer from deprivation and oppression.

While the British government claims that the military costs of Operation Herrick amounted to £23 billion, Frank Ledwidge, author of Investment in blood published in 2013, estimates the total cost at around £40 billion, including the human and financial cost of long-term care for more than 2,600 injured British soldiers, more than 5,000 “psychologically injured” and the misery paid in compensation to the families of the 7,000 civilians the British government has officially acknowledged have been killed, injured or lost their homes as a result of its operations.

The British government had sought to introduce a “presumption against prosecution” for British soldiers for events five years or more old, giving a green light to future war crimes, including the mass murder of civilians. Ministers were forced to admit the five-year limit would not include war crimes in legislation enacted last year.

It is not only the soldiers who perpetrated these crimes in the name of the imperialist powers who have gone unpunished. Basically, those at the very top of the political and military ladder who planned and executed a criminal war escaped any punishment. Blair, like Bush, was never held accountable for his role in ordering the invasion of Afghanistan or his pivotal role in the 2003 Iraq war.

The only two people to face criminal repercussions are those who reported war crimes: Chelsea Manning, who endured a decade of persecution, and Julian Assange, who is imprisoned in Britain’s maximum-security Belmarsh prison. and faces extradition to the United States to serve 175 years. years imprisonment under the Espionage Act.

What the WSWS wrote about the war in Afghanistan in 2001

From the outset, the WSWS exposed the Bush administration’s lies that its illegal invasion was an act of self-defense in response to the 9/11 terrorist attacks.