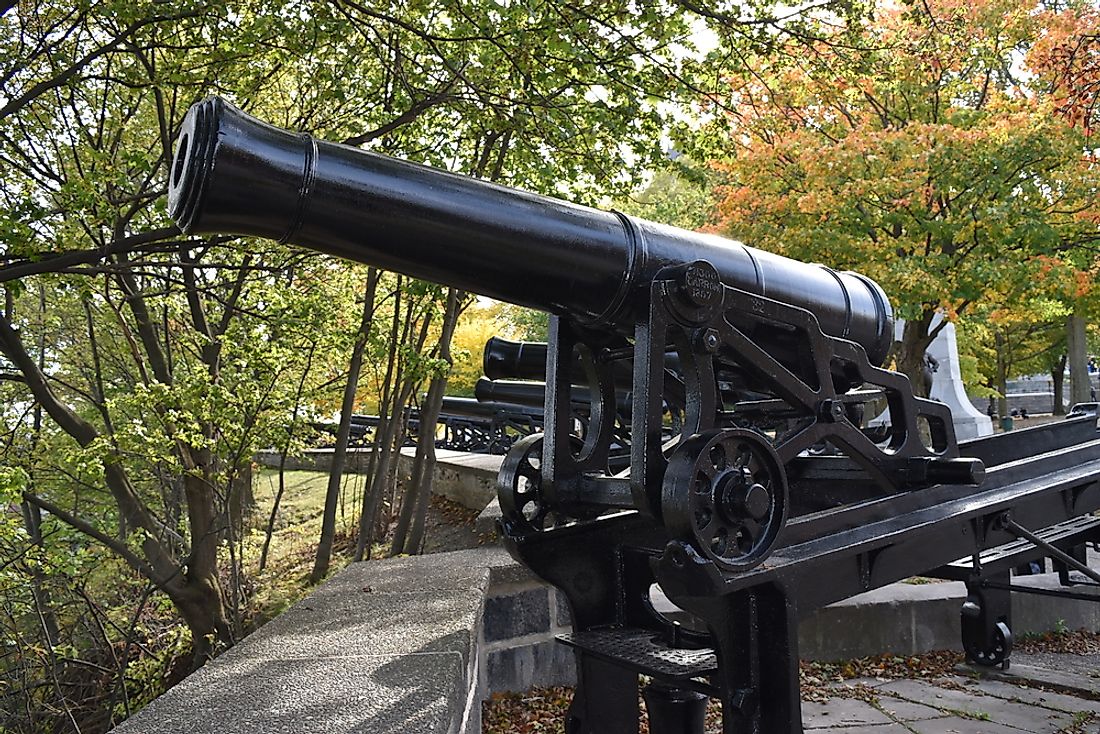 The Battle of Quebec was an important part of the famous campaign to invade Canada during the American War of Independence, and it took place on December 31, 1775 in Quebec. This battle was the first major war defeat for the Americans. and one that came with very heavy losses. Part of the purpose of this invasion of Canada was to induce the Canadian population to support American interests in the war.

The fighters in this battle were American troops who attacked a force made up of Canadian volunteers and British recruits. The Governor of Canada, Guy Carleton, commanded the Canadian loyalists in this battle, in support of Colonel Allen Maclean, who commanded the British forces. Brigadiers General Richard Montgomery and Daniel Morgan and Major General Benedict Arnold commanded the Continental troops, while James Livingston, born in New York and residing in Quebec, led a Canadian regiment in support of the revolutionaries. In battle, the Continentals had about 1,200 combined regular and militia troops alongside them, while the British and Canadian loyalist forces had about 1.5 times as many. Regarding their equipment, weapons, and uniforms, neither side had a specific dress code, and they wore whatever clothing was available to them at the time, and many were probably wearing their own civilian clothes. It was only the British regulars, who were only a small group in the battle, who reportedly wore their own unique uniforms. The weapons available to both sides included bayonets and muskets on both sides, but the British had the advantage of having heavy guns on the city fortifications.

The American advance was planned in such a way that Montgomery was ready to attack from the west side while moving along the St. Lawrence waterfront. Arnold, meanwhile, had to start advancing on the north side and walk along the St. Charles River. The two attack teams planned to meet where these two rivers meet, in order to attack the city wall. The Americans moved on the night of December 30 and the assault took place shortly after midnight. In an event they had not anticipated, as Montgomery’s forces pressed inside the lower town, they encountered their first barricade, and the first British volleys stunned them and killed Montgomery. The British prepared for the attack by erecting several barricades intended to reinforce the formidable defenses of the city under the supervision of Carleton.

The British were the victors of the Battle of Quebec, because they succeeded in repelling the assault. The assault led by Montgomery encountered heavy grape-shot which killed him. Unaware of Montgomery’s death, troops led by Arnold entered the town, now under the command of Captain Daniel Morgan since Arnold was shot in the left ankle, rendering him temporarily incapacitated. British and Loyalist troops focused all of their energies on these Americans and surrounded them, and Morgan and his men ultimately had no choice but to surrender. The losses of the Battle of Quebec amounted to 5 killed and 14 wounded for the British and Canadian loyalists, while the continental losses totaled 50 killed, 34 wounded and 431 captured.

After the Battle of Quebec, the Americans withdrew completely from Canada and never made another serious attempt to bring the people of Canada into the American camp of war. The arrival of more than 4,000 British troops later, under the command of Major-General John Burgoyne, forced American forces to withdraw from this region and return to New York. This marked the end of the invasion of Canada which, although independent from Great Britain, is still part of the British Commonwealth and retains the British monarchy to this day.

The Battle of Trenton: The American War of Independence