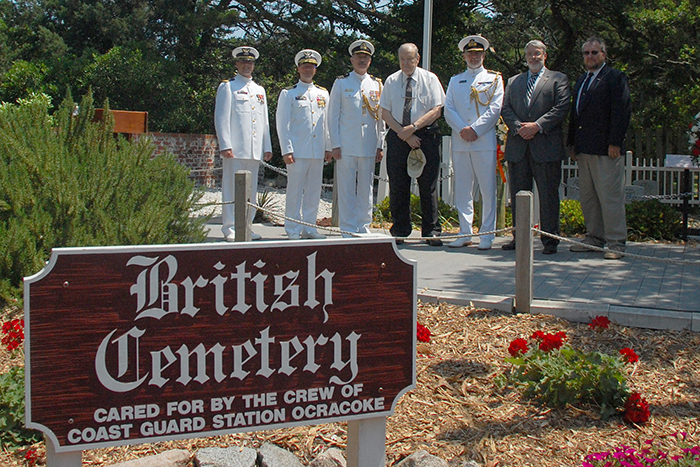 HATTERAS – The 63 foreign soldiers who lost their lives in WWII defending the North Carolina coast will be recognized in May.

The 11 a.m. service on May 9 at Buxton honors the men who lost their lives in April 1942 when the British armed tanker San Delfino was sunk by U-203 just off Pea Island.

The ceremony at Ocracoke British Cemetery at 11 a.m. on May 10 honors the sailors of HMS Bedfordshire, destroyed in May 1942 by the German submarine U-558 near the island.

The ceremonies are hosted by the Friends of the Atlantic Museum Cemetery, the community of Ocracoke, the United States Coast Guard, Coast Guard Auxiliary 16-04, the National Park Service and the Commonwealth War Graves Commission.

For more information on the ceremonies, call 252-986-0721 or visit the Atlantic Cemetery website.