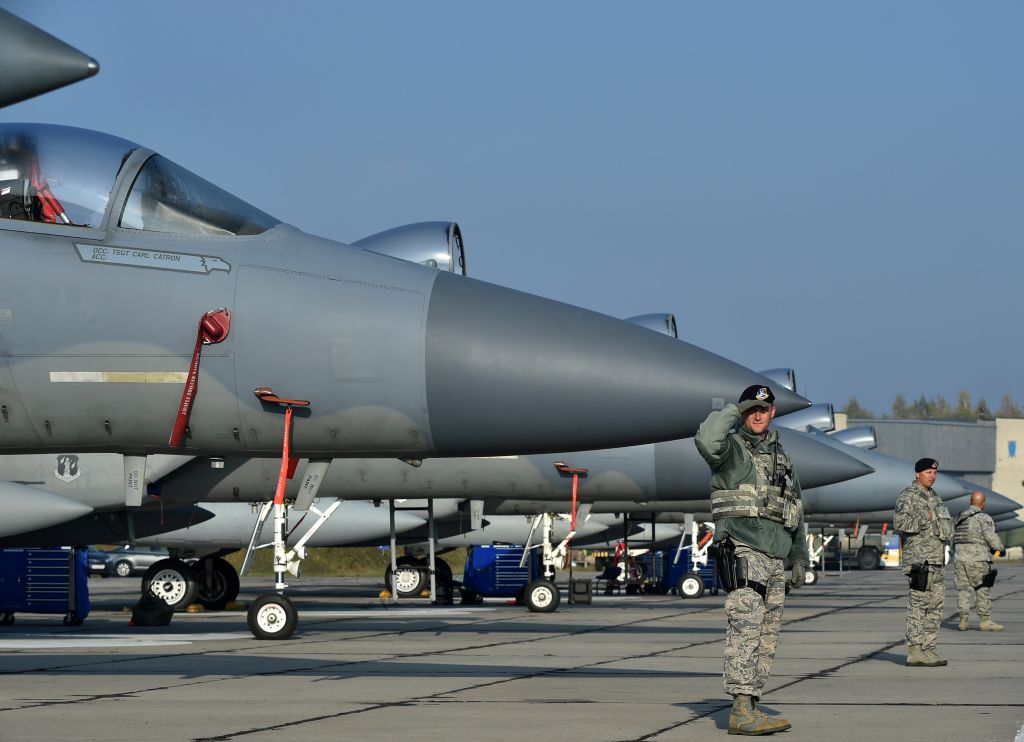 I’m not much of a REM fan, but I had “It’s the end of the world as we know it (and I feel good)” stuck in my head for days. A disturbing number of high profile voices have called on President Joe Biden to establish a no-fly zone in Ukraine. To his credit, he staunchly refused to do so. But these forces will only intensify as the Russian invasion drags on. My boiling point is that – and listen to me on this – starting World War III would be a bad thing.

Biden’s State of the Union was interrupted by chants of “USA! UNITED STATES!” A member of the United States House of Representatives has proposed expelling all Russian students from the United States. A prominent United States senator has publicly called for the assassination of Russian President Vladimir Putin. The atmosphere politics in the United States quickly became xenophobic, bloodthirsty and dark.

Is there a Brutus in Russia? Is there a more successful Colonel Stauffenberg in the Russian army?

The only way this will end is if someone in Russia takes this guy down.

You would be doing your country – and the world – a great service.

While the United States has provided significant military aid to Ukraine, direct action by the US government has so far been mostly limited to economic sanctions. It should be noted that not all penalties are the same. Putin’s government is waging a monstrous imperial war. While we should oppose any sanctions that would deepen the misery of working-class Russians, targeted sanctions against individual Russian oligarchs are another matter – just as it would have been hard to oppose if other powers had responded to the invasion of Iraq with targeted sanctions. about politically connected American billionaires.

But there is a pervasive atmosphere of chauvinistic fervor, a sense of urgency that the United States “do something”. At the level of civil society, this has been expressed through nonsense like the International Federation of Cats prohibition Russian purebred cats from competition and small and not-so-small cruelties ranging from calls in the mixed martial arts world to ban Russian fighters to removal from Russia’s oncology network. I guess if you can’t punish Vladimir Putin, you can at least punish the cancer patients who live in his country.

Most disturbing, however, was the parade of calls for American military intervention. In most cases, this takes the form of calls for the United States to establish a no-fly zone in Ukraine. A sitting US congressman made that call. Just like a senator. Dan Hodges of Mail on Sundaythe UK’s best-selling Sunday newspaper, has noted this do not establishing a no-fly zone would be “an act of appeasement no different from our appeasement of Hitler in 1938”.

Calls for a no-fly zone are calls for war between the United States and Russia.

Some personalities have gone even further. Garry Kasparov, former world chess champion and fierce critic of Putin Explained that WW3 has “already” started, so direct NATO combat in Ukraine would be fine. Richard Engel, NBC News Chief Foreign Correspondent publicly mused that it might be a good idea for “US/NATO” to “destroy” Russian forces on the ground in Ukraine.

One could argue that the Russian government would simply make a rational calculation and back down in the face of direct US military intervention. But the invasion of Ukraine was itself an extremely irrational act. And I would not trust the US government not to engage in a potentially catastrophic future escalation should the Russian military become directly involved in a war against US forces.

In a just-released poll, 74% of US respondents said they would support a no-fly zone. I hope most of them don’t understand what that would really mean.

“No-fly zone” is a combination of words that might not sound innately alarming. If Russian planes are participating in a horrible war of aggression, what’s wrong with forbidding them to do so?

As George Carlin was fond of pointing out, euphemistic language is an enemy of both clarity and basic humanity. Let’s call things as they are. Calls for a ‘no-fly zone’ are calls made in the United States shoot down russian planes.

Take a moment to really think about how the phrase “US shooting down Russian planes” would have sounded during the Cold War decades. And then remember that the gigantic nuclear stockpiles of both nations, enough to blow up the whole world many times over, have gone nowhere.

Starting a war with Russia could indeed be the end of the world as we know it. As the world faces this slim but real possibility, I don’t trust anyone who feels good.

Risk of a “new cold war” and a “new iron curtain”, according to the secretary of defense

The new cold war and its effects on our region