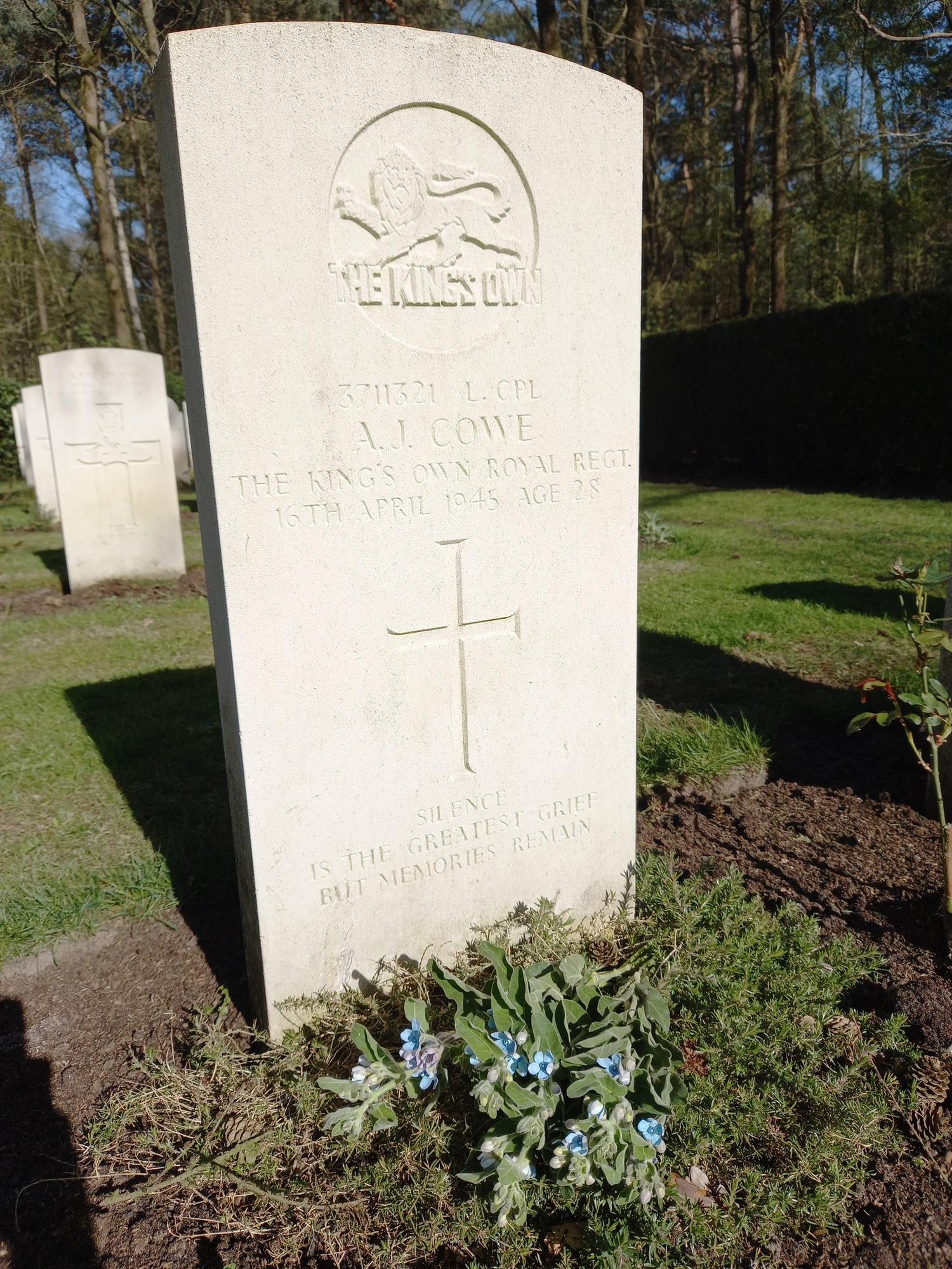 Anne and Dennis Peeters, from the small town of Baarlo in the southern province of Limburg, live 22 miles from the WWII war cemetery at Overloon, where 279 British and Commonwealth graves are located.

Among the graves is that of a Fleetwood man, Alexander Johnstone Cowe, who fought for the 1st Battalion, King’s Own Royal Regiment and was killed on April 16, 1945, aged just 28.

Tragically, he died just a month before the end of the war.

The war grave of Fleetwood man AJ Cowe, Overloon in the Netherlands, was adopted by Dutch couple Dennis and Anne Peeters

His parents, Alexander Johnstone Cowe and Elizabeth Balfour Stott Cowe, had moved from Aberdeen several years earlier to live in Fleetwood, where the young Alexander grew up.

“I make sure it smells like rotten meat at all times.” Blackpool Tower Dungeons…

Anne, 29, and Dennis, 31, tried to find more information to get a better picture of Alexander and contacted the Facebook site, Fleetwood Our Great Town, whose members spread the word to try to help them.

The couple have now begun to liaise with relatives of Alexander who still live in Fleetwood.

Anne said: ‘The reason we decided to take care of the grave is that Dennis has always had a great interest in history, especially the two world wars.

“We want to visit as many World War cemeteries together to honor fallen heroes.

“Now that we are expecting our first child together, we thought it was the right time to adopt the grave of a fallen soldier.

“We want to teach our child that something as natural as freedom is a great good.

“Courageous young men fought for our freedom, paying the highest price – their lives.

“We think it is important to remember the terrible years that were the two world wars, especially since Dutch youth have a decreasing level of knowledge and interest in the world wars.

“So to honor these heroes, we started looking for a grave that could be adopted and found the grave of Alexander Johnston Cowe.

“Now we want to get more information about his life, his years of service and his family.”

A member of Fleetwood Our Great Town posted: “What a fantastic gesture, thank you both so much.”